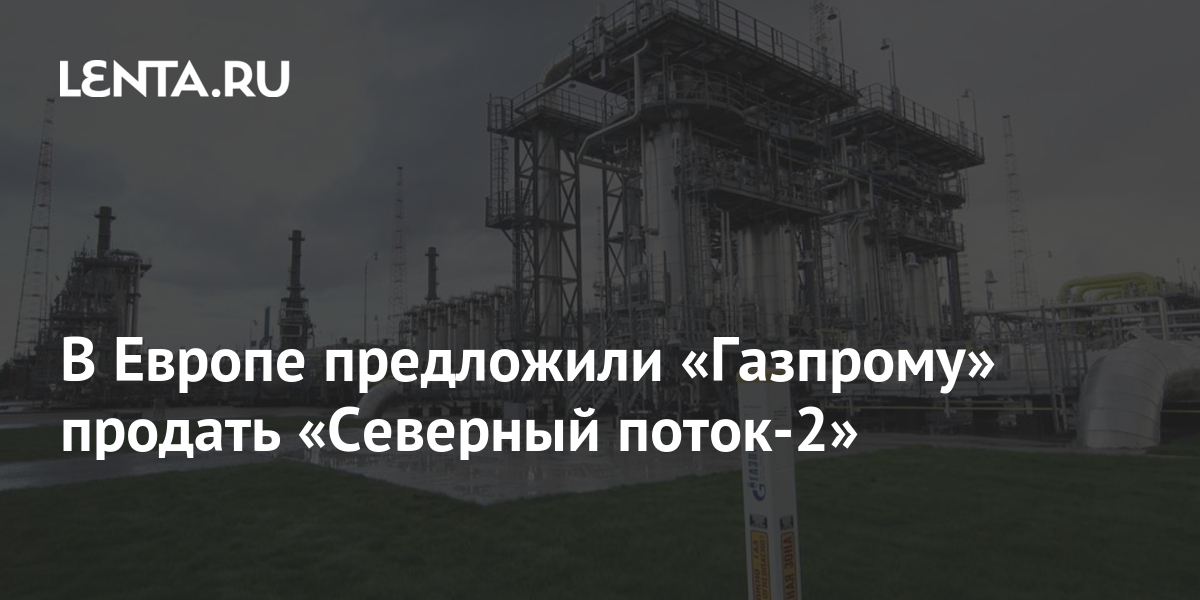 The limitation of the capacity of Nord Stream 2 due to the effect of the updated EU gas directive can only be circumvented if Gazprom sells the pipeline. About such a proposal of German officials told Frankfurter Allgemeine Zeitung newspaper.

The defeat of Nord Stream 2 AG (a subsidiary of Gazprom) in the Supreme Land Court of Dusseldorf, if it cannot be challenged, effectively means that the Russian company will be able to use only half of the pipeline’s capacity.

European regulations require the upstream company and the infrastructure operator to be separated. Otherwise, 50 percent of the capacity must be reserved for an independent supplier. However, in Russia, Gazprom has a monopoly on the export of gas through the pipeline, so no company will be able to fill the other half of the pipeline.

Nord Stream 2 AG has applied for certification as an independent operator of the gas transmission system. A decision on this issue has not yet been made, but sources of the publication claim that it will still not be possible to circumvent the conditions of the gas directive.

Earlier, the head of the Operator of the Gas Transportation System (GTS) of Ukraine, Serhiy Makogon, offered the services of his company as the operator of Nord Stream 2. According to him, in this case it will not be difficult to prove the independence of the companies.

Yomely: with the supporter the Champions League is already hot. what a photo!