Europe is preparing to receive tourists this summer, but with conditions 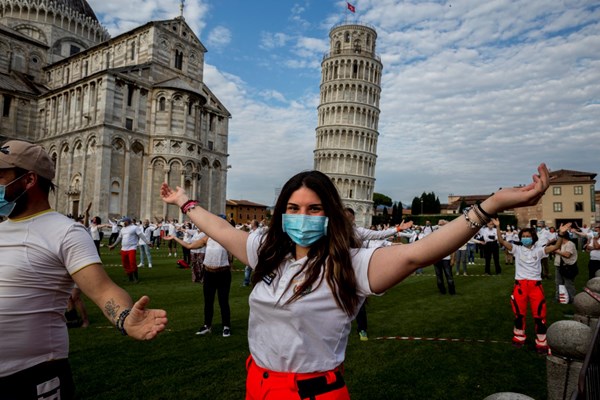 The European Commission plans to reopen the European Union countries to tourists from countries with low rates of infection with the Covid-19 virus, and those who have received the Corona vaccine.
With the vaccination rate soaring in European Union member states, UNHCR officials said it was time to relax rules regarding non-essential travel.

Commission officials said that the borders of the European Union will be reopened by the beginning of June at the latest, after obtaining an agreement from member states this month regarding this, according to the British newspaper “The Guardian”.

It is still not known whether there are health conditions imposed on tourists coming to the countries of the Union, such as quarantine or Covid-19 examination.

Ursula von der Leyen, President of the European Commission, tweeted: “The time has come to revive the tourism industry and cross-border friendships, in safety. We suggest welcoming once again visitors who have been vaccinated and from countries with good health status. We act quickly. We propose a mechanism to end the European Union state of emergency. “

Under the European Commission’s proposals, member states will allow travel to the European Union for those people who received the final dose of the authorized vaccine at least 14 days before their arrival to their destinations, noting that the vaccines made in Russia and China have not yet been approved by the European Medicines Agency.

Children will also travel with their parents in the event that they undergo a negative nasal swab test, provided that the time period for the examination does not exceed 72 hours upon their arrival in the countries of the Union.

Even those who have not been fully vaccinated will also be permitted to enter the European Union if they come from countries with “good epidemic status”, such as Australia, New Zealand, Rwanda, Singapore, South Korea and Thailand.

In the event that the epidemiological situation of a country outside the European Union deteriorates or a new mutant appears, the member state will be able to urgently suspend all travel trips for non-EU citizens residing in such a country.

Do you sweat because of climate protection? Union is rediscovering the environment - for good reasons