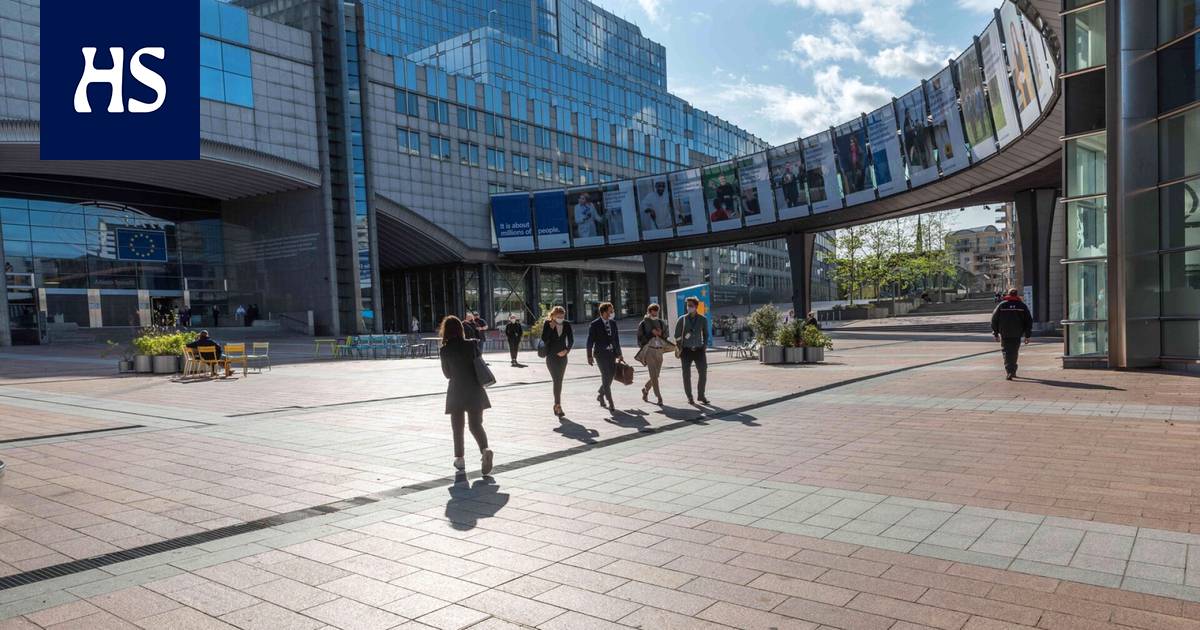 European member states began to restrict the free movement of EU citizens even before the corona pandemic. Anna Simola’s dissertation reveals that immigration in Europe is not easy even for EU citizens.

It was question of life and death. So Spanish Carlos described his decision to accept the work of a school assistant in Brussels.

Carlos had originally moved to the heart of Europe to study for a master’s degree in international journalism. However, after graduating, he could not find jobs in his dream field on time.

That’s why Carlos accepted a job that he said offered nothing professionally, but gave as a “citizen” what he needed most. It was a social security number without which a Spaniard would not have been treated in Belgium for his long-term illness.

“I had thought there would be free movement here. That’s what everyone imagines. That you can look for jobs for as long as you want, ”Carlos says.

“But no. In practice, this is not the case. Because you only have these famous three months. 90 days or you have to leave. ”

Disappointment is shared by many young EU citizens. Finnish doctor of sociology living in Brussels Anna Simola interviewed them in their June dissertation on the mobility of young people within the European Union. Carlos was one of 27 young adults interviewed by Simola.

The interviewees were Nordic and Southern European highly educated people in their 30s who dreamed of an international career.

“Young people assumed that they would expect equal treatment with locals in an EU country. On the spot, many were surprised when the promise of free movement did not come true, ”says Simola.

“Many felt that the system had betrayed them.”

Highly the migration of the educated and highly skilled population within the European Union is increasing. In 2019, just over a third, or 34%, of those who moved within the Union were highly educated. Most often they moved to Germany, Spain, France, Belgium and Austria.

Anna Simola herself moved to Brussels with her boyfriend in 2010. The first job in the new country opened as an assistant in a postgraduate course. The course was aimed at young people pursuing a career in European affairs.

The students were ambitious, the course expensive and demanding. Dream jobs were only available to a small percentage of participants.

“Many felt that the system had betrayed them.”

In the following years, Simola followed closely the flow of educated, language-skilled and forward-thinking young people into the city. Attention was drawn to the kind of struggle these had to go through to advance in their careers.

Many worked with poor employment contracts and working conditions, where flexibility always meant that the employee was flexible. The working days lasted 12 to 14 hours, and many were not paid.

A dissertation was born.

It revealed to Simola that young adults often see dream work as such a big part of their identity that they are ready to stretch for career advancement even at the threat of health.

“Being able to do work that matches your own vocation is perceived as very important for a lifelong project. It will not be released until it is absolutely necessary. ”

Employers took advantage of this passion. At the same time, international workers were also dependent on their employers for another reason. It was more brutal: many young people had been left completely without social security or official legal status in their new home country on the international market.

Even before the crown, European member states began to restrict the free movement of citizens. The man was walking on a street in Brussels in the summer of 2020. Picture: Zhang Cheng / Xinhua

Of the European Union Under the law, EU citizens must have the right to free movement and the opportunity to compete on an equal footing in the European labor market.

The only equally popular is peace between European countries.

Free movement is particularly valued by young people, who also make the most of it. But mobility is not like before.

The European Union has never taken an open political decision to restrict free movement, Simola recalls. Yet, in practice, the treatment of foreign EU citizens has tightened in many Member States.

Stable jobs and livelihoods are increasingly required for longer stays. For example, internships or fixed-term employment may not be enough. And more is rarely offered to young people.

The line of the European Court of Justice has also changed like a stealth.

“There has been some debate in the scientific community about whether the change is about increasing anti-EU sentiment in member states. Will it be given up a little for fear? ”

EU citizens are generally aware of their right to free movement, but for many the practical details are obscure. Eurobarometers also show that the majority of EU citizens do not know how to act if their rights are not realized.

EU citizens is not physically deported in the same way as asylum seekers. There are no return flights from Brussels to Southern and Eastern Europe.

However, there will be prompts to leave. Belgium, for example, has sent a letter of formal notice to more than 16,000 EU citizens.

“It’s a kind of administrative death. The person is removed from the systems and no longer officially exists. ”

And it is not just about the support of the welfare state. Without an identity card, it can also be difficult or impossible to open a local bank account or rent an apartment, for example.

Due to the heavy bureaucracy and the fear of conversion, some of those who enter the country do not go to formalize their position from the beginning. The end result is the same. Man does not legally exist.

“It’s a kind of administrative death. The person is removed from the systems and no longer officially exists. ”

In the past studies have paid little attention to the role of the welfare state in youth mobility. That surprised Simola.

“The starting point is that the welfare state would be a side issue for young people. And that young people would not be dependent on it. ”

The corona era has made it even more difficult for young Europeans to find work and reduced their mental well-being. Students demonstrated against social isolation and insecurity in Brussels in February. Picture: Valeria Mongelli / Zuma

However, based on Simola’s research, the security of livelihood guaranteed by social security is crucial. Uncertainty affects the lives of young adults in almost every area of ​​life.

“It stretches the transition to adulthood and determines if a person has opportunities to build their lives and even consider things like starting a family or buying a home.”

Bad working conditions are often surprising, especially for northerners, such as Finns. This highlights the differences in the countries of origin of EU citizens.

Some returnees expect extensive social security in their home countries, but others are more vulnerable.

Indeed, the Nordic people only tolerated poor working conditions if it promoted their career goals. When jobs in their own field ceased, they returned to their home countries for periods of unemployment.

Southern Europeans, for example, did not have this opportunity. For many of them, returning would also have meant returning home to childhood.

“Southern Europeans felt that a return meant abandoning the goal of never getting a meaningful job in their field. That’s why many stayed in Brussels, even though it could mean years of interlude in various jobs from childcare to the service industry, ”says Simola.

While Southern and Eastern Europeans made their lives work in the wrong field, they often promoted work in their own field through volunteer work projects.

Simola sees a clear contradiction between the European Union’s practice and its promises. Young Europeans are encouraged to go international by both grandiose speeches and by funding exchanges and traineeships.

For example, the Erasmus program for university exchanges received funding of more than € 26 billion for 2021-2027. The amount is clearly higher than the funding of the previous seven years, which was just under EUR 15 billion.

It is no wonder, then, that young people expect internationalism to open its doors. In practice, many face discrimination in the international market and, at the same time, suffer as they compete for different rights.

“This does not mean that free movement could not succeed. But there are risks that young people should be told when they are encouraged to move. ”

Demonstration of young people working in the field of culture and events in Brussels in April 2021. Picture: Nicolas Maeterlinck / Belgium