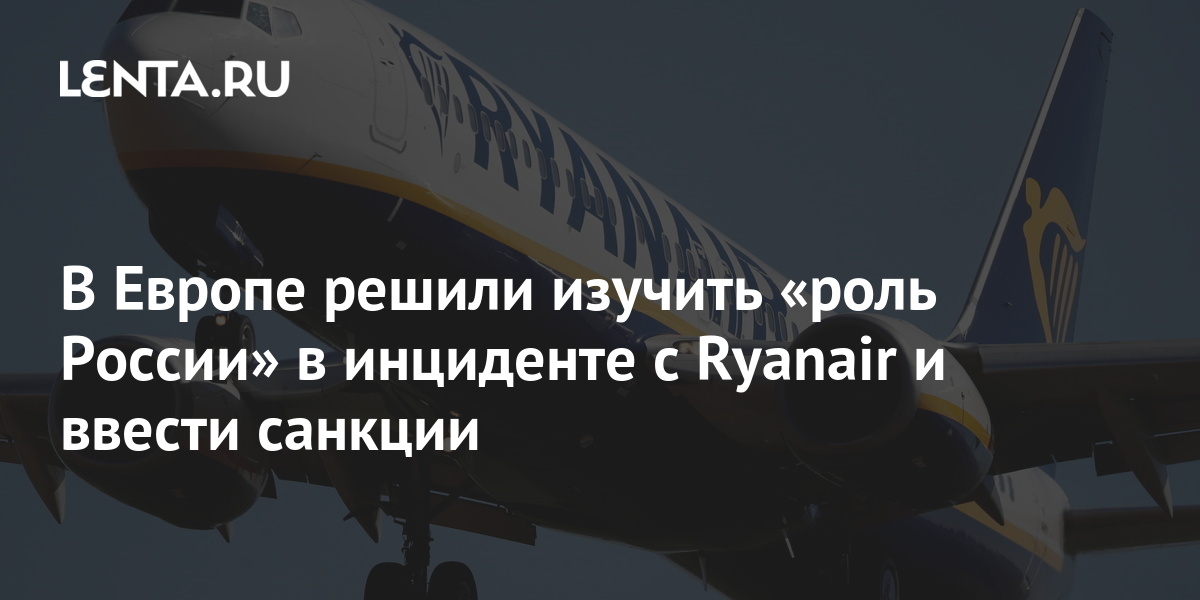 In a resolution on the situation in Belarus, the deputies of the European Parliament decided to “study the role of Russia” while investigating the incident with the landing of the Ryanair aircraft in Belarus. Writes about it RIA News…

The deputies intend to vote on the draft resolution on Belarus on Thursday, June 10. At the same time, it is noted that the decision of the European Parliament is not obligatory for execution, it is a recommendation for the countries of the European Union.

The draft resolution also states that any Russian who is directly or indirectly involved in the plane incident should be sanctioned under the EU’s global sanctions regime for human rights violations.

On June 3, it became known that the EU is preparing sanctions against Belarus and some progress has already been made. In particular, the European authorities have introduced an official ban for Belarusian airlines on flights over the territory of the European bloc or landing at the airports of its countries. The EU also plans to impose restrictions on large companies in the country.

On May 23, a Ryanair plane en route from Athens to Vilnius made an emergency landing in Minsk after reports of mines from Minsk airport. To escort the aircraft, a MiG-29 fighter of the Belarusian Air Force was raised. Immediately after landing, the Belarusian security forces detained Roman Protasevich, the former editor-in-chief of the opposition Telegram channel NEXTA, who was on board. The European Union and the United States considered it an act of state terrorism.