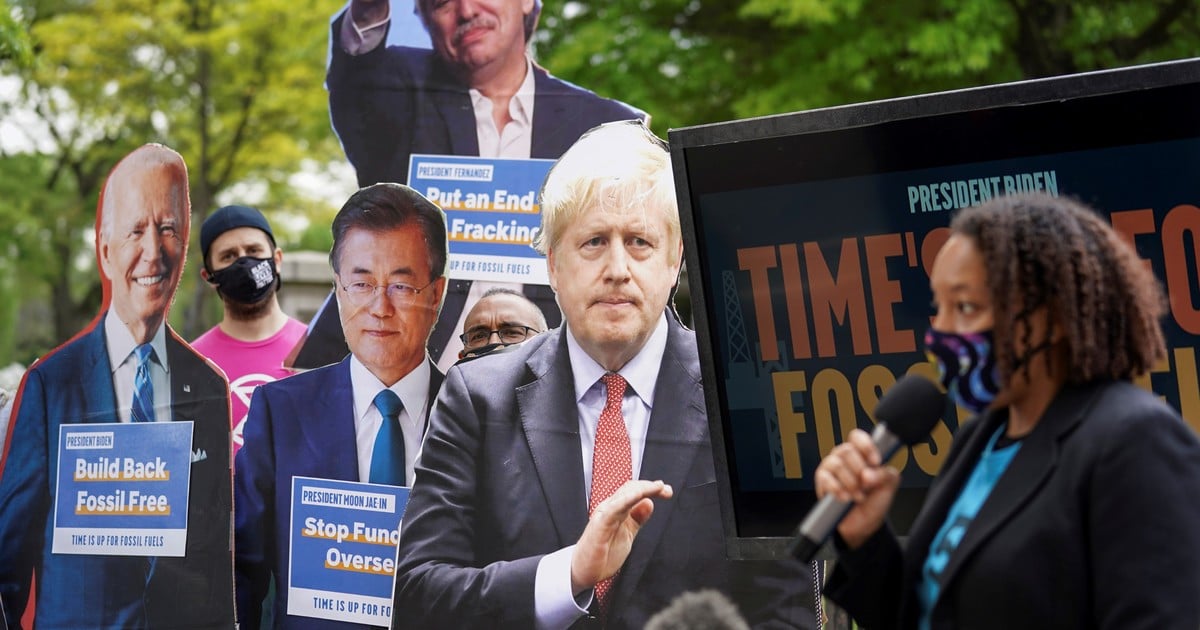 The European “climate law” already has its basic piece. The institutions of the European Union and the governments of the bloc reached an agreement in the early hours of this Wednesday so that the reduction of polluting emissions arrives in 2030 55% taking 1990 emissions as a reference.

It is an increase of 15 points from the 40% that governed in European regulations until now and brings the bloc closer the elimination of polluting emissions in 2050.

The pact is a midpoint between the 50% that more than half of the Member States wanted and the 60% that the European Parliament demanded, which is always a few years ahead in the fight against the climate crisis.

The announcement comes just in time for the European Union to present it at the summit (via videoconference) that the United States will celebrate this Thursday and Friday.

March against climate change in London in February 2020. Photo: dpa

At that summit, the US government is expected to announce your own goals reduction of emissions. China will also participate and even Brazilian President Jair Bolsonaro is expected, a leader who has created an image of an environmental village that he will try to get rid of.

The official target is 55% but it is actually 52.8%. Those 2.2 missing points are achieved by increasing the carbon sequestration capacity in sinks underground. If the forecasts for this technology are fulfilled, explain community sources, a reduction of 57% could be reached.

Not everyone is happy

The deal does not leave anyone happy. To those who wanted more ambition because, for example, a 55% reduction in emissions is a European level objective that the European Union as a bloc must meet, but not each Member State. It means that it could be achieved with Sweden reducing its emissions by 80% and Poland by 30%.

Environmentalists in the European Parliament also regret that two highly polluting sectors such as aviation and maritime transport are not included in the reduction of emissions, although in principle it will be included in the “climate law” prepared by the European Commission. There is also no clear timetable for states to stop subsidizing fossil fuels.

It also includes advances that are applauded by the most environmentalists, such as the creation of a European Scientific Council that will monitor government policies and issue recommendations. Although they are only recommendations, no European government likes to be pointed out by bad policies from the European Commission. The negotiation also agreed that all future legislative proposals, including budgetary ones, are consistent with the reduction of emissions.

Pascal Canfin, one of the men in Brussels of French President Emmanuel Macron and president of the Environment Committee of the European Parliament wanted to point out the positive part: “in nine years we are going to make two and a half times more effort than the fact in ten years.” The key is that now reducing emissions stop being a political promise to be a legal obligation.

The vice-president of the European Commission in charge of the fight against the climate crisis, Frans Timmermans, reacted by saying that the agreement was “a Historic moment for the European Union. It reinforces our position in the world as leaders in the fight against the climate crisis. For the Portuguese government, which holds the six-month presidency of the European Union, the agreement also serves “as a strong signal to the world.”

Kremlin responds to Czech demand to accept expelled diplomats back

Getafe-Real Madrid: schedule, TV and how and where to watch live