Europe agreed on a plan to save gas 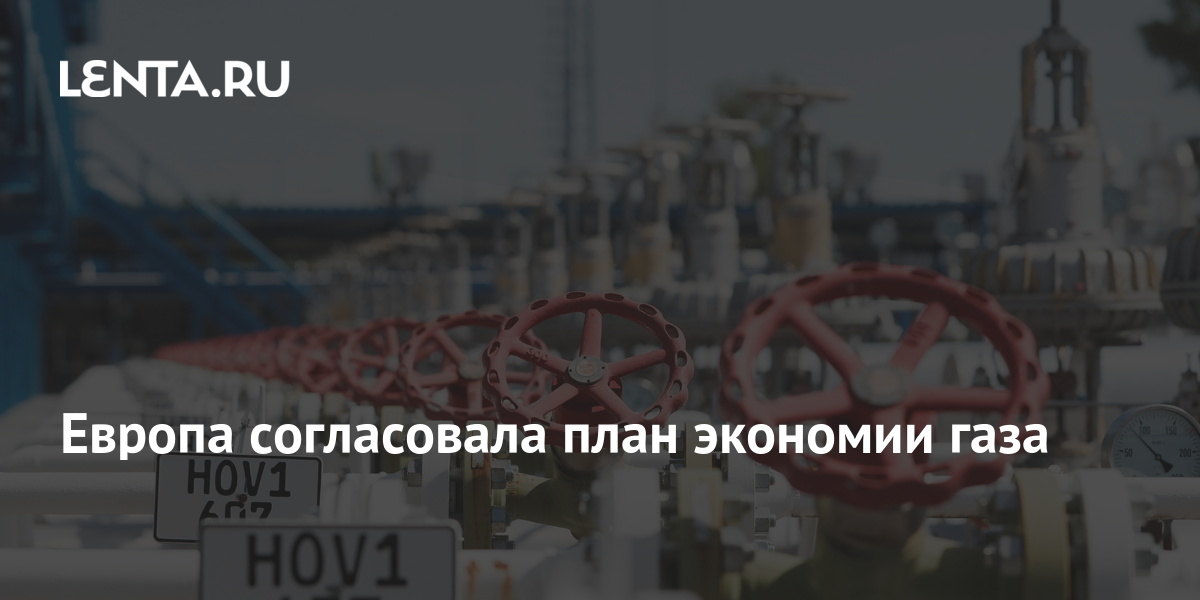 The countries of the European Union have agreed on a plan that involves voluntary gas savings in the coming winter. About it says in a communication from the Council of Europe.

“In order to increase the energy security of the EU, the Council today agreed on a document that provides for a voluntary reduction in demand for natural gas by 15 percent this winter,” the press release said.

However, the measures also provide for the possibility of declaring a “Union alert”, which implies a mandatory reduction in consumption. “The purpose of reducing demand for gas is to build up reserves for the winter in order to prepare for possible problems with supplies from Russia,” the Council of Europe said, also saying that Moscow “uses gas as a weapon.”

The measures cover the period from August 1 to March 31, 2023, a decrease is expected compared to the average for the last five years, countries can choose specific solutions to achieve the goal. For those states that are not connected to the bloc’s common gas system, exceptions are provided: they will not be able to release additional volumes in the interests of their neighbors.

Agreements on the plan were reached at the end of July. It is known that concessions were made by Spain and Portugal, which have the ability to import liquefied natural gas, but are limited in its export to other countries in the region.

The issue of fuel economy in Europe has become more relevant against the backdrop of a reduction in supplies via Nord Stream: Gazprom has reduced pumping volumes since mid-June, citing problems with equipment.