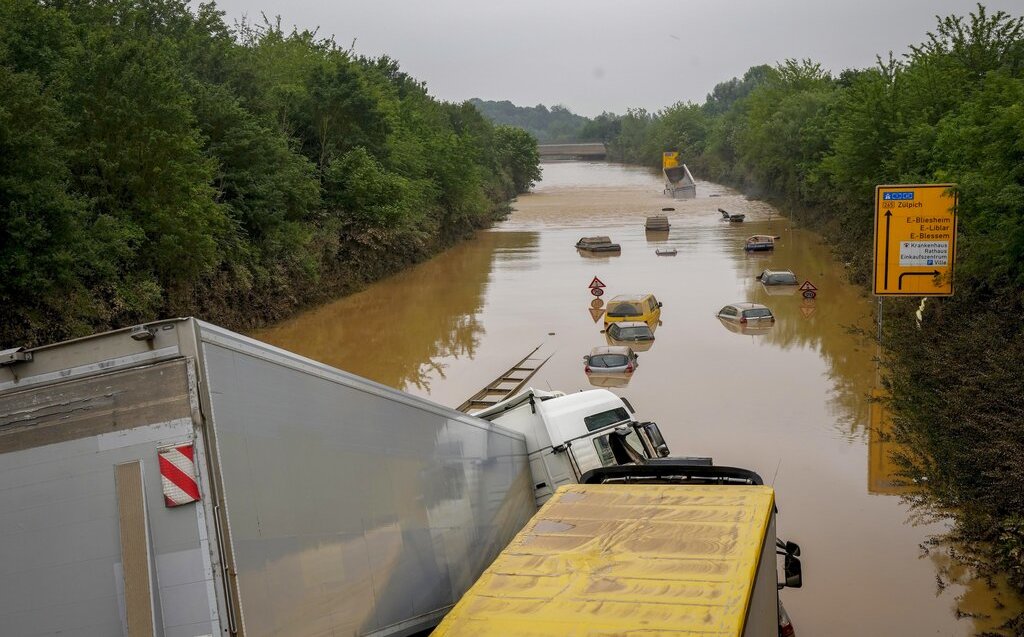 The death toll in the floods in Western Europe exceeded 150 people, as rescuers worked to clean up the devastation and prevent further damage.

Police said more than 90 people lost their lives in the Ahrweiler area of ​​western Germany, one of the most affected, and fears that there may be more deaths. On the eve of the events, the authorities gave a total count of 63 deaths throughout the state of Rhineland-Palatinate, where Ahrweiler is located.

Another 43 people were declared dead in the state of North Rhine-Westphalia, the most populous state in the country. The national crisis center of Belgium confirmed 24 deaths and added that it is possible that this number will increase.

Today, the waters receded in much of the affected regions, thus revealing the extent of the damage.

German President Frank-Walter Steinmeier was scheduled to travel to Erftstadt, southwest of Cologne, where on Friday a rescue operation was carried out to get out the people who were trapped when the floor gave way. At least three homes and part of a mansion collapsed in the town’s tourist district.

The German Army used armored vehicles to remove cars and trucks that were washed away on a nearby highway, some they were still partially submerged. The authorities feared that some people had not managed to escape, but so far no more victims have been confirmed.

Many areas were still without electricity or telephone service, something that, together with the multiple counting in some cases, seems to explain the high number of missing reported by authorities after the floods.

Some 700 people were evacuated from part of the German town of Wassenberg, on the border with the Netherlands, after a dam on the Rur river broke.

Railways and roads were still blocked in many areas of eastern Belgium. The national train service said it will return to normal operation on Monday.

In addition to Germany and Belgium, some regions in the south of the Netherlands have also been affected by heavy flooding.

The volunteers worked overnight to reinforce levees and protect roads. Thousands of residents in the southern towns of Bunde, Voulwames, Brommelen and Geulle were able to return home in the morning after being evacuated.

In Switzerland, heavy rains caused several rivers and lakes to overflow. In the city of Lucerne, several pedestrian crossings over the Reuss River were closed.