Eurocup: Switzerland fell asleep and let the victory slip away against Wales 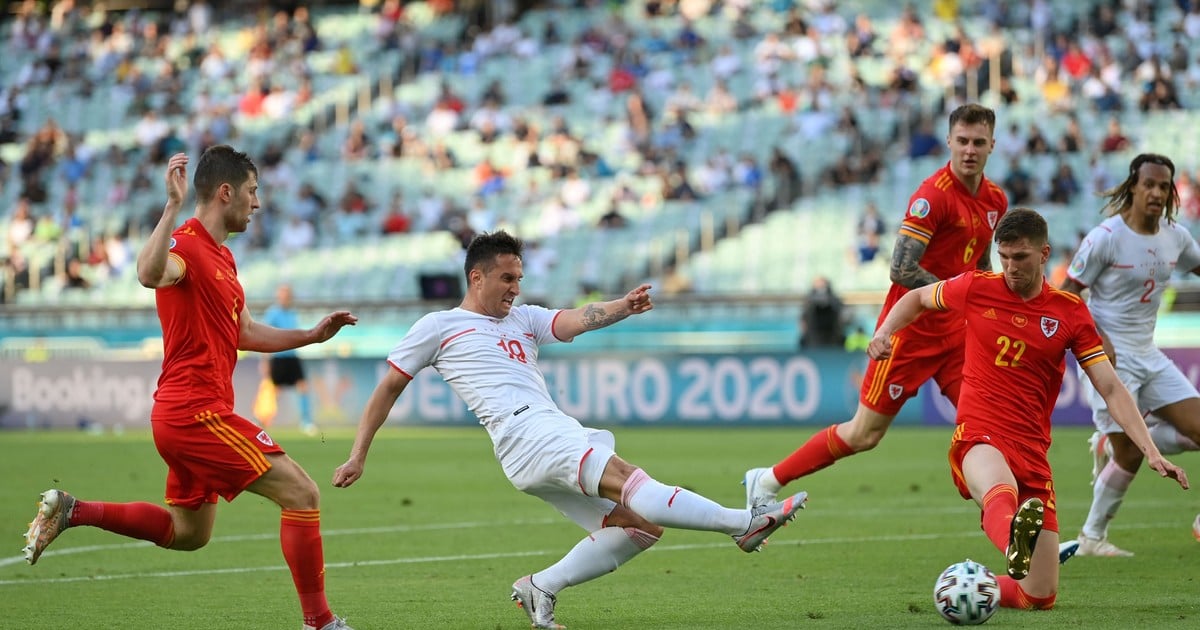 Switzerland and Wales drew 1-1 at the Baku Olympic Stadium in the debut of both teams in Group A of the Eurocup. In this way, they share the second place in the area led by Italy, which on Friday had started its path in the tournament by beating Turkey 3-0 in Rome.

The game in the beautiful Azerbaijani capital was planned from the beginning as a duel of styles. The Swiss, who have an oiled system developed during the seven years of Bosnian coach Vladimir Petkovic’s tenure, bet on patient possession of the ball, the imbalance that Granit Xhaka and Xherdan Shaqiri could generate, and the power of Breel-Donald Embolo.

Wales, who in 2016 had reached the semifinals in their first appearance in the Euro, limited themselves to waiting orderly in their field and playing their chips at the speed of Daniel James and Gareth Bale.

Despite their unambitious stance, the team led by Rob Page (he had to replace Ryan Giggs, who in January will face a trial for having attacked his ex-partner) had the clearest chance of the first half, with a header from Kieffer Moore that goalkeeper Yann Sommer sent for a corner.

In a barely modest first chapter, the Helvetians also had theirs at 20 minutes with a beautiful Fabian Schär cue that forced a reaction from the pure reflex of the keeper Danny Ward.

At the start of the complement, Petkovic’s multicultural cast found the advantage thanks to a corner from the right by captain Xhaka, of Kosovar origin, and a scoring header from Embolo, of Cameroonian descent.

The goal was not only a benefit for the Helvetians, but also for the game. Because only then did the Welsh alarm clock go off, who left the cave and launched themselves much more determined to hunt for a tie.

In that Switzerland gave them a hand, since it chose to withdraw and favored the advance of its rival. With one of their favorite resources, the British reached the brown after 29 minutes: at the exit of a corner from the right, the Swiss defense failed, Kieffer Moore anticipated after a short cross from Joseff Morrell and beat Sommer.

The last quarter of an hour was the best of the duel, since both teams played the rest in search of victory and had their chances to achieve it. The clearest ones belonged to Petkovic’s team, but they were frustrated by Ward, who stood out before a header from Embolo, and by VAR, who came into action to cancel a maneuver that had ended with the ball in the net driven by Mario Gavranovic .

The next presentation of these two teams will be on Wednesday: Wales will meet Turkey in Baku at 1:00 p.m. and Switzerland will travel to Rome to face Italy at 4:00 p.m. at the Olympic Games.

This Saturday there will be two other matches of the Eurocup, corresponding to group B: Denmark will receive the debutant Finland at 13 at the Parken Stadium in Copenhagen and Belgium, one of the great favorites to win the title, will face Russia at 16 in Saint Petersburg.