Euphoric, Guillermo Moreno broke all protocols in a campaign act and a Peronist mayor denounced him 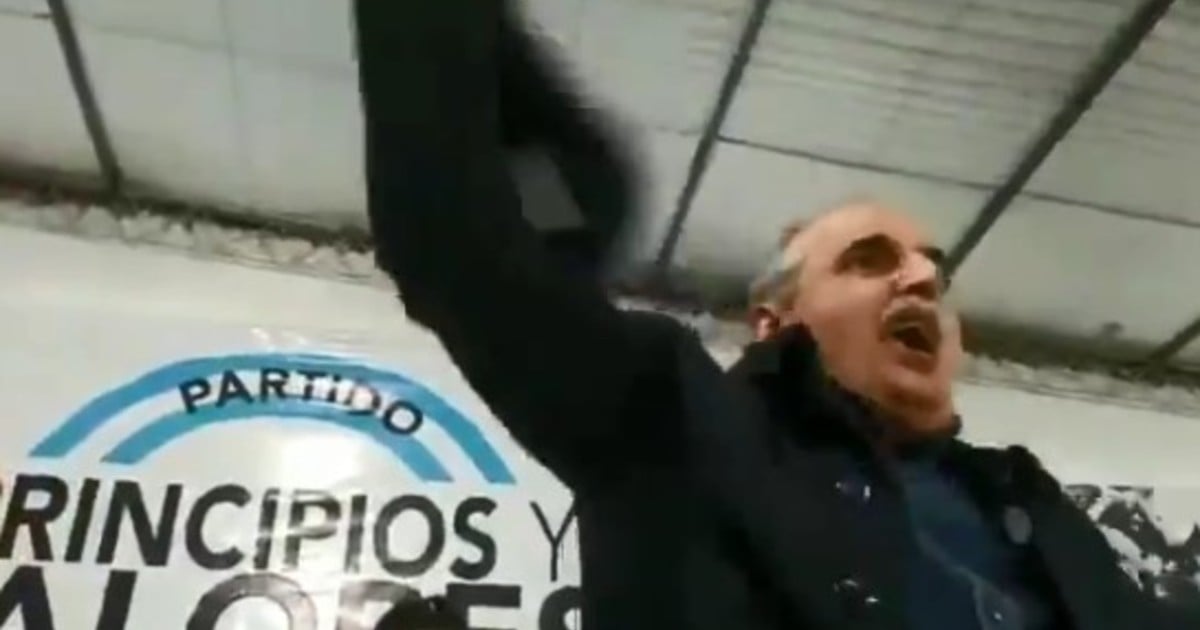 Former Secretary of Commerce Guillermo Moreno was involved again in the middle of a controversy due to a political act in a closed space where the protocols and health care for the coronavirus were not respected in Argentina.

Euphoric, without a mask or social distancing and haranguing people from the stage, the former Kirchner official led a campaign event for the “Principles and Values” party, with which he will run in the next legislative elections.

After the controversy that the event generated, the mayor of Almirante Brown, Mariano Cascallares, instructed the municipality to “take the corresponding legal actions against the violations of sanitary measures that were committed this afternoon during an act in the town of Ministro Rivadavia “.

Through his Twitter account, the communal chief remarked that these breaches of the covid-19 prevention measures cannot be missed in the midst of efforts against the pandemic.

“The pandemic did not end. That is why today more than ever we must continue taking care of ourselves and comply with all the health regulations set by the national government and its Buenos Aires counterpart, “said Cascallares.

Today I gave express instructions so that from @MunicipalityBrown The corresponding legal actions are taken against the violations of the sanitary measures that were committed this afternoon during a ceremony in the town of Ministro Rivadavia. https://t.co/gm1nHStuhx

The former official said that the act was carried out in a “shed” for 30 or 40 people, which overflowed its capacity when followers of the evangelical pastor Julio Carrizo, who is also a pre-candidate of his force, joined in.

“Here we were two meters away on stage. People took care of themselves, people were fine. People had a moment of happiness“Moreno said this Tuesday in dialogue with radio La Red.

Regarding Mayor Cascallares’s complaint, he said that “he has every right”, but assured that “with the capacity it is possible” to carry out this kind of campaign event.

When asked if he regretted having carried out the act without the care protocols, he replied: “What am I going to regret?”. At the same time he assured that he will continue campaigning in this way.

“Inside the law everything, but outside the law nothing. It cannot be considered that a neighborhood has the same criteria as Juramento and Cabildo and I ask that we understand this, “Moreno tried to justify.

In addition, he pointed out that Vice President Cristina Fernández de Kirchner is going through her “worst political moment” because her project was finished. “This political project of the Frente de Todos is finished”, he sentenced.

Although the figure of Máximo Kirchner stood out, to whom he recommended less reading of Laclau and more of Perón, along with that of the head of the Chamber of Deputies, Sergio Massa.