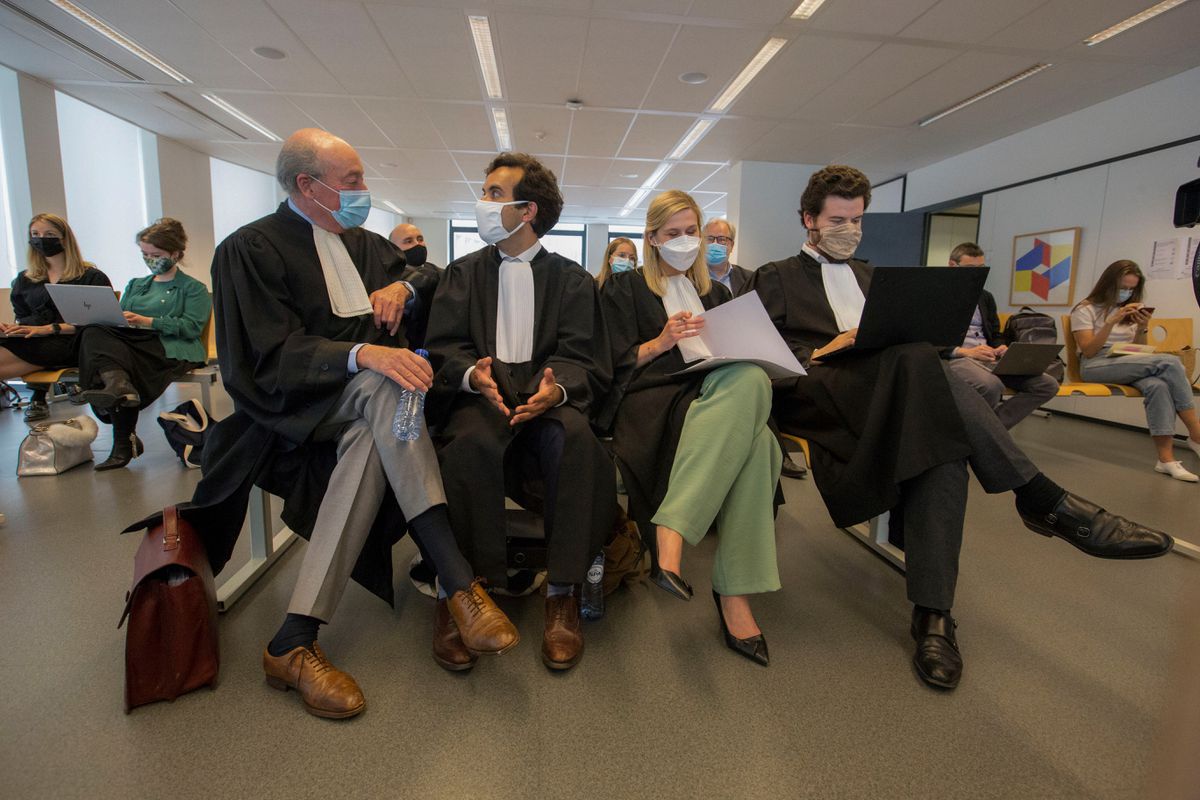 AstraZeneca’s covid-19 vaccine delivery schedule to the European Union will be subject to judicial control from this Friday. The Belgian Court of Justice that is settling the lawsuit between the European Commission and the Anglo-Swedish laboratory has granted part of the precautionary measures requested by Brussels and has set a first delivery schedule under penalty of a fine of 10 euros for each dose not delivered: it must supply 50 million doses before September 27. This is the first skirmish in a battle that is expected to be long but which, for the moment, points to a victory for the European Union.

Both parties have been quick to show their satisfaction with this first verdict, which comes after an emergency procedure to demand control measures over the company while the main lawsuit is resolved (as of September).

The president of the European Commission, Ursula von der Leyen, has affirmed that the decision of the court “is a clear recognition” that the contracts of reservation of purchase of the EU “have a solid legal base”. The pharmaceutical, for its part, highlights that the judges have not accepted the delivery schedule claimed by Brussels, which aspired to a total of 120 million doses until the end of June. And they recall that in this first part of the trial the court has not yet ruled on the merits of the lawsuit, in which the Commission accuses the company of having seriously breached the contract signed in August last year for the delivery of 300 million euros. doses until the end of June 2021.

The court order of the French-speaking Court of First Instance in Brussels sets a much more relaxed schedule, with 15 million doses until July 26; 20 million until August 23; and another 15 million until September 27. The judge who has settled the request for precautionary measures also sets compensation of 10 euros for a dose not delivered compared to 10 euros a day for each dose that the Commission’s lawyers claimed.

But the community body emphasizes that, beyond the specific conditions of the delivery process, the important thing is that the judges recognize their interpretation of the contract “and that AstraZeneca has committed a serious violation of it.” Community sources add that, in addition, the company “will no longer be able to use as an excuse that it cannot use its factories in the United Kingdom for the supply of the EU” because the judges demand that the British plants be used, if necessary.

The practical impact of the ruling is doubtful because, according to Brussels, AstraZeneca has sped up the delivery process since the lawsuit began. The court order implies that the EU must receive 80 million doses until the end of September, of which it has already received 65 million, according to data from the European Center for Disease Prevention and Control. The company, therefore, seems in a position to comply with the order of the judges without exposing itself to any sanction.

AstraZeneca sources assure that by the end of June they will have already exceeded the threshold of 80 million doses. Those sources add that the case will have no impact on its rate of distribution and describe the court order as very limited.

But the victory of the EU is not pyrrhic, as it may seem, because in this first lawsuit the Belgian justice has already accepted a large part of the Commission’s arguments. Community sources ensure that the verdict sets the pattern that Belgian judges will follow if the company persists in delivery delays. As of September there will still be 220 million doses pending to fulfill the contract, which could be the subject of new court orders. Brussels wanted the Belgian justice to set the deadlines for all pending doses, but the judge has considered that request “premature” and has rejected it. Still, Brussels celebrates the deadlines set for the third quarter of this year.

“From now on, delivery commitments are no longer free but subject to judicial review”, they celebrate in the Commission. Brussels is confident that after this first ruling in favor of its thesis, the unpredictability in the relationship with AstraZeneca will end. The same sources have recalled that the EU continues to need the doses of that company for its vaccination campaigns.

The Belgian justice indicates in its order that the pharmaceutical company has not fully detailed the distribution calendar that should have been followed since the vaccine was authorized. But they add that this lack of clarity does not prevent them from imposing measures on the company because at first glance “the apparent lack of AstraZeneca has had a sufficiently certain negative impact on delivery planning.”

The court accepts that the scale of the logistical operation required to produce millions of vaccines and distribute them in the 27 EU states may justify certain difficulties. But it considers that AstraZeneca has not acted with transparency regarding the execution of the contract whose breach is resolved.

The judge is not sparing the European Commission either. “The European Union could have been more critical of the information [sobre retrasos] and it could have referred us before the problem of delays in deliveries, “says the court order. And it warns that it takes into account this apparent negligence of the Union when it comes to making a pronouncement.

In spite of everything, the court opts for imposing a precise but undemanding timetable that AstraZeneca must adhere to from now on. And it underlines its distrust towards the company with the provision of penalties in case of new breaches. “In view of the position it has taken since the negotiations [del contrato] and its multiple aborted advertisements, it is to be feared that AstraZeneca will not execute this decision or that it will not do so quickly enough to preserve the rights of the European Union ”, says the judge in her order. And he adds that “it is justified to accompany the aforementioned sentence [a cumplir un calendario de entregas] with a penalty ”.

The court says the fine must be high enough to compel AstraZeneca to comply. But it rejects the Commission’s proposal, which wanted a fine of one euro per dose and day of delay, considering it disproportionate to the price of the vaccine, which amounts to 2.9 euros per dose. The judge sets a penalty of 10 euros, destined to the coffers of the EU, for each dose of less. Penalties will be computed at the end of each fixed term (July, August and September). 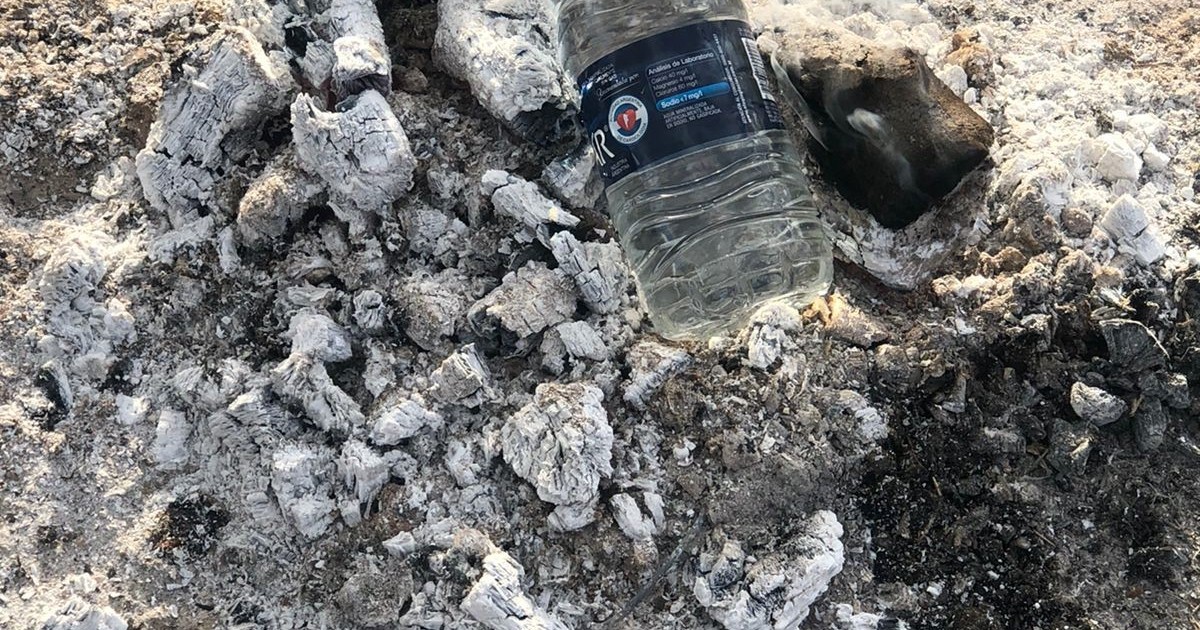