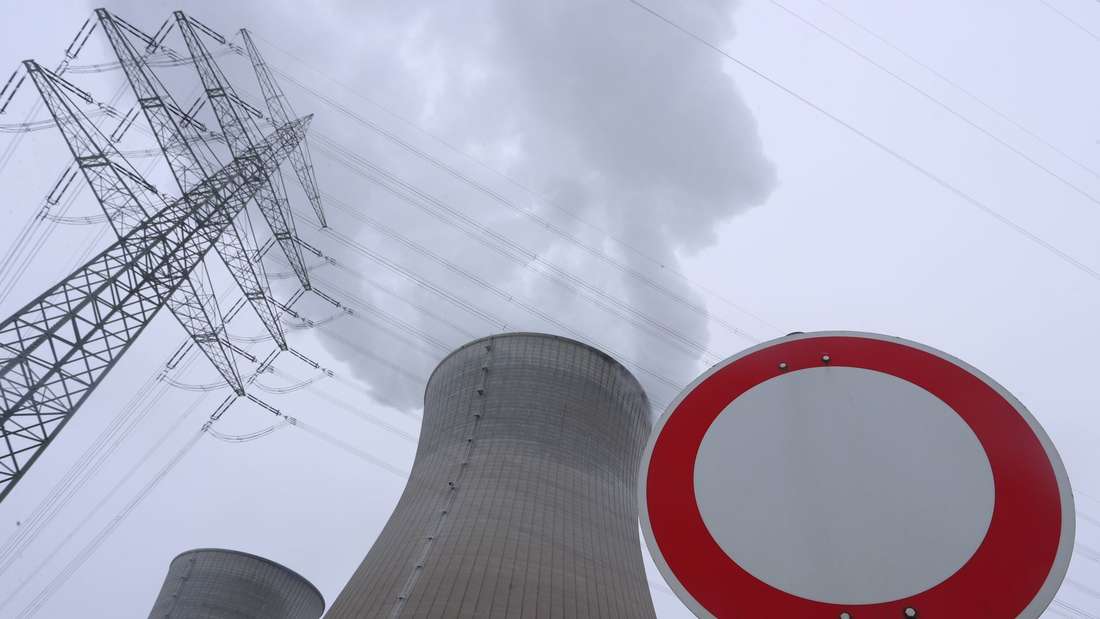 The EU Commission’s plan to classify certain investments in nuclear and gas power plants as sustainable is causing a stir – especially among the Greens.

Berlin – After the controversial proposal of the EU Commission for the indirect funding of modern nuclear and gas power plants, the question arises as to how the red-green-yellow federal government deals with it.

“We will now quickly examine the EU template and coordinate our efforts in the federal government,” said Environment Minister Steffi Lemke of the “Rheinische Post” (Monday). The Green politician had already sharply criticized the Commission’s plans for nuclear power at the weekend, as did Economics and Climate Protection Minister Robert Habeck (Greens).

“The EU Commission creates the great danger of blocking and damaging really future-oriented, sustainable investments in favor of dangerous nuclear power,” said Lemke of the “Rheinische Post”. “I also consider the intake of natural gas to be questionable.” Finance Minister and FDP leader Christian Lindner, on the other hand, commented positively on the proposal with regard to modern gas-fired power plants.

The deputy leader of the FDP parliamentary group, Lukas Köhler, made it clear that, from his point of view, blocking the EU proposal is not an option. “From our point of view, there will be no qualified majority against the Commission’s proposal on nuclear power, so it is right to continue working on this proposal,” he told the “Welt”.

See also  The Dutch in France follow elections: "A lot of arguing between the candidates"

The FDP party vice-president Wolfgang Kubicki told the “Bild”: “In any case, we have to find a consensus within the traffic lights on how we can achieve the balance between the goals of CO2 reduction and a stable energy supply. Bans on thinking of any kind do not help. “With a view to the criticism of Habeck and Lemke, he said, according to the report:” By the way, you are not a good European if you only accept decisions that suit you. “

Gas as a transition technology

CSU regional group leader Alexander Dobrindt warned that a European energy mix must be able to differentiate itself from energy generation in Germany. “The traffic light parties have to learn that now,” he told the “world”. “Out of nuclear energy, out of coal, out of gas, that can certainly not work for all EU countries at the same time and, incidentally, not for Germany as an energy-intensive country that also needs electricity imports.”

The EU Commission wants to classify investments in gas and nuclear power plants as climate-friendly under certain conditions. This emerges from the draft of a legal act by the Brussels authority, which became public on New Year’s Day – and which caused horror among environmentalists and opponents of nuclear power. Germany had spoken out against including nuclear power in the taxonomy, but at the same time fought for a green label for gas as a necessary transition technology. For countries like France, on the other hand, nuclear power is a key technology for a carbon-free economy. Austria, on the other hand, threatened legal action against the plans.

Rapid recovery of the EU economy – but possible hurdles

The classification of economic activities by the EU Commission as part of the so-called taxonomy is intended to enable investors to convert their investments to more sustainable technologies and companies, and thus make a significant contribution to Europe’s climate neutrality by 2050. It is expected that it will have far-reaching effects, as projects classified as sustainable are likely to be much easier and cheaper to finance.

In addition to Habeck and Lemke, the SPD parliamentary group vice-president Matthias Miersch had sharply criticized the commission’s plans for nuclear power plants. When asked whether Germany should join a possible lawsuit by Austria, Miersch said that discussions and negotiations would be counted on.

“We do not see any approval of the new proposals of the EU Commission,” said Habeck. He also criticized the proposed inclusion of fossil gas in the taxonomy, but also said: “At least the EU Commission makes it very clear here that gas from fossil fuels is only a transition and it must be replaced by green hydrogen.”

Finance Minister Lindner told the “Süddeutsche Zeitung”: “Germany realistically needs modern gas-fired power plants as a transition technology because we are foregoing coal and nuclear power.” From the perspective of climate neutrality, the plants should later be able to be used with hydrogen. That is why the federal government has campaigned for the relevant investments to be effectively possible. “I am grateful that arguments were apparently taken up by the commission,” said the FDP leader. “From our point of view, further improvements are conceivable.” It is well known that the German government takes a different view on the subject of nuclear energy than the Commission. dpa