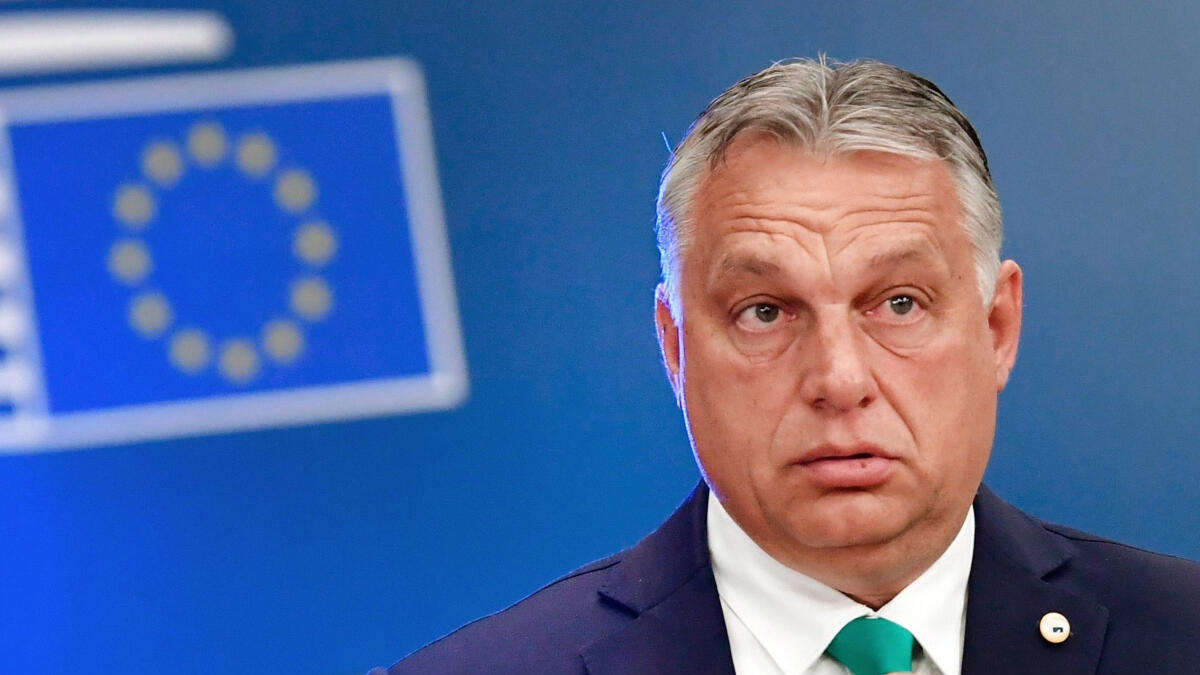 Hungary’s Prime Minister Viktor Orban canceled his trip to Munich for the European Championship game between Germany and Hungary on Wednesday evening. And appeals to Germany.

Munich – The lighting of the Allianz Arena for the European Championship soccer game Germany versus Hungary on Wednesday made waves. UEFA’s ban on illuminating the stadium in rainbow colors met with heavy criticism from many. The action was intended to send a signal for solidarity and human rights. Now Hungary’s Prime Minister seems to be taking the debate to the next level – and thus presenting the EU with a difficult task.

It was originally planned that Viktor Orban * would appear at the European Championship game Hungary against Germany in Munich. After the difficult debate about how to deal with LGBTIQ legislation in Hungary and the sign of solidarity at the Munich Arena, Orban has apparently changed his mind. According to information from the German Press Agency, he canceled his trip to the game at 9 p.m.

And it goes one step further: Orban has appealed to German politicians to accept the UEFA ban on lighting the Munich EM stadium in rainbow colors. “Whether the Munich football stadium or another European stadium shines in rainbow colors is not a state decision,” he told the German press agency. In Budapest, too, according to Orban, “the rainbow colors are naturally part of the street scene”.

The European Football Union UEFA had rejected an application from Munich’s Lord Mayor Dieter Reiter (SPD) to show the arena in rainbow colors. It is “a politically and religiously neutral organization due to its statutes. Given the political context of this particular request – a message aimed at a decision by the Hungarian Parliament – UEFA has to reject this request, ”she said.

The background to the planned protest is a law that restricts the information rights of young people with regard to homosexuality and transsexuality in Hungary and was approved by the Hungarian parliament last week. The law is considered a special concern of Prime Minister Orban.

Germany’s parties were also appalled on Tuesday – except for the AfD. Angela Merkel’s * government now wants to take action against the real stumbling block. (dpa / cibo) * Merkur.de is an offer from IPPEN.MEDIA.