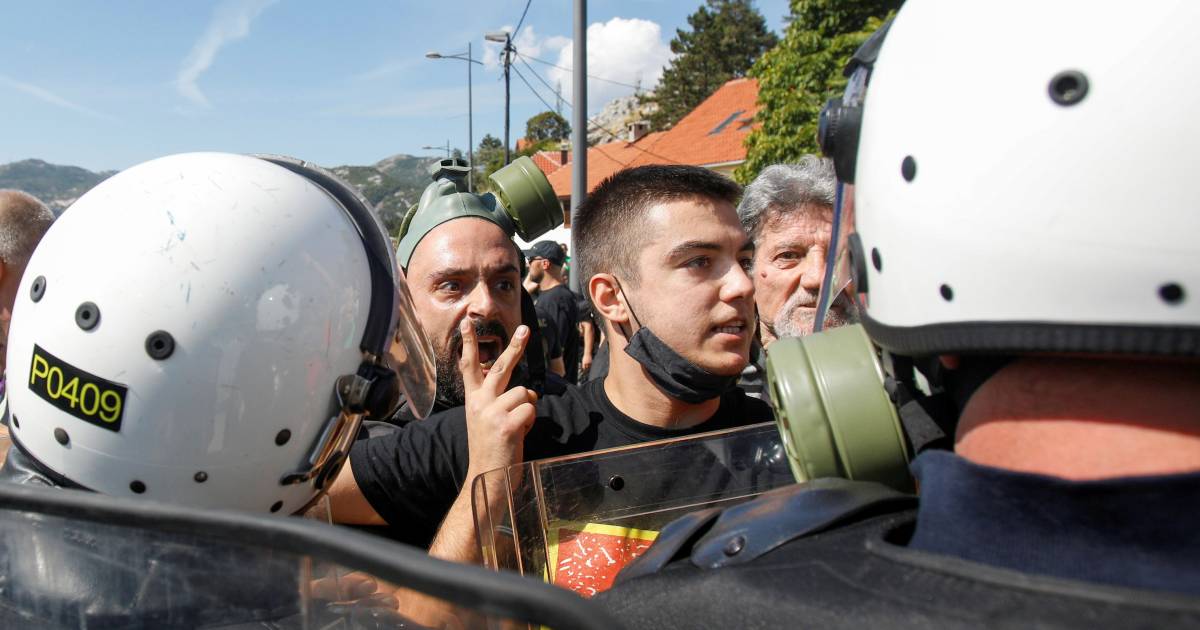 In Montenegro, riot police clashed with angry protesters today over the inauguration of a new head of the Serbian Orthodox Church. The protesters tried to break through fences in the old capital Cetinje. Montenegro is the opponent of the Dutch national team in Eindhoven tonight.

Montenegro seceded from Serbia in 2006. About thirty percent of the country’s 620,000 residents still consider themselves Serbian. The Serbian Orthodox Church is still the dominant religious institution in the country. That leads to a lot of division. “This is Montenegro, not Serbia!” protesters in Cetinje shouted, according to international news agencies.

The demonstrators argue for a ‘own’ Montenegrin church, separate from the Serbian one. Last month there was already a demonstration in Cetinje to prevent the inauguration of the new bishop Joanikije from taking place elsewhere. That has not been heeded. The archbishop of the Serbian Orthodox Church is also coming to the small Balkan country this weekend.

The consecration should take place tomorrow. The previous bishop of Montenegro died as a result of the corona virus. The government of Montenegro has called on the protesters to maintain their calm. Until last year, the country had a pro-Western government, but since last year there are also pro-Serb and pro-Russian parties in the country’s government.

Montenegro is tonight the opponent of the Dutch national football team in the Philips Stadium in Eindhoven. The match starts at 8.45pm.