Espargaro: “The Moto2 riders who refused Aprilia will repent” 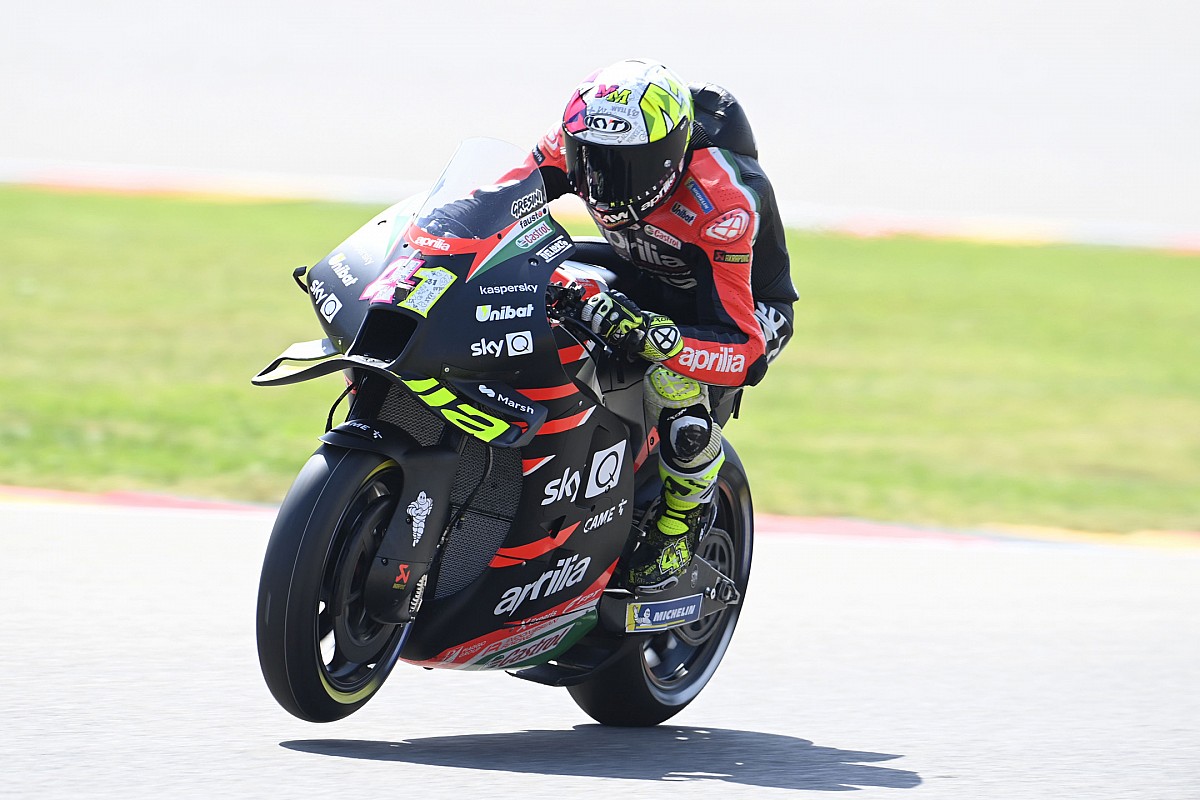 A number of riders have been listed as Aleix Espargaro’s team mate riding the RS-GP after Andrea Iannone was banned for four years for doping. The main candidates mentioned were MotoGP veterans Andrea Dovizioso and Cal Crutchlow, while Marco Bezzecchi, Joe Roberts and Fabio Di Giannantionio are those coming from Moto2 and related to Aprilia in 2021.

But Bezzecchi is a Valentino Rossi ‘protégé’ and Roberts has decided to stay in Moto2, while Di Giannantonio already has a contract with Gresini in MotoGP for 2022, after the late Fausto’s company will cut with Aprilia at the end of this season .

Former Superbike rider Lorenzo Savadori ended up riding this year’s RS-GP, but Aprilia is on the verge of hiring a higher-profile rider for next year, as Maverick Vinales appears to be ready to make it to the house from Noale after announcing his farewell to Yamaha at the end of this year.

The 2021 bike is the strongest the brand has ever had in the MotoGP of the modern era, with Espargaro consistently finishing in the top 6 and not very far from the podium. Although the Spaniard refuses to comment on rumors that Vinales’ arrival is next, he says Aprilia deserves a top rider and believes that the Moto2 riders who refused to make the leap in 2021 have missed a great opportunity.

“I have said many times that it was bad for me when Massimo told me that next year we will not have another two bikes on the track – said Aleix Espargaro when asked if the rumors about Vinales were good for the image of Aprilia – I was also angry when I learned that some Moto2 riders said they didn’t want to come to us. I love Aprilia, I love this project, I feel it is mine and I want to prove they were wrong ”.

“I think these Moto2 riders who didn’t want to come will not be happy in the future, because they have missed a great opportunity and I hope my teammate is a very strong rider next year, because we deserve it. We work hard and we are not far from the top teams ”.

Gresini Racing, which has supported Aprilia since joining in 2015, will become a Ducati satellite team next year and has hired Enea Bastianini and Fabio Di Giannantonio. Bezzecchi instead will team up with Luca Marini in the VR46 team, which will have a Ducato, while Joe Roberts has been given in talks with Ajo KTM to stay in Moto2.