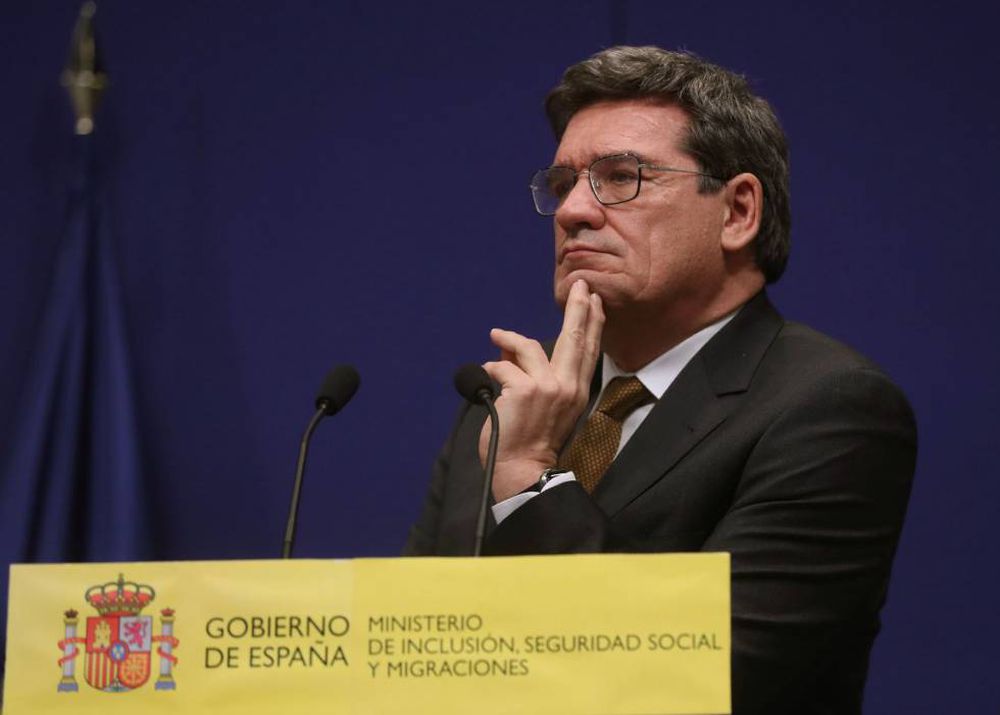 The lines sent by the Government to Brussels on the pension reform speak of extending the calculation period to calculate future pensions but do not specify how much. There was a lot of expectation about this, because it was known that the Executive has considered the option of doing it until the age of 35 until well last December, and this is how it appears in two drafts of the files that are sent to the European Commission to which this has had access newspaper and that the Ministry of Social Security sent the ministers of the economic area twice in December, government sources point out. It also indicates when it is expected to start implementing the measure progressively: 2023, that is, the following year in which the increase that is being implemented now is reached (from 15 to 25 years between 2013 and 2022).

“We are diverting attention to an issue that does not exist and has not existed,” replied the Minister of Social Security, José Luis Escrivá, in an interview on Onda Cero this morning in an irritated tone, contradicting the version of both documents. These drafts of the so-called Component 30 – official name of the document that is sent to Brussels on the pension reform – go so far as to specify the impact that the increase in the calculation period that was approved in the 2011 reform is having so far, a average reduction in new pensions: one speaks of 4.48% and another 3.9%. It is also collected, always in the format of the papers that are sent to the community capital, what would be the impact of the measure: a reduction of 6.3%. In the previous draft, the reduction was estimated at 5.5%.

The two documents are practically the same and point out that the increase in the calculation period to 35 years would begin in 2023. This, in reality, would be to continue with the process started in the 2011 reform that regulates the progressive extension of that period from 15 to 25 years between 2013 and 2022. And, furthermore, it is in a philosophy that can be read several times in the text: “Deepen the parametric adjustments introduced by the 2011 reform.”

The Ministry of Social Security sent the drafts in December to the Delegate Commission for Economic Affairs, the government body in which all the ministers of the economic area are and these issues are addressed. The first week that it was going to be discussed, the clash over the interprofessional minimum wage was so serious that finally it was not discussed. The following week, in principle the matter was going to be discussed, but then the issue made its way to the media and he decided to leave it out. However, the Ministry that Escrivá directs again sent another document, the one with the most up-to-date data, the average reduction in future pensions of 6.3%.

In the aforementioned interview, Escrivá has admitted that calculations and documents have been made from his department and that “some may have taken them and taken them out of context.” In his ministry, it is emphasized that this approach does not appear in the final statement sent to Brussels. “It is something old and officially it has never been,” they point out, at the same time admitting that many documents have been drawn up in recent months and that “it may be in a working document.”

The extension of the calculation period to 35 years has been one of the elements that has caused the most internal tension in the Executive during the preparation of the plans that the Government had to send to Brussels. It has also caused much rejection in the unions, although they have never been officially presented on the open negotiating table.

That Social Security was evaluating this measure was also admitted by the third vice president and Minister of Economy, Nadia Calviño, before the end of the year. In addition, she added that compensation elements were being considered, something that also appears in this draft and the final document sent to Brussels: “The procedure for the integration of contribution gaps will be reviewed, in order to meet the reality of some labor trajectories each increasingly fragmented, especially associated with temporary employment, which is particularly detrimental to young people, as well as to women, who experience more interruptions in their working lives on average ”. Extending the calculation period is usually interpreted as a way to “increase the progressivity and contributory nature of the system [de pensiones] making the retirement pension more reflective of the worker’s working life ”.

In this document, as in subsequent ones, Social Security emphasizes that the objectives it pursues are “articulated through other more specific objectives that must mark the main lines of action”. “The first of these objectives is the elimination of the deficit of the system. The second major objective is to deepen the parametric adjustments introduced by the 2011 reform (which has made it possible to increase the effective retirement age steadily, until it is above the European average), and promoting the extension through new positive incentives voluntary access to retirement and, as a third objective, the promotion of complementary pension systems in the business and professional sphere ”, he continues.

Mascherano, at the head of the first Development Center in the interior of the country