Escorted by gendarmes, the lawyer who was stranded on an international bridge for more than two months was able to enter the country 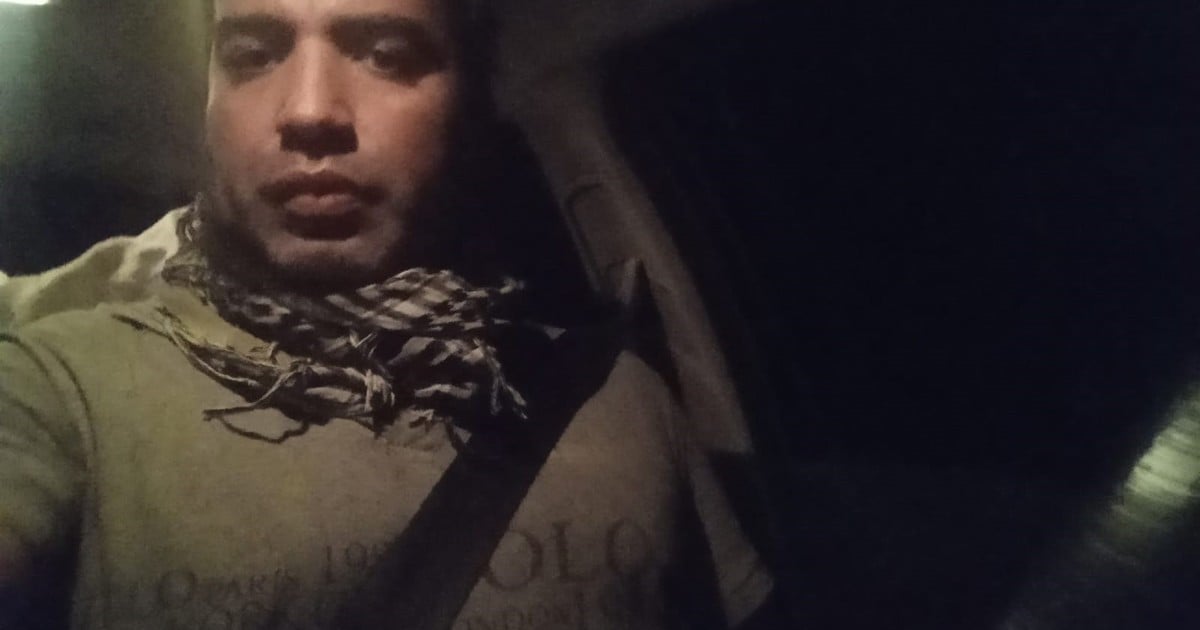 After being stranded for more than two months in the Border Center of the international bridge “San Roque González de Santa Cruz”, Francisco Reyes Rosales he was finally able to enter the country legally, and on the night of this Tuesday he undertook the trip to Chaco, a stopover prior to the reunion with his two children, in San Luis.

The exceptional entry procedure and for humanitarian reasons was handled before Immigration by the federal judge of Oberá, Alejandro Gallandat Luzuriaga.

The magistrate intervened following a presentation made by an official defender of the federal jurisdiction on behalf of the lawyer’s children.

The case was transferred from San Luis to Buenos Aires and finally ended up in Misiones. As Justice had already rejected the habeas corpus and other proposals that Reyes Rosales had initiated to enter the country, the magistrate considered that it was a fact on which there was already a judicial ruling.

Beyond his legal intervention, Gallandat Luzuriaga met with the stranded traveler and then reiterated the request to Migrations to trigger the mechanism established in the decree to close land borders.

The norm indicates that any international passage may be opened for the entry of Argentines for “humanitarian reasons”. At the end of May, Migrations had allowed the entry of eleven other people who had arrived at the Border Center with Reyes Rosales on the night of May 8, after trying to return to the country from Paraguay. On that occasion it was also due to a judicial ruling of the Federal Court of Appeals of Posadas.

The lawyer, turned into a spokesman for the group, did not spare criticism of the head of Migration, Florencia Carignano, who a few days later decided to reject his request for admission by exceptional means.

Reyes Rosales he was stranded 65 days, sleeping on a mattress lying on the floor of an office in the Centro de Frontera. More than 40 of those days were spent alone, since the other travelers had left the place on May 30 to carry out a ten-day isolation in a hotel in Posadas and then travel to the Province of Buenos Aires and the missionary city of Monte Carlo. , where they reside.

Reyes Rosales left the Border Center and He was escorted by the Gendarmerie up to the limit with the province of Corrientes. As the man was alone for more than a month, the health authorities considered that it was not necessary for him to perform isolation.

In his request to Migrations, Gallandat Luzuriaga warned that the lawyer had lost about ten kilos due to the scarce diet in the Border Center and that this had affected his health. And that he had two small children who asked to be reunited with him.

Last April Reyes Rosales and a group of stranded in Paraguay They had asked the Asunción Consulate for a sanitary pass to be able to return to the country by land. The question was never answered and the people decided to cross the international bridge that connects Posadas with Encarnación.

Francisco Reyes Rosales slept for more than 60 days on a mattress on the floor.

The group arrived in various vehicles and rejected the possibility of returning to the neighboring country. The judicial appeals were even dismissed by the Federal Court of Appeals, which later backed down and ordered that Migrations authorize entry because there were several children in the group.

The day before, Migrations had expelled them from the office where they slept. Travelers they spent several hours in the rain and they endured cold until the judges ordered them to return to the office until the substantive issue was resolved.

Reyes Rosales decided to keep his legal battle firm and made a presentation before the Supreme Court of Justice of the Nation, which could set a precedent for the rest of the stranded in the event that it is analyzed in the short term.

“It is the first case related to immigration policy that reaches that instance and it can be key for all the people who are trying to return to the country”Francisco said two weeks ago.

The San Luis lawyer will remember forever this Tuesday the 13th. And not precisely because of bad luck. Meanwhile, he accelerates his vehicle and feels the family reunion closer and closer.