Escalation in Afghanistan: America’s sophisticated arsenal in the hands of the Taliban 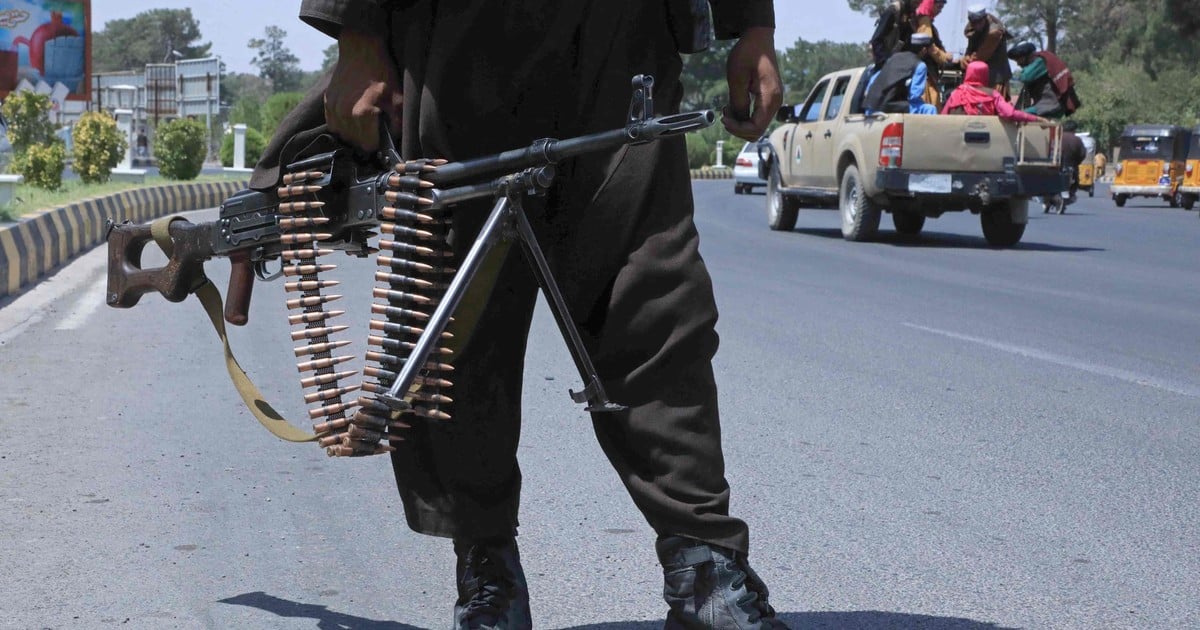 The billions of dollars invested by the United States to train and equip the Armed Forces of Afghanistan were of no avail. they lose battle after battle to the Taliban, leaving in their hands a formidable arsenal that further strengthens the insurgent militias.

Other videos show the surrender of Afghan soldiers in Kunduz, a northeastern city, with armored rocket launchers.

The withdrawal of the United States

When American soldiers began to withdraw from Afghanistan, Afghan security forces almost stopped fighting and as the Taliban offensive intensified Thousands of soldiers surrendered their weapons without putting up much resistance.

“We have provided our Afghan partners with all the tools, let me emphasize this, all the tools” to fight the Taliban, US President Joe Biden said in July, defending the decision to withdraw the last troops from the country and let the Afghans they will fight for their future.

The Taliban seized weapons and vehicles from the US and Afghan army Photo: AFP

As they advance towards Kabul, the Taliban seize the “tools”.

In the western city of Farah, insurgents patrol the streets in a vehicle identified with an eagle biting a snake, the official insignia of the Afghan intelligence services.

For experts, this unexpected loot greatly helped the Taliban, who also have the Pakistan arms supply, accused of financing and arming the insurgents.

The captured weapons will help the Taliban attack Kabul and also “reinforce their authority” in the cities they conquered, estimates Raffaello Pantucci, an expert at the S. Rajaratnam School of International Studies in Singapore.

Taliban rebels, in the Afghan city of Herat, this Saturday. Photo: AP

After the departure of the foreign troops, the Taliban encountered hands full of American weapons and equipment, without having to spend a penny to purchase it.

“It’s incredibly serious. It will definitely be a huge help to them,” adds Pantucci.

A few weeks before the 20th anniversary of the suicide bombings of September 11, 2001 in the United States, this arsenal is proudly displayed by the Taliban, which continue, according to the UN, to maintain close ties with Al Qaeda, the terrorist network that Washington accuses of the destruction of the Twin Towers in New York and the attack on the Pentagon.

The United States took it for granted that the insurgents were going to seize weapons, but the rapid fall of the cities gave rise to the most pessimistic hypothesis, Jason Amerine, a former member of the US special forces, who participated in the invasion of Afghanistan, told AFP. 2001 ousted the Taliban from power.

“The United States equipped the ANA (the Afghan National Army) under the assumption that weapons and equipment could fall into the hands of the Taliban,” Armine said.

“The current crisis is the worst scenario of those studied at the time of making the decision,” he added.

In Kunduz, a video shows a Taliban sitting on a red motorcycle observing an unmanned military helicopter on an airstrip.

A Taliban fighter in the city of Ghazni, Afghanistan, this Saturday. Photo: REUTERS

However, the Taliban will not be able to use this helicopter, Aki Peritz, a former CIA counterterrorism analyst, told AFP. “It will be for propaganda purposes only,” says Peritz.

Light weapons and vehicles, which will facilitate the movement of troops, will be much more useful in the rough terrain of Kunduz.

The Afghan army, almost in ruins

Although the Afghan army is on the brink of collapse, the US government informed that it will continue equipping it.

The United States military watches, helplessly, how history repeats itself. What Happens in Afghanistan Recalls What Happened in Iraq, when in mid-2014 the jihadist group ISIS conquered the city of Mosul, seizing weapons and military vehicles Humvees.

Like the ISIS fighters in Mosul, Taliban militiamen pose smiling with ammunition captured from the enemy in conquered cities.

The withdrawal of US troops “is turning into a defeat,” notes Peritz.