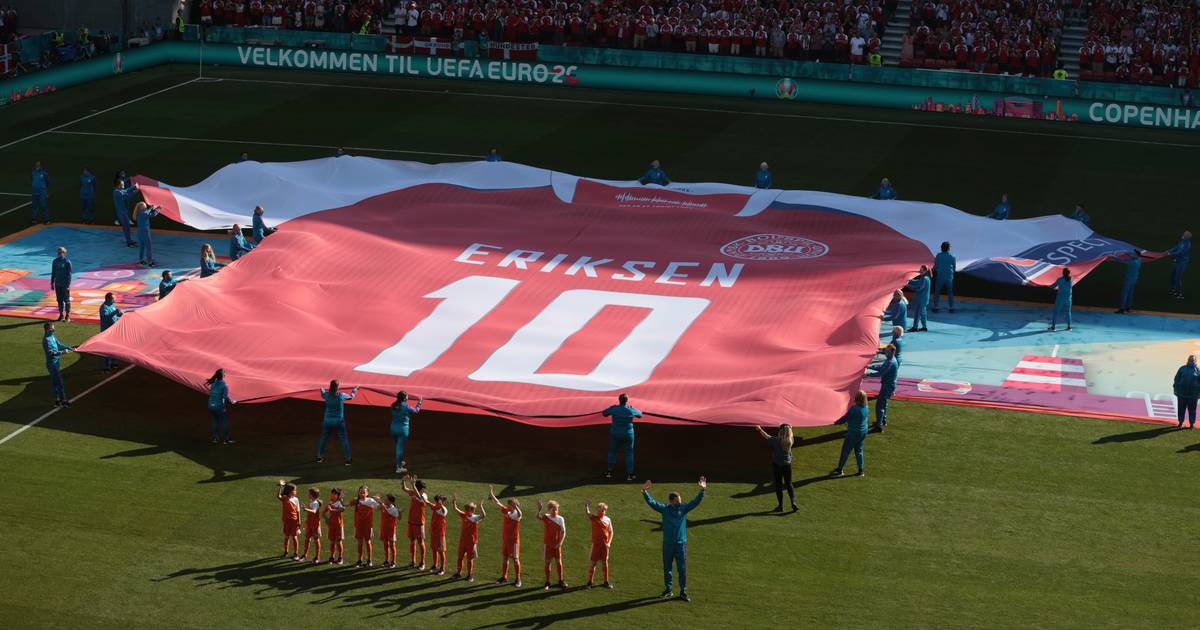 Christian Eriksen reported to his teammates via WhatsApp immediately after Denmark’s unfortunate defeat to Belgium (1-2). In it, he wrote that the players had played “incredibly well”.

That’s what the Danish attacker Martin Braithwaite told, who hit the bar in the final minutes. “Christian sent us a message shortly after the game,” said the Barcelona player. “I also agree with him. In Spain I may play for the best club in the world, today I played for the best team in the world. It’s great what we showed especially for rest. Too bad it didn’t lead to a result.”

Despite the defeat, national coach Kasper Hjulmand also did not feel like mourning for long. “I am proud of the team. Of course we are disappointed with the defeat. But there are a lot of positive things about it.”

,,I didn’t know what to expect from this match”, continued the trainer, after Christian Eriksen’s cardiac arrest in the first, also lost game. “The quality we showed just days after the players almost lost one of their best friends is unbelievable. We dominated in the first half against the best team in the world. I have so much respect for my players and I have told them that.”

Hjulmand also thanked for the extensive support, from all corners of Europe. “That means a lot to us. Christian has tough weeks ahead of him, but we’re here for him. We are going to beat the Russians in the next game, this European Championship is not over for us yet.”

A striking image after the final whistle: on the field, Hjulmand fell into the arms of opponent Romelu Lukaku, Eriksen’s teammate at Inter. The national coach: ,,Lukaku impressed us. He is a wonderful person and a good friend of Eriksen. He told me he was grateful that we saved Christian’s life. Football is one of the most beautiful things in the world: it transcends religions and borders. We feel connected, we belong to the same family.”

Lukaku said he had had contact with Eriksen just before the game. ,,I spoke to him this afternoon and it was quite a funny conversation. We talked about the plan the Danes had made to stop me. I thank God that Christian is still alive, that they now know what went wrong. Now I look forward to his recovery.”