Eriksen collapsed; is in the hospital, but “stable” 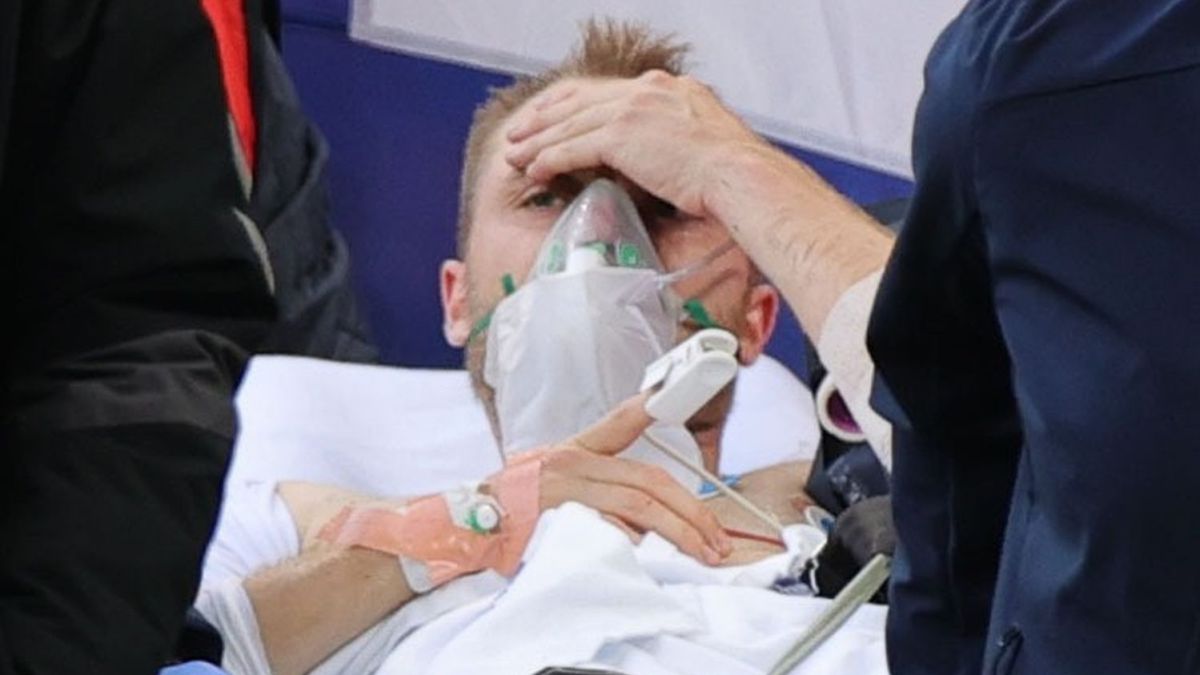 Denmark footballer Christian Eriksen had to be treated urgently on the pitch at Parken in Copenhagen in the 42nd minute of Denmark-Finland and after an effort to reach a ball after which he collapsed. The images were very harsh. Doctors and health workers treated the Danish footballer urgently, who even had to be resuscitated on the grass itself.

The footballer’s teammates and also the Finns, his rivals in the game, immediately put their hands to their faces and even began to pray. Also the fans who were in the stands feared the worst. They were moments of real anguish while deciding whether or not to transfer the footballer in an ambulance to a hospital in the Danish capital. Finally it was.

UEFA, after ten minutes of doubts and intrigue, just as Eriksen left the field on a stretcher, announced that it was suspending the match, but at 20:30 it was resumed, by consensus, according to UEFA, from the two selections. The fans remained in the stands of the stadium. An image of Eriksen seemingly with knowledge was another reason that gave hope that he could recover. Almost 40 minutes after the blackout, UEFA confirmed that Eriksen was taken to hospital and is stable.

Eriksen, 29, is considered the great star of Denmark and has led his team for many years now. Milita at Inter Milan after having been a very important player at Tottenham and previously at Ajax. The evolution of the footballer is what is most important at the moment after the terrible scare produced in the third match of the Euro.

The world of football is turned upside down with Danish midfielder Christian Eriksen, who vanished during the clash against Finland, and names like Luka Modric, Mesut Özil or institutions such as the Royal Spanish Football Federation (RFEF), Real Madrid and Barcelona, have reacted with messages of encouragement for the Inter player.

Ozil, a former Real Madrid and Arsenal player, said he was “in shock” and said that everyone is with Eriksen in difficult moments. “Please be okay,” he wrote on his official Twitter account. Modric, a Real Madrid player, also sent his encouragement from Twitter with the Danish’s name and two drawings of praying hands wishing Eriksen’s speedy recovery.

Modric’s club, Real Madrid, threw all their “strength and support” to Eriksen, while Barcelona also reacted on their official account with a concise but forceful “Stay strong, Eriksen”. The two Spanish clubs were joined by the RFEF to show its most “sincere support and affection” for the Danish soccer team player.

For his part, the English international Raheem Sterling, said that his “thoughts and prayers” are dedicated “to Eriksen and his family” and dIn from Croatia Mateo Kovacic indicated that he is also praying for the Danish media to recover as soon as possible.

Villarreal and Osasuna also joined the list of clubs that want Eriksen’s speedy recovery. Like Modric, on his personal Twitter account they put a drawing of two interlocking hands praying next to the name of the Danish player. Valencia wrote “a lot of strength Eriksen”.

For now, UEFA reports that Eriksen is “stabilized” and has been transferred to a hospital. The Danish midfielder fainted on the brink of halftime in the clash against Finland and the match has been suspended for the time being.