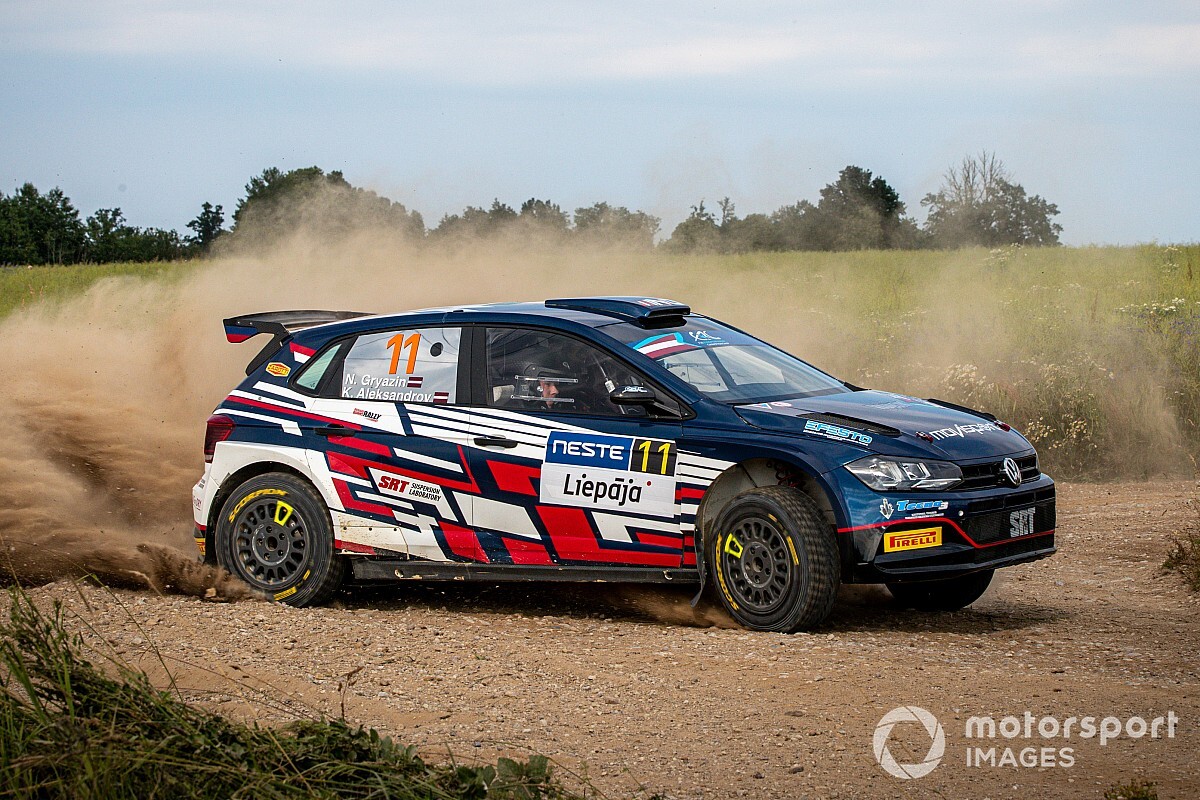 Nikolay Gryazin was the author of a great test in Stage 1 of Rally Liepāja, winning all four of today’s stages and finishing in command of this second round of the FIA ​​European Rally Championship.

At the wheel of his Volkswagen Polo GTI R5 shared with Konstantin Aleksandrov, the Movisport driver is redeeming himself after his premature exit from the ORLEN 77th Rally Poland when he was firmly first.

After finishing second in the Qualifying Stage on Thursday, Gryazin imposed himself on the four courses on the dirt roads of Talsi, starting by beating Andreas Mikkelsen (Toksport WRT – Škoda Fabia Rally2 Evo) by 1 “9 in PS1 and Craig Breen in PS2 (+ 1 “5), PS3 (+3” 3) and PS4 (+1 “), with the color bearer of Team MRF Tires-BRC now occupying the second position in the standings aboard the Hyundai i20 R5 for 10” 6.

Third is Efrén Llarena, with Alexey Lukyanuk, Miko Marczyk, Fabian Kreim, Ole Christian Veiby and Andreas Mikkelsen behind him, penalized by 1 ‘for a delay at a time control. Georg Linnamäe and Nil Solans complete the Top10.

Tibor Érdi Jr is in command of ERC2, Sami Pajari is first in ERC3 / ERC3 Junior after the penalty inflicted on Jean-Baptiste Franceschi. Ken Torn is the leader in ERC Junior for Rally3 cars, Dariusz Poloński stands out in the Abarth Rally Cup and Yigit Timur in the Clio Trophy by Toksport WRT.

Five things you did not know about Juan Ignacio Ramírez, possible Boca reinforcement