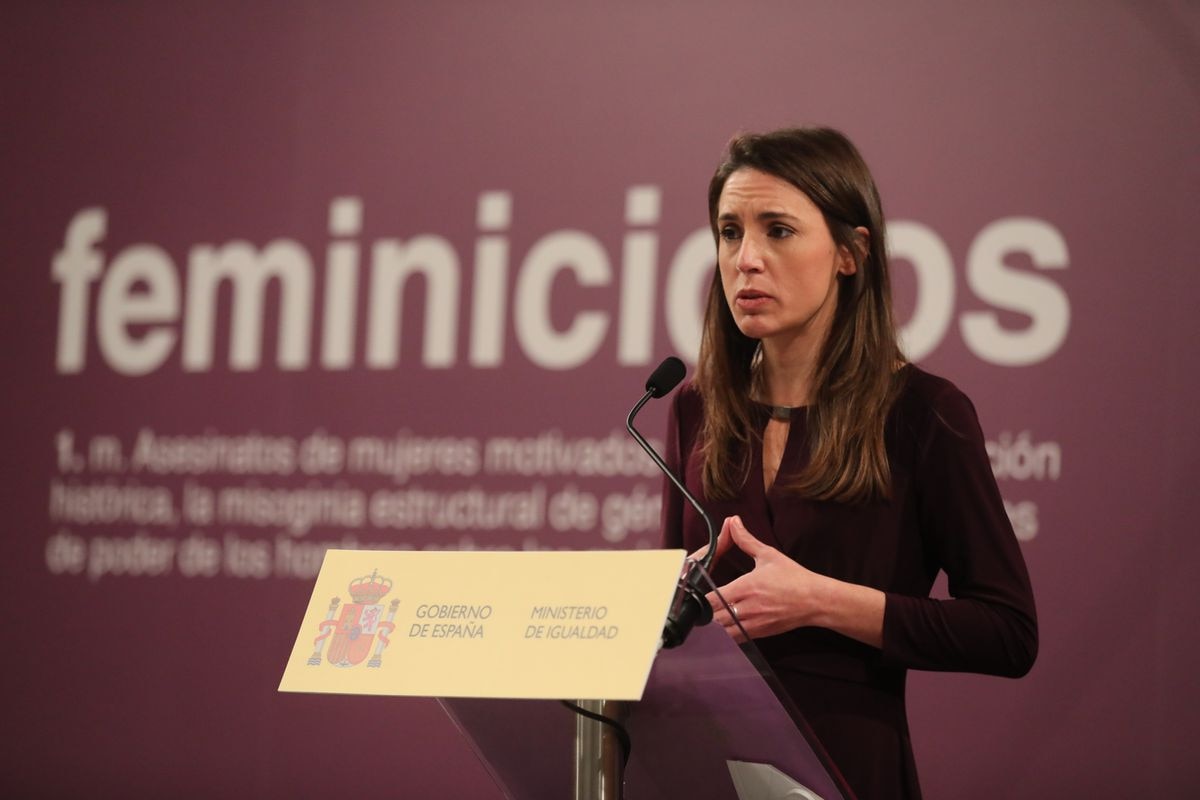 In just four days, between last Thursday and Sunday, three women and an 11-month-old baby have been killed by sexist violence in Girona, Cantabria and Alicante. On Sunday, a man killed his ex-partner’s boyfriend and injured her in a town in Toledo. After these last cases, the Minister of Equality, Irene Montero, has asked the institutions and citizens this Monday to “be extremely vigilant” regarding violence against women in the face of the upcoming festivities. “Sexist violence is that other great silent pandemic and I want to ask the institutions and citizens to get involved. Christmas is coming and, like any time when coexistence with the abuser increases, we are facing an increase in risk ”, Montero has asked.

“Anyone who believes that there is a woman who may be experiencing a situation of violence, who will lend her a hand, help her call 016, go to a feminist association, help her find the center of attention to women closest, to go to the family doctor, institute or person who can help her in accessing her fundamental rights ”, Montero has asked in a joint appearance with the delegate of the Government against Gender Violence, Victoria Rosell, and the secretary of State of Equality, Ángela Rodríguez, to offer the balance of 2021 and highlight the measures implemented this year from her department.

After the official confirmation this Monday at noon of the last two cases, so far in December five women and the daughter of one of them have been murdered. There are 42 fewer women in 2021, 1,124 since the official statistics began in 2003. Added to them are 45 minors murdered since 2013, if the last case of the 11-month-old baby occurred in Liaño de Villaescusa, in Cantabria, is confirmed. And 334 orphans since the official statistics of minors as direct victims of gender violence began in 2013, of which 28 have lost their mother this year.

“The fight against sexist violence is a matter of the State and we are not going to rest until we are always on time for all women,” said Montero.

Most of the women murdered by their partners or ex-partners had never reported. It occurs in about 80% of officially collected cases. But in others they do and, even so, the system fails them as it has in the last two that have taken place these days.

Eva Jaular, murdered along with her 11-month-old daughter in Liaño de Villaescusa, had denounced her attacker and had a protection order in force for both her and her daughter, according to sources in the case. Regarding the alleged murderer, provisional imprisonment without bail has been decreed this Monday for two crimes of homicide and violation of the protection order. The Civil Guard has opened an investigation to try to clarify why the man, who had a restraining order but not a telematic bracelet, was able to approach the woman. “Obviously it is a failure of the system that we have to analyze not only the executive branch, but also the judiciary,” said Victoria Rosell. The Government delegate against Gender Violence has insisted on the need to review the effectiveness of restraining orders in which a telematic bracelet is not requested or granted – in this case it has not yet transpired if the woman did not request it or the court denied it – and promote the technical means available that work to detect violations of protection orders.

The man arrested in the Toledo town of Gálvez for killing his ex’s current partner and stabbing her broke a restraining order that was in force on the woman, according to the Efe agency. She had suffered previous episodes of sexist violence by the arrested person.

The telephone number 016 attends to all victims of sexist violence 24 hours a day and in 52 different languages, as does the email 016-online@igualdad.gob.es. Attention is also provided through WhatsApp through the number 600000016 and minors can contact the ANAR Foundation telephone number 900 20 20 10.

As of 2022, Spain will become the first European country, according to Equality, to officially count the murders of women beyond the violence that is exercised in the partner or ex-partner. The new accounting – which will start on January 1 but will not be made public until “a few months of filming,” according to department sources, includes the murders of people close to victims of gender violence, women who are murdered after a sexual assault or honor killings, among others. The statistic comes after a year of intense work by the Department of Equality. It will be analyzed case by case with other involved ministries and the Government Delegation against Gender Violence will have the last word.

The Royal Academy of the Language defines as feminicide the murder of a woman at the hands of a man for machismo or misogyny, a concept that includes from those that occur in the couple to all those provided for by Equality in the future Feminicide Observatory. All will be collected in differentiated statistics with the ultimate intention of offering a global figure that adds up all of them and allows the full scope of violence against women to be dimensioned and “to shape real public policies for the eradication of gender violence”, according to the ministry. These are the different types:

What effects will lithium batteries in electric vehicles have on the world?

GF Vip, Valeria Marini’s appeal: “You have to separate me from Giacomo because ..”