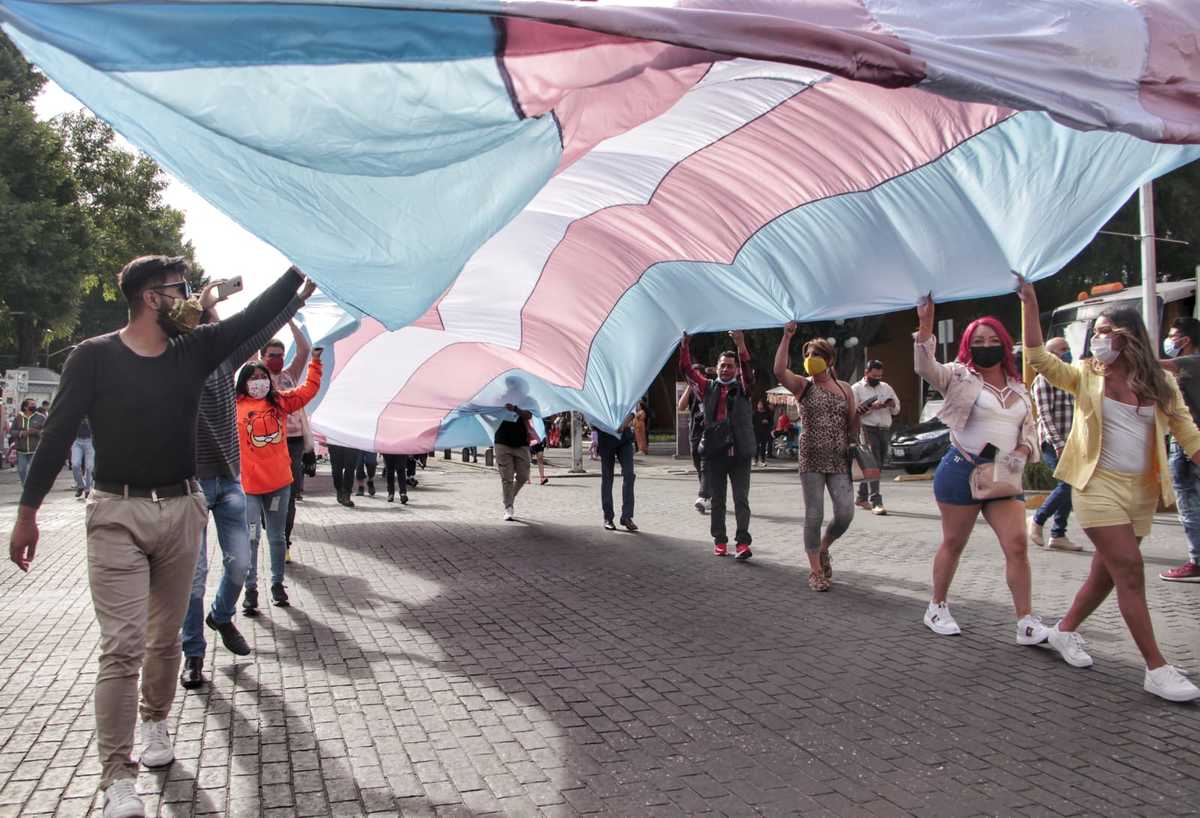 “Equal rights to all transsexuals!”. That was the slogan that rang over and over again on Reforma Avenue during the First March TTTrans Puebla 2021, in which activists and members of the Transsexual, Transgender and Travesti community demanded respect for their ideals, preferences and lifestyle.

During the demonstration that this Saturday brought together more than 250 people from the community, trans women and men They celebrated that as of this week the state government opened the Digital Window to process the first acts having as legal basis the Self-Perceived Gender Identity Law, better known as the Agnes Law, approved by the local Congress last February.

The contingent departed from El Gallito, on 11 North-South, and traveled along Reforma Avenue until reaching the Zócalo de Puebla, where a 25-meter-long macro flag was installed and waved along with other representative banners of the gay communities. , lesbian and bisexual.

Along the way, other slogans of support and promotion of the human rights of men and women in the community were also pronounced, such as: “No, no, yes, we are out again!”; “There is no political freedom if there is no sexual freedom!” Y “If Agnes lived, she would be with us!”The latter refers to the trans psychologist and activist Agnes Torres, originally from Tehuacán, Puebla, who was murdered in 2012 in what was classified as a hate crime for being one of the main promoters of the legal recognition of sex-gender identity.

After that, the march advanced over Juan de Palafox and Mendoza to the Carolino Building, on 4 North-South, where feminist collectives joined his call respect for human rights regardless of the sexual identity of each individual.

They also asked local elected deputies “don’t take a step back” to the norms already in force and take into consideration childhood so that they themselves decide their gender identity.

There are 9 new acts of trans men and women

Before the march, Gabriela Chumacero, president of the Puebla Transgender Group, highlighted that as of June 26, 9 trans men and women have already processed their new self-perceived gender identity with the Civil Registry.

“It is not just any role, it is a self-perceived gender identity where I identify with what my gender is, where I fight for my rights to what my name is.”

The activist stressed that the main problem they face today is the discrimination and transphobia, since authorities and society in general still do not respect them for who they are even when the legal system of Mexico and Puebla already recognizes them as men and women, as the case may be.

“Discrimination continues to be a very big challenge, as trans women, as trans men, as sex workers it doesn’t matter that we have an identity document if they continue to treat us like bastards when they kill us, when transfeminicides occur and they treat us as worse”.

Aragonès raises the tone against the Government for the stoppage of El Prat: “We have no confidence in the State”