Environment – The world that awaits us: a planet with longer and more frequent extreme weather events 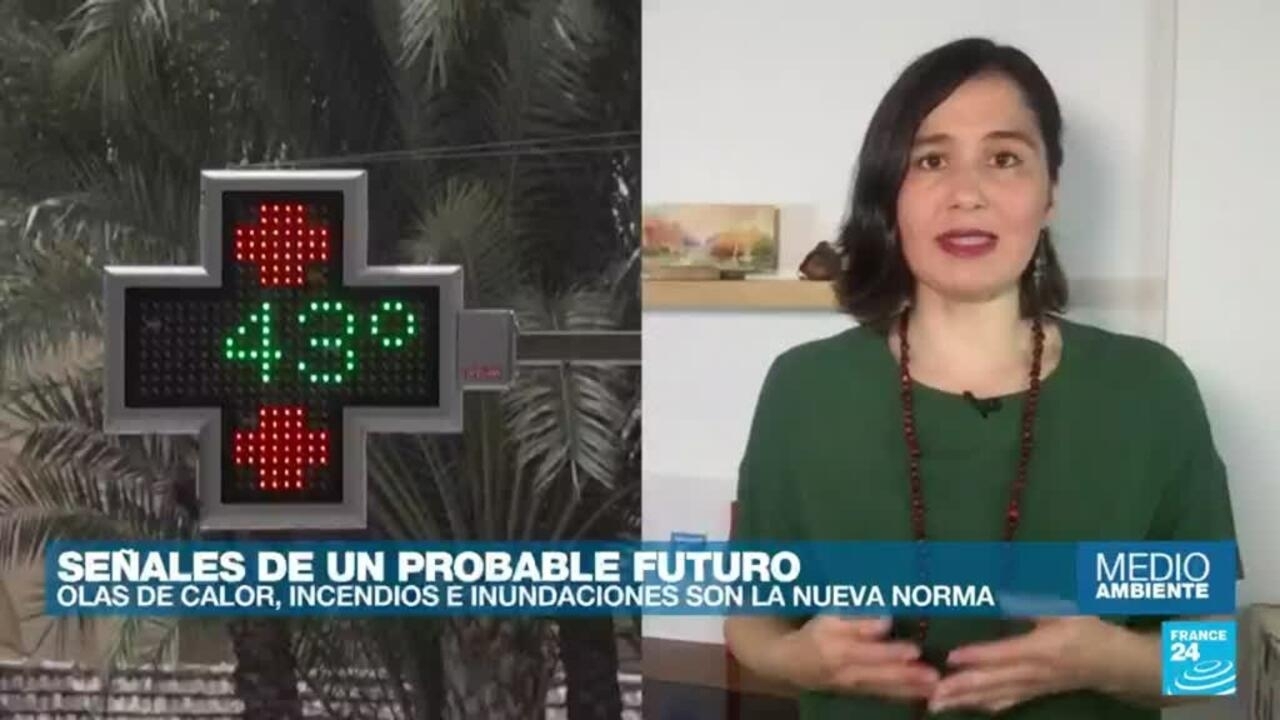 While some areas of the world suffer from fires and suffocating temperatures, others report severe flooding. The northern hemisphere is currently the perfect example of what could be the norm in the coming years if we do not accelerate the fight against global warming. A phenomenon that, according to scientists, will make extreme weather events increasingly intense, longer and more frequent.

In just a few weeks, the northern hemisphere saw temperature records break in the United States and Canada, during an extreme heat wave that killed about 600 people on the west coast of North America. Helsinki saw its thermometers mark 31.7ºC on June 21, breaking the maximum temperature for a June in Finland. And Siberia, in Russia, once again sees thousands of hectares of forest scorched by flames.

Extreme heat waves that would have been “basically impossible” without the influence of human-driven climate change: that’s how blunt was the study made by the World Weather Attribution Group, which is responsible for quickly analyzing extreme weather events to see if they are related to climate change.

Human emissions of gases that contribute to global warming made this heat wave 150 times more likely. According to the study, “an event like this, which is currently estimated to only occur once every 1,000 years, would occur approximately every 5 or 10 years in a future world with 2ºC more.” A goal that, at the current rate of emissions, “we would reach in the decade beginning in 2040.”

The group of scientists from the United States, Canada, the United Kingdom, the Netherlands, France, Germany and Switzerland assures that the future will be characterized by more extreme, long and frequent heat waves and highlights the importance of significantly reducing gas emissions greenhouse effect to curb global warming.

Climate change may have influenced the floods in Europe; global warming definitely did

Scientists are still determining whether climate change is directly related to these waterspouts in western Europe, but what they are clear about is that global warming will bring more and more slow-moving storms like the ones that caused these floods that left more than a hundred dead, dozens of disappeared and millions of euros in material damage.

This was stated in a study published on June 30, two weeks before the European continent was hit by torrential rains: “Heavy rain storms are expected to be more frequent due to global warming as hot air accumulates more humidity (… ) Our studies suggest that these slow-moving storms could be up to 14 times more frequent on land before the end of the century. ” According to the German Department of Meteorology, the affected regions received between 100 and 150 mm per square meter of water in two days, amounts that normally occur in a period of eight weeks.

The worst affected populations in Germany were on the banks of smaller rivers that were not prepared to withstand such sudden flows of water and many did not have protective barriers against overflows. In addition, some experts have mentioned failures in urban planning: the soil in the area was already highly saturated by the rains of previous days and the excess of constructions such as houses, roads or infrastructure could make the water absorption not the same as if there had been more green areas and thus increased the danger of flooding.

They also believe that the loss of human life could have been reduced or even prevented if the local authorities had paid more attention to the torrential rain warning mechanisms and reacted more forcefully by evacuating the population.

The system is fundamentally flawed.

While the EFAS is highly effective in detecting threats, the different ways countries delegate responsibility for warning their citizens isn’t.

Ordinary people pay the price, sometimes with their lives.


Whatever the exact cause behind these rains, both the President of Germany Frank-Walter Steinmeier and the President of the European Commission (EC), Ursula Von der Leyen, have made clear their vision that these phenomena and our ability to react or adapting to them are related to how we approach the fight against climate change. For the latter “it is the generational task that we have right now.”

On the same day that heavy rains began to hit the region, EC President Ursula Von der Leyen presented in Brussels the EU plan to reduce its carbon emissions by 2030 by 55% compared to those emitted in 1990, that is, 31% more than what it has done so far.

The roadmap to achieve this objective consists of the strengthening of eight existing laws and the inclusion of five new initiatives. Among them the ban on making cars that use gasoline or diesel from 2035 or the imposition of taxes on kerosene for aviation, until now exempt, and on maritime transport.

It also intends to implement an emissions adjustment mechanism at the borders of the EU to encourage other non-EU countries to reduce their carbon footprint in the manufacture of the goods they export to the bloc.

The plan includes nature-based solutions such as the restoration of forests, soils and wetlands that act as natural carbon sinks and provides a fund of more than 72,000 million euros to help offset some of the expenses that will be reflected in the bills. energy of Europeans.

The announcement, which has already raised criticism from environmental groups calling for more ambition and more Justice for citizens, begins a process of about two years of negotiations between member countries, which have to approve it, so that the European Parliament can then give the definitive green light. You can read, in Spanish, all the details of the European plan at this link.