Environment – Sown, harvested and thrown away: the life cycle of 40% of the food we produce 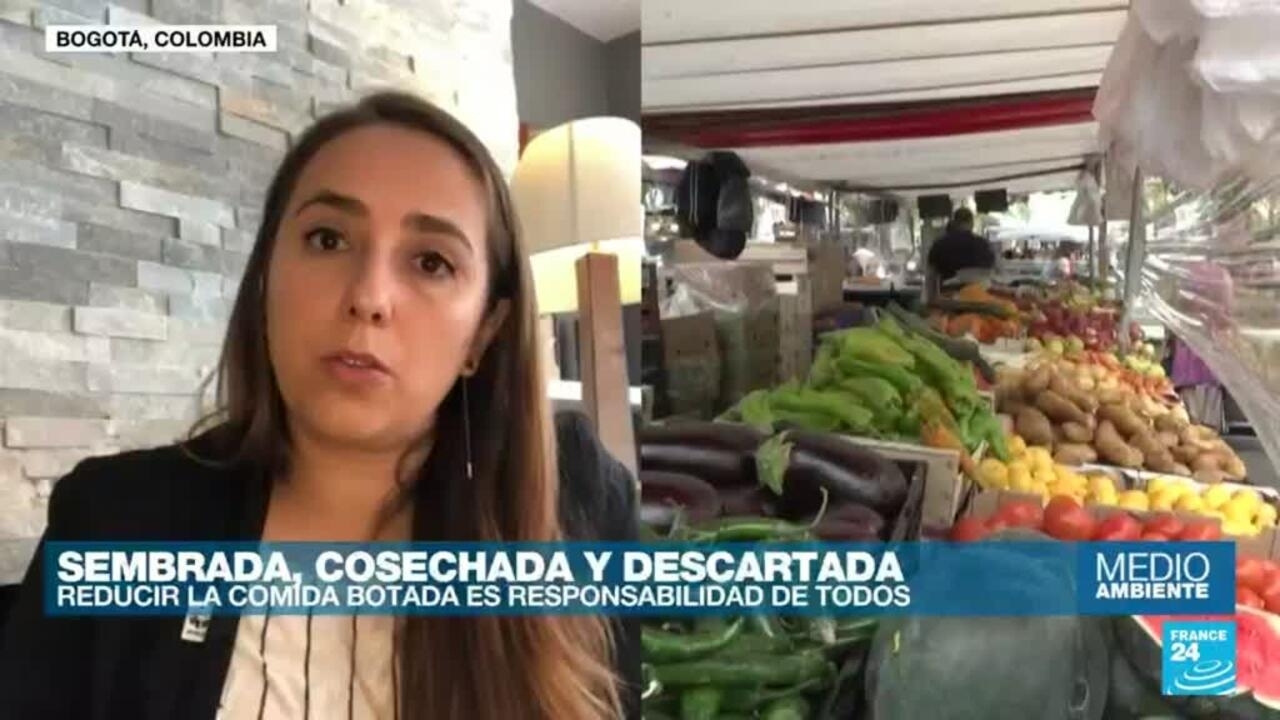 If food loss and waste were a country, they would be the third largest emitter of polluting gases in the world, after China and the United States. A new report published by WWF reveals that to the almost 1 billion tons that are wasted in homes, shops and restaurants, we must add about 1.2 billion tons of food lost on farms. These new figures show that 40% of the food produced globally ends up in the garbage.

Until recently it was said that the food we put in the trash contributed 8% of the greenhouse gas emissions in the world. But the latest WWF report, titled ‘Sent to the Trash’, reveals that the problem is much bigger.

These foods that have gone bad or that simply did not reach stores because they did not meet certain standards are responsible for 10% of global emissions.

The drivers of food loss, that is, before it reaches stores, supermarkets and homes are diverse and there are direct and indirect ones. Among the direct factors there are environmental factors (droughts, floods, frosts, etc.), biological factors (diseases and insect invasions, for example), technology and infrastructure factors (lack of storage places or machines to maintain the cold chain, poor transportation routes that prevent food from reaching consumers on time, for example) or different farming, fishing and farming practices.

On the other hand, there are factors that indirectly cause food losses, such as consumer choice of products, aesthetic standards that some businesses may impose for certain vegetables and fruits, or company decisions regarding expiration dates. of the products.

Almost a fifth of this waste occurs in our homes. It is estimated that on average, in the world, each person discards 74 kilos of food per year. A figure that does not vary much between economies.

The research finds that “measures are needed to address food loss on farms globally and not just in specific regions. Interventions in the past have tended to focus on technical solutions, addressing problems with agricultural technology or storage,” largely ignoring the socio-economic and market factors that shape the agricultural system.Through case studies in a variety of regions and types of food products, this research uncovers the impact of decisions made later, on markets and even by the public, in the levels of food loss that occur on the farm. “

According to Camila Cammaert, coordinator of Sustainable Food Systems at WWF Colombia, in an interview with France 24, “what is happening is that this food is being lost due to consumption and market criteria, because there is no one who buys food that does not have this type standards, due to oversupply of certain foods or because we always want to have the same foods available in the market and we are punishing others “.

To prevent this, WWF offers us a guide on how to avoid so much food being wasted and lost:

Buy imperfect vegetables and fruits, a lot of food is thrown away because it does not meet certain aesthetic characteristics.
What we eat costs the planet a lot. Therefore, we share a guide for you to start eating in a more sustainable way⬇️ https://t.co/e0tOKTW8L2 pic.twitter.com/WXbVskO5xx

Although these two concepts sound the same, they are not the same. Lost foods are all those that are spoiled or discarded in the production, transport, distribution and processing of these. Whereas waste refers to food that spoils at retail and during consumption. That is, those that rot, for example, in stores, homes or restaurants.

That food ends up in the garbage is also a huge waste of resources. The water used for growing vegetables and fruits or raising livestock is wasted. In addition, it makes the loss of biodiversity caused by the modification of virgin lands for agriculture or livestock or the contamination of soils with pesticides or fertilizers that have been used during cultivation is in vain.

But perhaps the most outrageous thing about knowing that more than two-thirds of the food produced is thrown away is that, in 2020, between 720 and 811 million people in the world spent hungry and almost one in three people on the planet did not have access to an adequate or healthy diet.

Precisely to find solutions to this situation, the pre-summit on Food Systems was held in Rome, at the headquarters of the UN agency for Food and Agriculture, whose main event will be held at the end of the year in New York. . It was the first world assembly dedicated to profound reform of the way food is grown, marketed and consumed.

One of the seventeen Sustainable Development Goals (SDGs) adopted in 2015 is to guarantee sustainable ways of consumption and production. Included in this SDG is target 12.3 to halve food waste and losses per capita, by 2030.

A responsibility that is shared by all sectors of society. For it to be a reality, WWF insists that governments and businesses need to adopt the ‘Define, Measure and Act’ approach.

Define your specific food loss and waste reduction goals. Measure the amounts that are lost and wasted to discover what needs to be done and where changes need to be made. And, finally, act with concrete strategies to solve this problem, which will bring advantages for both humans and the planet: it will improve food security, tackle climate change by reducing emissions and, therefore, global warming, slow down the loss of biodiversity and resource consumption and will bring significant savings to household economies.