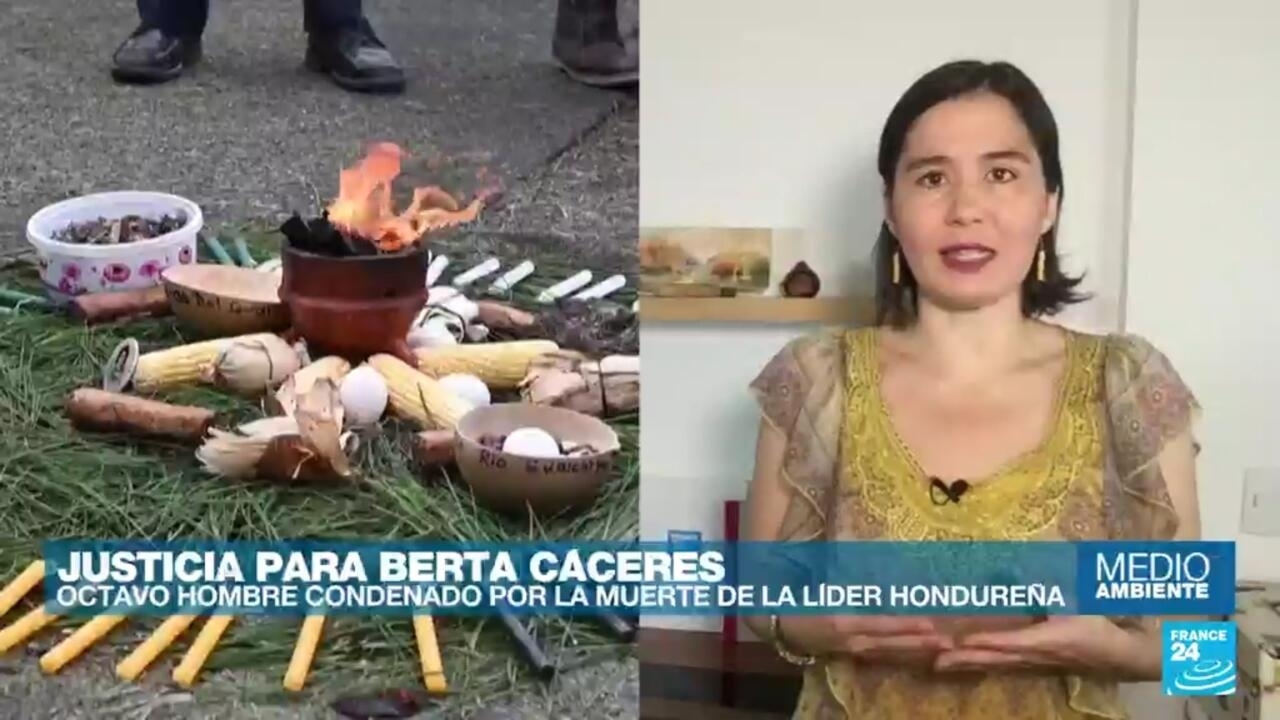 After years of delay and several suspensions of the trial that finally began in April, the National Sentencing Court of Honduras released its ruling on Monday, July 5, against David Castillo, one of the defendants in the 2016 murder of the indigenous leader and defender of the land Berta Cáceres. The Honduran justice declared him co-author of his death. The family assures that the Berta Cáceres case does not end with this resolution.

“A victory for the peoples”: this is how the family of Berta Cáceres described the ruling that unanimously declared Roberto David Castillo Mejía co-author of the murder of Honduran environmental leader Berta Cáceres at dawn on March 3, 2016.

Castillo, arrested in 2018, was one of the directors of the company Desarrollos Energéticos, DESA, in charge of building a dam on the Gualcarque river, sacred to the Lenca indigenous community. According to the Cáceres family lawyer, what is important about this sentence is that it defines the motive for the crime and relates it directly to Berta’s activism against the project, which, they considered, would cause significant interruptions in the supply of water and food to the community. community in the area.

The Honduran Public Ministry described the sentence as historic and admitted that the evidence was irrefutable. For its part, the Center for Justice and International Law (CEJIL) reacted on Twitter assuring that this opened “hope in the fight against impunity” and reiterated its support for the Honduran’s family to find “justice.”

In December 2019, another seven men had already been sentenced to between 30 and 50 years in prison, who were accused of being the material authors of Berta’s murder.

All these sentences leave Berta Cáceres’ family members and fellow activists satisfied, but they recall that there are many responsible for her death who are still at large. Reading a statement from the Civic Council of Popular and Indigenous Organizations of Honduras, COPINH, co-founded by Cáceres herself, her daughter Berta Zúñiga mentioned several members of the Atala Zablah family, one of the most powerful in Honduras and those who they accuse of having provided the financing to carry out the homicide.

In addition, Zúñiga recalled that she and her family are being subjected to violations since they have been denied access to the hearings several times and asked that the concession of the Agua Zarca hydroelectric dam, which they consider illegal and corrupt, be revoked.

We will have to wait until August 3 to know the sentence that will be imposed on the convicted person, which could be up to 25 years in prison. Meanwhile, David Castillo will have to remain in preventive detention. Berta Cáceres’ family for their part will continue to fight to ensure that all those responsible for this and many other deaths of land defenders and social leaders are condemned. An essential fight in the country with the most murders environmental activists per inhabitant.