Environment Mosquito repellent Thermacell must not be used in the forest, says Tukes – The effects of chemicals on the environment are unknown 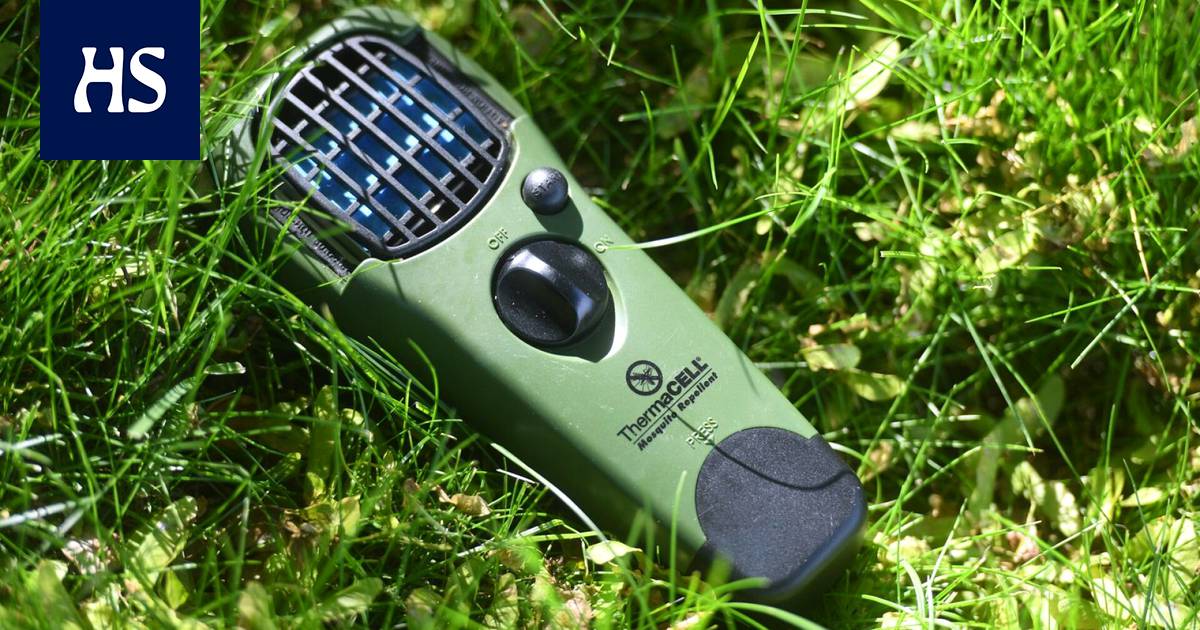 The device is marketed for camping, although it must not be used in the forest according to Tukes’ instructions.

Mosquito repellent The effects of the active substance Thermacell, pralletin, on the natural environment are not yet known.

This is assessed by both the Finnish Safety and Chemicals Agency Tukes and the professor of chemistry at the University of Jyväskylä Petri Pihko.

Tukes’ assessment has not yet been able to determine the exact effect of the prallethrin chemical that evaporates from the device on the environment and, for example, on pollinators.

Thermacell device The safety of the chemical prallethrin has been the subject of much debate in recent days. The device has been claimed to be harmful to the environment and animals due to the chemical it emits.

Read more: Camping shops removed the noisy Thermacell mosquito repellent from their selections – “While something is legal, it may not be responsible”

The Thermacell device has undergone a risk assessment by the Finnish Safety and Chemicals Agency Tukes, according to which it is safe to use the device outside buildings, such as on the terrace and in the yard.

Tukes Superintendent Elina Rydman according to which the risk assessment of the chemical for humans but not for the environment has been assessed in a risk assessment in accordance with national legislation. Proper use of the device has been shown to be safe for human health.

“After all, this is a chemical that is very toxic to aquatic organisms, for example. Previous calculation models have not been able to study exactly how the vaporized chemical affects the environment. Therefore, the device must not be taken to nature, such as a forest or a fishing trip, ”says Rydman.

Also Petri Pihko, professor of chemistry at the University of Jyväskylä, says that prallethrin is a very dangerous substance for some organisms.

“If we had such a substance in the laboratory, then of course it would be used in a fume cupboard and protective equipment,” he notes.

According to the operating principle of the Thermacell device, the chemical is released as steam when heated into the air, which makes it safe to use according to the manufacturer and importer. According to Pihko, it is very possible that the chemical evaporates completely and quickly in the atmosphere, but he has not seen any study that would unequivocally prove this.

He wonders why use is allowed if the display is incomplete.

According to Pihko, the chemical could in principle not be decomposed if the released steam could enter nature, for example with rain.

According to him, the substance is not dangerous to humans, mammals or birds, as the nerve channels of insects and mammals are different.

“The human perspective is one that only a few species are thought of, and if the substance doesn’t really affect them, then everything is ok. That’s not how it goes. ”

Rydman According to the Commission, efforts have been made to control the potential environmental risks of prallethrin by means of labels affixed to the products, advising them to avoid the use of the device in the vicinity of hives and flowering flowers.

The active substance of the device, prallethrin, is currently being further investigated at EU level. In the future, every manufacturer will have to apply for an authorization under the EU Biocides Regulation.

“An EU study is able to assess the impact of prallethrin on the environment much better than before,” says Rydman.

According to Rydman, it is difficult to estimate how long the EU research process will take. It is not yet known whether further research is needed before conclusions can be drawn.

Rydman urges the use of non-chemical mosquito repellents in the first place.

“At Tukes, we outline that biocidal products should be a last resort. Biocides are basically dangerous chemicals, so they shouldn’t be used for fun unless you have to, ”says Rydman.

Dissertation researcher Lotta Kailan according to insecticides are different and some of them are repellent, some are deadly. Prallethrin is, according to him, a neurotoxin that belongs to the latter.

Mortality, on the other hand, depends on how much chemical the insect is exposed to. Even if the dose is not lethal, it can still be harmful.

“Studies have shown that a bumblebee may look quite normal and well-being to the human eye, but the chemical affects its brain function, such as memory.”

If bumblebees ’memory deteriorates, it makes it harder to get food.

On a deserted terrace, a mosquito repellent is likely to cause less annoyance than a national park device with a neck stroller.

“It’s a little miserable to save porpoises with one hand and to use such a product in the same yard with the other hand.”

In social The media has also drawn attention to the fact that many dealers in the Thermacell device market the device for camping, even though the device is not allowed to be used in the forest according to Tukes’ instructions.

For example, in the product descriptions published on the websites of Clas Ohlson, Bauhaus, Retkitukku.fi and Puuilo, the Thermacell device is described as being “excellent” for hiking.

At Verkkokauppa.com, the product is advertised as suitable for use in a forest or fishing trip, for example. The product description of Prisma’s website, for example, also mentions the word “camping”.

Thermacell’s own website encourages the use of the device in the yard and terrace and does not mention hiking. However, in the advertising images of the company’s Instagram account, the product has been presented, for example, on a campfire and a fishing trip on the pier.

“Some have kept the equipment running in carrying bags while moving in nature. This should not be done, but the bag should only be used to store and transport the equipment,” says Rydman.