Environment – Canal Istanbul: Erdogan’s “crazy” project that will turn the city into a kind of island 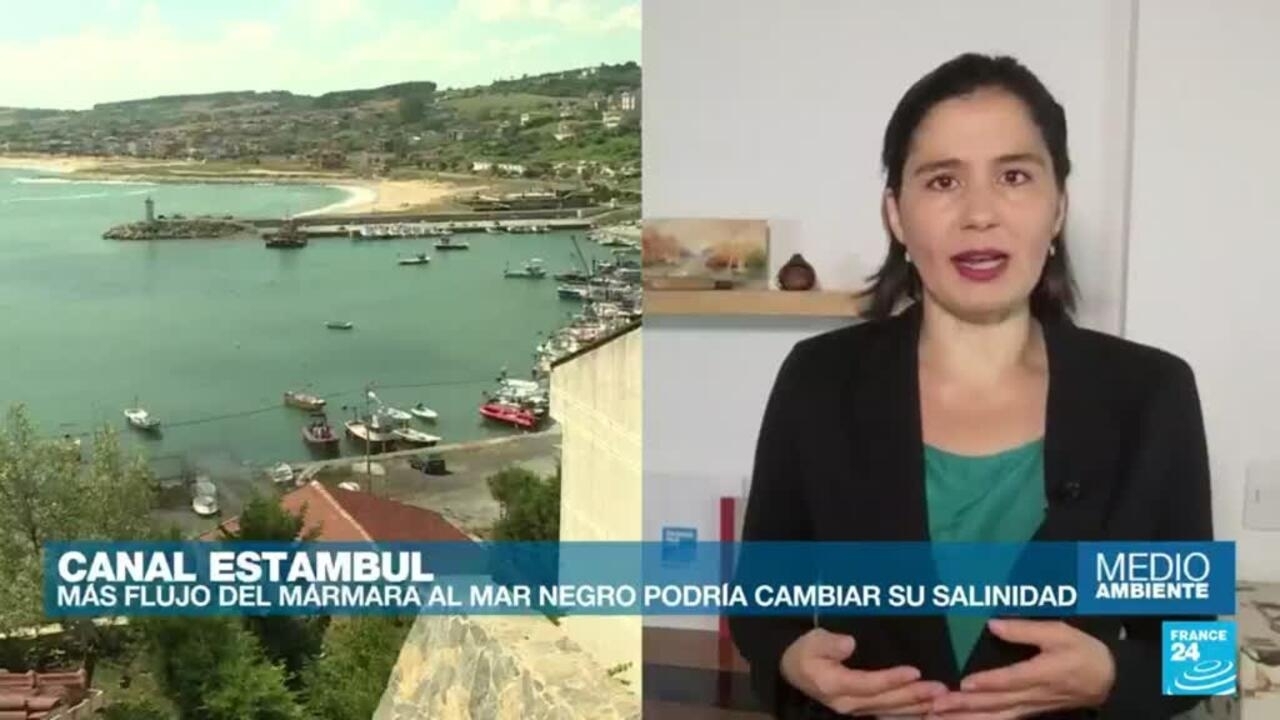 The 45 kilometers of the Istanbul Canal, the infrastructure megaproject that the president of Turkey himself, Recep Tayyip Erdogan, has described as “crazy” would artificially link the Sea of ​​Marmara, south of Europe’s largest city, with the Black Sea to the north. This new opening worries environmentalists who equate the work with the “total destruction” of nature in the area. For the farmers of the region it means changing their way of life and leaving their homes.

On June 26 work began on the Istanbul Canal. An infrastructure megaproject that Turkish President Recep Tayyip Erdogan himself, despite having proposed it himself in 2011 when he was prime minister, has described as “crazy.”

There are 45 kilometers of canal that would artificially link the Black Sea, to the north, with the Sea of ​​Marmara, to the south of the largest city in Europe and, according to the Government, it will be 25 meters deep and between 250 and 1,000 meters deep. width, depending on the sections.

Erdogan thus intends to reduce maritime traffic through the Bosphorus, the historic natural union between the two seas and through which some 48,000 ships pass annually. This traffic makes it one of the channels with the most ship traffic in the world: the Panama Canal has a traffic of about 14,000 a year.

While the Executive defends his project claiming economic prosperity, his opponents warn of the danger it poses to the ecosystems of the area, just 30 km northwest of the center of Istanbul. And it is that in addition to the 350 hectares of forest that will have to be razed, the route of the canal would pass through the Sazlibosna dam, one of the sources of drinking water in the city that, according to ecologists from the Center for Space Justice of Turkey, It contains 25 days of water supply for the nearly 16 million inhabitants of Istanbul. The passage of the canal will mix the salt water with the fresh water of the reservoir and make it undrinkable.

The opening of a new union, this time artificial, between the Black Sea and the Sea of ​​Marmara also poses a danger to the natural balance that now exists between both bodies of water. The Marmara is much saltier than the Black Sea and one of the effects of excess salinity to the north could be that the waters become anoxic. That is, they run out of oxygen. This, in addition to killing marine ecosystems, would result in the city smelling of rotten eggs. Something that will not be liked by the 15.5 million inhabitants of ancient Constantinople, nor by the millions of tourists who arrive each year.

The route would also affect lakes and rivers that are the transit point for hundreds of migratory birds. But the most affected will be those who live in the towns through which the canal would pass. The area is inhabited mainly by farmers and ranchers who have lived on these lands for generations. The construction of the Istanbul Canal will devastate several towns in the region to make way for villas, shopping centers, residences and luxury hotels.

A survey conducted in March 2021 showed that 45.4% of the surveyed population did not support the project, while 38.5% were in favor.

Our correspondent in Turkey, Adrià Rocha, interviewed Miray Yoldas, one of the farmers who would be affected by the works. She wonders what they will do if they have to sell their land: “If I sell my land, what work am I going to do? What do I do? Where am I going? Our family has been here since my grandfather’s grandfather. We have worked here all our lives. with animals. If we sold our land, what could we do? This is our livelihood. ” Several have sold their land, but Miray does not contemplate this option and, according to the rancher, the Government has not given them any other alternative.

Despite warnings from scientists and environmentalists, the project received the go-ahead from Turkey’s Environment Ministry in January last year. A ministry that, curiously, is also that of urbanization.

What could perhaps postpone a year the Covid-19 pandemic seems to be a reality that, according to Erdogan’s plans, would be completed in 2023 and would cost between 10 and 15 billion dollars.

844 cactus plants stolen from the Atacama desert returned to Chile

In 2020, the Italian military police discovered in Senigallia, a port city on the Adriatic Sea, a shipment of almost 1,000 cacti that had been illegally extracted from the Atacama desert in Chile. After a year of waiting for the Covid-19 pandemic, the 844 plants that survived were finally returned to Chile.

Now they will have to spend four months in quarantine in a special center on the outskirts of Santiago. It remains to be decided whether the cacti will return to the Atacama desert or if they will be taken to the botanical garden where they will have to reproduce their natural conditions.


The International Union for Conservation of Nature reports that 31% of the 1,478 species of cacti in the world are threatened and ensures that, in recent years, the Atacama region “has been heavily looted by illegal collectors, contributing to the rapid decrease in the populations of these species in their natural habitat ”. He also recalls that “these populations are also under great pressure due to global climate change and land use.”