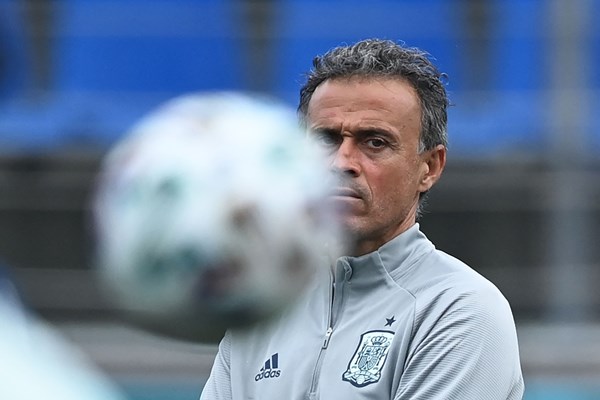 Spain coach Luis Enrique has no doubts about the good level of his team, stressing that he has not seen any better team than the “Matador” team, in the European Football Championship “Euro 2020”.

Spain began its career in the tournament with a 0-0 draw with Sweden, before drawing 1-1 with Poland, but it swept Slovenia 5-0, and got the ticket to qualify for the quarter-finals, after its marathon victory 5-3 over Croatia after extra time in the round of 16.

Spanish defender Aymeric Laporte said in a press conference held today, Thursday, accompanied by Enrique: We deserved more in the first two matches, but we cannot win 3-0 every day.

In response to a question about the goals conceded by the Spanish nets in the tournament, Enrique said: “I think we are one of the best teams here at the defensive level.

After questions about possible changes to his team’s starting line-up, Enrique added: “I am very happy with the way we have appeared so far. I have complete confidence in all the players, but he did not name specifics.”

Despite all the praise, the Spaniard also confirmed that his side expect a very difficult quarter-final against Switzerland on Friday.

The Spanish coach stressed: The good or the bad is that both teams know each other well, referring to the two teams’ matches in the European Nations League in October and November last year.

Spain had defeated Switzerland 1 / zero in the first match, which took place at its stadium, before it tied in a deadly time 1 / 1 in the second match.

The Swiss team overthrew its French counterpart, the “world champion” in the round of 16, after beating the “roosters” team on penalties, which the two teams resorted to after the end of the original and extra time in a 3-3 draw.

Enrique pointed out that even if Switzerland do not have many internationally known players, they are one of the best teams in the European Championship, they like to press and attack.