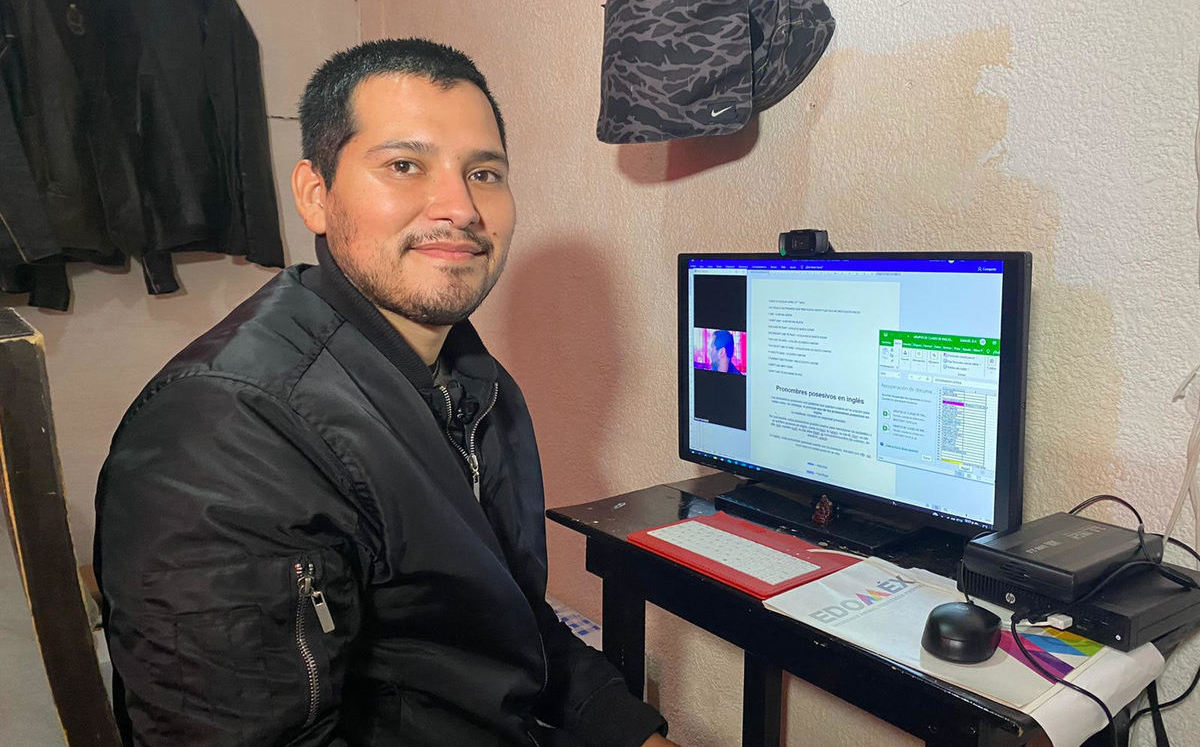 A week ago, Samuel Olvera, a 28-year-old young man, went viral with this photo that was taken in the Alameda Central, near the Palacio de Bellas Artes, where it was possible to read that he offered English classes via Zoom at 15 pesos and the first class would be free. The answer was immediate.

“It was never my intention to go viral. I only took to the streets with my poster with all the faith in the world so that people would see that I was a teacher, that I did not have a job, but that I wanted to work. A teacher who wanted to teach them to learn a new language. It wasn’t until a young man said to me ‘can I take a picture of you?’, for which I agreed. I remember saying to him, ‘Is this pose okay?’ Or I move so you can see the phone number. The last thing he said to me was, yeah, you’re okay, I’ll share. And see me here “, Olvera explained to MILLENNIUM.

Samuel lives in Naucalpan, State of Mexico, worked as an English teacher in private schoolsBut in the face of the covid-19 pandemic, he was left without a job so he decided to go out onto the streets of the capital with the poster made for him by one of his sisters.

“I told my sister to help me write that poster, since I have very ugly handwriting. Once finished he enmicó it to avoid that the rains ruined it. And I walked the streets for many weeks until in the Alameda Central, they showed solidarity with me and it was that I went viral ”, he shared.

More than a week after publication, Samuel has been contacted by more than 2,300 people on WhatsApp, and 200 are already taking basic English classes. The young man confirms that his main concern was to be able to support his family, since it is numerous and the income is not enough to sustain itself in this pandemic season.

“We are a large family, I have five sisters and I am the oldest, and the truth is that the expenses on their part they are older. My mother cleans houses and my father is a microbusier, so they can’t cope with their earnings. The need has been there latent since I was in high school, since then I pay for my studies and today I continue to contribute at home so that we have something to eat, “he said.

Although he has been criticized on social networks for offering classes at a low cost, many of his students have decided to “pay just enough”Well, although they know that the class costs 15 pesos an hour, many contribute a little more.

“Teacher, I know you told us that the class cost 15 pesos, but I do want to give you a little more, is there no problem? It is that their work is worth much more ”, a student told him at the end of one of his classes.

In a 2-by-4-meter room, a wooden chair, a monitor, a 9-inch broken tablet keyboard, and a party speaker, are your tools to teach remotely to more than 200 people, and although they are not the “right” conditions, Samuel is happy with what he has for now.

“When I decided that I was going to teach, I did not imagine that it would be to many people. But now I realize that what I have will not be enough to give my students a better educational quality. I’m starting right now, but I wait and with time I getgo something better to work with dignity ”, he expressed with a smile.

Although Samuel charges 15 pesos for classes because he says “that what he is looking for is to be accessible to students”, He also hopes that if someone wants to show solidarity When you give him or sell him cheap computer equipment, he will be grateful. For her part, María, Samuel’s mother, says she is proud of him, since for a long time she saw him sad, crestfallen and not wanting to eat.

“As a mom, I feel lucky and because of the accomplishment she is having, in fact she was already getting desperate. In several weeks I would say to him, ‘you calm down, you will see that everything will go well’. And the day they took his photo, he was sad, but wanting to get ahead. It was rainy that day, and I worried that she would get sick, but she didn’t. God is great and he blessed me, because now he is succeeding and enlightened me to continue supporting us, ”said Mrs. María.

Samuel is a Catholic, and believes in God, so now he thanks him “infinitely” for having rewarded him with the number of students who signed up to take his classes.

“I thank God for this blessing. I feel blessed, I do not have the words to thank you, but what I do have is my knowledge, which I will put into operation so that my students learn English very well and not be disappointed in me. Let them see that this was a good investment ”, he concluded.

Edomex with rains by Grace’s passage; so it will be trajectory in state