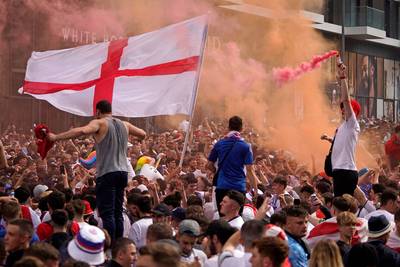 A large group of English football fans stormed Wembley stadium in London before the start of the European Championship final against Italy and tried to break into the stadium. It led to disturbances between fans, stewards and security guards. It was also restless at the fan zone in the city itself. British police have arrested at least 49 people. Nineteen officers were injured, police said.