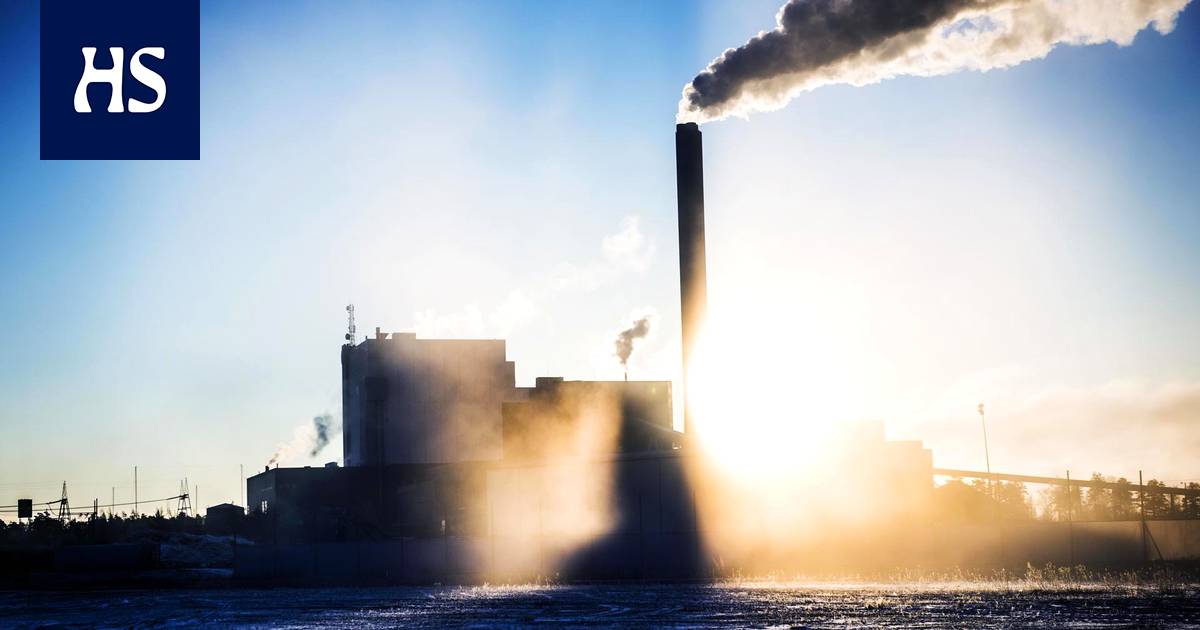 Helen and other district heating companies will be hit by higher prices.

Carbon dioxide releasing into the atmosphere in Europe has never cost as much as it does today.

The prices of emission rights have risen rapidly in the first half of the year, and it currently costs more than 40 euros to release one tonne of carbon dioxide into the atmosphere. At the beginning of this week, the price of allowances was momentarily at 44 euros, an all-time record.

The price is double the level of last spring. In the past, the price remained below 10 euros for years.

Director of Energy Industry Production, an industry association Jari Kostama says that companies in the sector have been able to expect an increase in the price of allowances, but the rate of increase in the early part of the year has been faster than forecast.

“Until a year ago, in the spring, analytical houses looked at prices of 40–60 euros per tonne for 2030. The fact that this already happened in 2021 has been a surprise,” Kostama says.

Director of Energy Procurement at Helen Energy Company Harri Mattila says that the main reason for the price increase is the EU’s decision to tighten emissions targets. The previous target is to reduce the EU’s greenhouse gas emissions by 40% by 2030, but last autumn the Commission proposed raising the target to 55%. The proposal was approved by EU heads of state in December.

The tightening of the emission reduction target means that fewer new allowances will enter the market in the future than previously expected.

In Finland the rise in prices will primarily affect district heating companies. Last year, fossil fuels accounted for only 13.8 per cent of Finland’s electricity production, but as much as 40 per cent of district heating was produced by burning coal, oil, natural gas and peat. The rising cost of allowances means that the use of high-emission fuels is becoming more expensive.

This strikes companies like Nevel, for example. Nevel, which was spun off from the state-owned peat company Vapo as an independent company, operates 40 district heating networks in various parts of Finland, Sweden and Estonia, and last year almost 40 percent of the fuel it used was peat.

CEO of the company Markus Hassinen says that at the current price of allowances, using peat is “shockingly expensive”.

“It’s a really expensive fuel. The cost of peat tax and emission rights is now 22 euros per megawatt hour. Together, these two elements already correspond to the price of biofuel, and there is not even a raw material cost for peat involved, ”Hassinen says.

Peat has become so expensive that a working group recently set up by the Ministry of Employment and the Economy proposed the use of peat. new tax subsidies to slow down the downturn.

Nevel had previously prepared for a significant reduction in peat use. The company has sought to replace peat with wood fuel, invest in energy efficiency and optimize plant use. Now the plans are being accelerated.

“The goal is to reduce the use of peat to zero as soon as possible in plants covered by emissions trading,” says Hassinen.

The two largest of the company’s district heating networks – Forssa and Lieksa – are covered by emissions trading, and the company will no longer use peat at all next autumn. It will be replaced by wood fuels. Nevel’s goal is that this year the share of renewable fuels in production would already be 75 percent.

Also Helen, which produces district heating in Helsinki, is concretely aware of the rise in the price of emission rights in her operations. Last year, 46 percent of Helsinki’s district heating was produced with coal.

Mattila Helen says that the company has reacted to the situation by changing its production palette.

“We have a lot of heat pump production, their use is increasing. Natural gas production also drives more compared to coal. ”

The use of wood in Helsinki will also increase in the next few years: A bioboiler is currently being built in Vuosaari, which is scheduled to be used at the end of next year. In the longer term, Helen wants to give up combustion-based heat production altogether.

For households and for companies, an increase in the price of allowances may raise concerns about rising heating costs. However, energy companies do not want to intimidate with price increases.

“We strive to minimize the costs to the customer from the increase in the price of emission rights,” says Nevelin Hassinen.

“Our goal is for the price of district heating to be stable and competitive,” says Mattila Helen.

One thing is certain: investment plans for lower-emission production are now gaining momentum, because there is no prospect, at least the emission rights would be declining.

“In the analysis houses, the price level of EUR 100 per tonne by 2030 is by no means considered impossible,” says Kostama of the Energy Industry.

A new trailer for Biomutant shows its incredible world