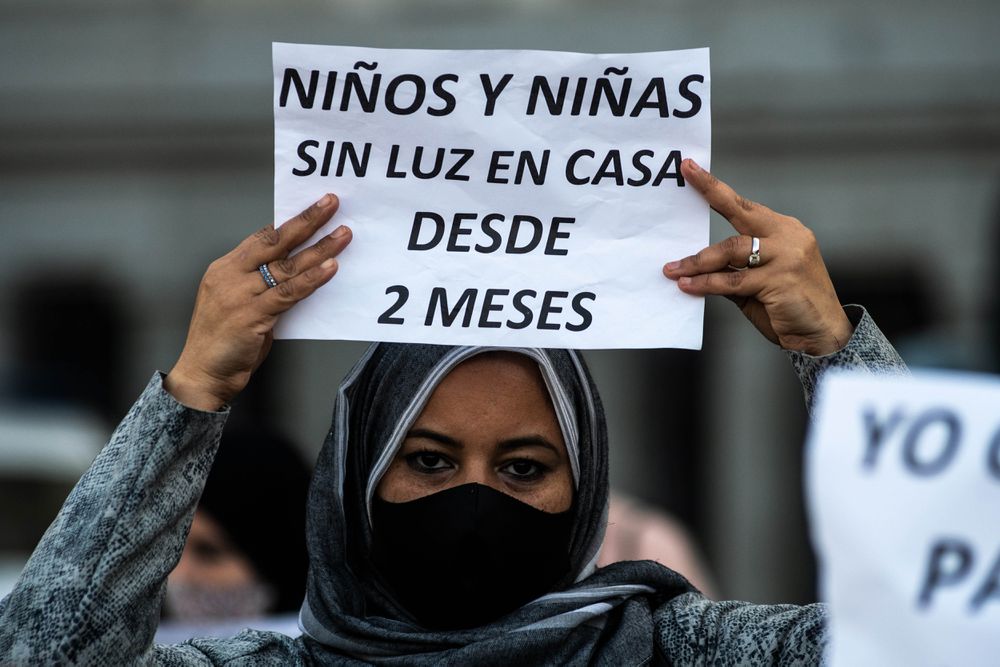 The price of electricity has risen to 90 euros per megawatt hour in the heat of the cold wave. Although this week rates have collapsed thanks to the wind, which drives the cheapest wind energy, the combination of sub-zero temperatures, the rise in the first two weeks of the month and a pandemic exacerbate energy poverty in Spain. Turning on the heat is a luxury that many very low-income or unemployed households cannot afford.

He 2020 indicator update report of energy poverty, although with data from 2019, published by the Ministry for Ecological Transition, it shows that 7.6% of the population cannot maintain an appropriate temperature in their home, 6.6% suffer delays in the payment of utility bills, 16.7% of the population had an energy expenditure disproportionate to their income level and 10.6% of households were affected by hidden energy poverty, that is, they did not use energy. In total, 10 out of every 100 households in Spain suffered from energy poverty in 2019. These are data, however, that improved the 2018 figures, and that distanced Spain, with 7.5% of households that cannot be heated, from others countries such as Portugal (18.9%), Greece (17.9%) and Italy (11.1%), according to the 2019 Eurostat Statistical Office survey.

But everything changed from March with the pandemic and, although experts agree that energy poverty has escalated as a result of covid-19, it is too early to know to what degree. Even so, we find some indirect indicators: since April, requests for the electricity social bond have grown at a rate of more than 200 requests per day. This has caused that in August of last year there were more than 1.3 million beneficiaries, according to the National Commission of Markets and Competition (CNMC).

“The confinement first, and the situations of unemployment or ERTE, teleworking or the cessation of activity that have been associated with the crisis later, have forced thousands of people to stay many more hours in their homes and, as a consequence, to consume more energy ”, argues José Luis López, director of the Association of Environmental Sciences (ACA), a pioneer entity in the study of this problem.

Also, a report prepared by the General Council of Technical Architecture of Spain and Mutua de Propietarios during confinement shows that 8% of Spanish homes will be cold this winter in their homes and 35% will not reach a comfortable temperature.

Marc Escarrabill belongs to that 6.6% of the population that not only is late, but also cannot pay their bills; This 32-year-old unemployed young man, who lives for rent in Vic (Barcelona), suffers from energy poverty for almost three years and accumulates a debt of 3,900 euros for electricity and water to the energy company. At the moment it is processing the electricity social bond: “It has not been a bed of roses due to the lack of knowledge and the scarce information that exists. If I am single, how am I going to have the family book required by the company to access the bonus? ”He asks. Now, it is also enough to provide a certificate of proof of life and status in case of requesting it individually.

For María Campuzano, spokesperson for the Alliance against Energy Poverty, an entity that has advised Marc, “the electricity social bond is neither an efficient nor an effective measure; the rent limits and the established discounts – 25% or 40% – on the electricity bill leave many people out ”. Calls for the creation of another state figure that establishes a progressive social rate based on the income of that household and prohibits supply cuts.

Since January 2021, with the price of electricity going through the roof, the situation is complicated. The experience in direct care for families by Provivienda, an association that works to guarantee the right to basic supplies for a home, already shows an increase in the number of aid benefits. In 2020, 360 people attended, 150 more than the previous year. “Only the measures established by the Government to face the pandemic, and among which is the moratorium on the payment of energy supplies, avoiding the interruption of supply in the most vulnerable households, can somewhat limit the effect of the covid -19, although it is still to be clearly defined how and when consumers are going to regularize their invoices with their trading companies, once this moratorium ends, ”points out Fernando Rodríguez, territorial director of Provivienda in the Canary Islands.

Ana León, from Santa Cruz de Tenerife, is one of Provivienda’s beneficiaries: she has not yet suffered delays in paying her bills, but her financial situation (she earns just 300 euros per month) and her family situation (her husband is a pensioner) become energetic vulnerable. “I have been able to change the refrigerator for an energy class A to alleviate the bill,” she says gratefully.

For three years, this association has been developing a project that aims to improve access to energy and includes a comprehensive intervention against energy poverty, both preventive and palliative. In addition to training families in efficient consumption habits and energy billing, energy saving methods and improving comfort, it performs a diagnosis of the energy needs of homes.

The outbreak of the crisis caused by covid-19 has catapulted the figure of the social energy manager, responsible for optimizing all processes that involve energy consumption in a home or building. Eduardo Linares is a technician at the Energy Consumer Information Point of the City Council of El Valle, a small town of 900 inhabitants in Granada. Before, he had suffered in his own flesh energy poverty. “Of every 10 electricity bills that I see, 7 are on the free market. I study the contracts one by one to change them to the regulated market, much cheaper, I sign them with the authorization of their holders and I go to the trading companies to manage the rate change, ”explains Linares.

In this way, and in just three months, it has already carried out 380 interventions on the electricity bill (from changes to regulated market rates, optimization of contracted powers, hiring of hourly discrimination to the cancellation of additional services -insurance-) . Still 16 million contracts are in the free market, compared to 11 million in the regulated market, according to the CNMC.

Check the daily coupon of the ONCE for today Thursday February 11, 2021