End of restrictions due to covid in England: lack of control in the clubs and Boris Johnson isolated 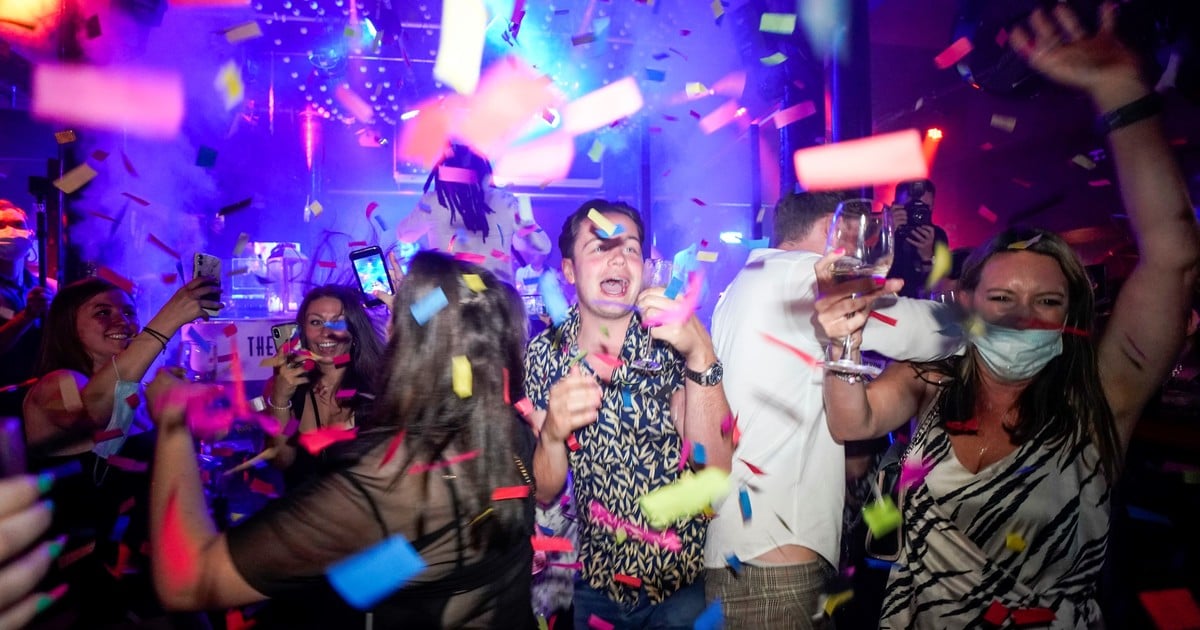 Britain on Monday decreed its Freedom day of the Covid. He released the activities and has his prime minister, Boris Johnson, isolated by contact with a case of coronavirus. The kingdom will have 200,000 daily cases by mid-August.

Boris, locked in his official Checkers country house, first decided to join a health service program that allowed him not to isolate himself in exchange for being tested every day. The reaction was such who decided to isolate himself together with the Chancellor of Finance, Rishi Sunak, after having been in contact with the Secretary of Health, Sajid Javid, who it tested positive on Sunday.

No minister will be able to submit to that plan of not isolating himself.

Downing Street and the Cabinet Office said they had withdrawn from the pilot scheme and that no more ministers or officials would benefit from it. High government sources are in private nervous for the next several weeks, amid signs that infections are so far at the upper end of the projections.

People arrive and do at 00.01 on Monday to enter a bowling alley in London. Photo: Reuters

From his isolation, the prime minister spoke of the end of the restrictions. He said: “If we don’t do it, should we ask ourselves when we are going to do it? But we have to be cautious. We have to remember that the virus is there. Cases are increasing. We can see the extreme contagiousness of the Delta variant. So please please be cautious”.

Labor leader Sir Keir Starmer described the lifting of restrictions as “Reckless mistake”. “The prime minister is essentially putting the whole nation in a car, pressing the accelerator and taking off the seat belt,” he denounced.

Professor Neil Fergusson, from Imperial College, warned the population that cases will reach 100,000 per day, with the potential to double.

Professor Andrew Hayward, from University College London and a member of the Scientific Advisory Group for Emergencies (Sage), warned about “An extraordinary number of cases”, as restrictions are eased.

“At this time, approximately one in 100 of us is a carrier of the infection; at the height of the pandemic it reached about one in 50, “he said.

“Learn to live with Covid” is his slogan. Crowds led the nightclubs in the early morning on the first day of liberation into the kingdom and they danced and drank all night.

The premier defended his decision to lift the restrictions, despite a warning that admissions will increase and hospitals will overwhelm. But the government faces the health dilemma and pressure from entrepreneurs and the economy.

Dance and drink the night away at The Piano Works in Farringdon, London. Photo: AP

From this Monday use masks or chinstraps it is not a legal requirement in shops, restaurants or public transport. Although the main supermarkets recommend it and it will be mandatory in public transport.

Restaurants, theaters and cinemas are reopening to full capacity. The night clubs open and can be held concerts, sporting events and festivals.

There will be no limits for participants in funerals and weddings. Is allowed sing and dance in weddings.

Teleworking is a decision in the hands of employees. It’s officially over.

The Test and Trace, which detects Covid cases, is still in force. This health service application pings when a person is detected near another who has the virus. If that happens you have to isolate yourself.

Cases on the rise

When Freedom Day was declared in the kingdom, they confirmed 48,161 cases in Britain on Sunday and 25 dead.

YouGov polls found that the 55 percent of the population is against of the opening and 31 percent in favor.

Thousands of British pay thousands of pounds to leave France and the Balearic Islands at this time before the British government imposes its unforeseen 10-day quarantine upon return.

Unexpectedly Britain placed France on the red list and the quarantine began this Monday at 4 in the morning, even if they are fully vaccinated, The British fear variant B, South African, which they claim is very high in the overseas territories of France, such as La Réunion, in the Indian Ocean.

Menorca, Mallorca and Ibiza were moved from the green list to the amber list before the increase of infections, after that the tourists arrived en masse. Doubly vaccinated people and young people under 18 years of age are exempt from being isolated.

Travel agents fear that Spain, Greece, Germany, Belgium and the Netherlands will be placed on an “amber plus” list by the British government, forcing the double vaccinated to also isolate themselves.

Conditions for travel they change every week and they cause insecurity to the vacationers, who have decided to stay in the kingdom in the face of uncertainty. But prices for holidays in houses, cottages and hotels have doubled from exorbitant way in Great Britain. It is cheaper to travel to the United States or Greece on vacation than to stay in your country.

The fear of the government is that if the hospitals are overwhelmed, they will accuse them for the reopening and not for the conduct of citizens.

The government decided that until August 16 all must self-isolate if they are in contact with someone with Covid.

Events without capacity as of this July 19. Photo: dpa

Nadhim Zahawi, the vaccine minister, said the quarantine requirements for those who had been in contact with someone who has coronavirus were “an important precautionary measure” and should remain until vaccine coverage is higher.

Supermarkets warn of food shortages. Train operators cancel services due to the number of personnel that are forced to isolate themselves by Test and Trace and to whom the contact tracing application points them.

Those twice vaccinated will be exempt from such quarantine requirements on August 16. Cabinet ministers are among high-ranking parliamentarians lobbying for advance that date.

But Zahawi told BBC Radio 4’s Today program that sticking to the date was “an important precautionary measure because we would have double vaccinated 18-year-olds who had just received their first vaccination.”

“By August 16, we will have protected more and more members of that generation. They could be teachers, young parents and other people who can then return to work safely, “he added.

Said “there were no easy decisions, this is the clinical advice. The app says clinically that you’ve been in contact with someone who tested positive and that clinical advice is important advice. “

Public health chiefs have insisted that there is no relaxation for people with double vaccinations or changes in the sensitivity of the NHS contact tracing app. until the peak of cases has passed. Something that is not expected for another month.

The “ping”, a problem for companies

Kwasi Kwarteng, the commerce secretary, insisted that “there is no movement” on August 16, despite saying that he had insisted on the case in the government.

He acknowledged that the number of workers who were “pinned” by the NHS Covid-19 application was the “biggest problem” posed by company bosses.