End of chancellor after 16 years: Merkel will do that on the first day after her chancellorship 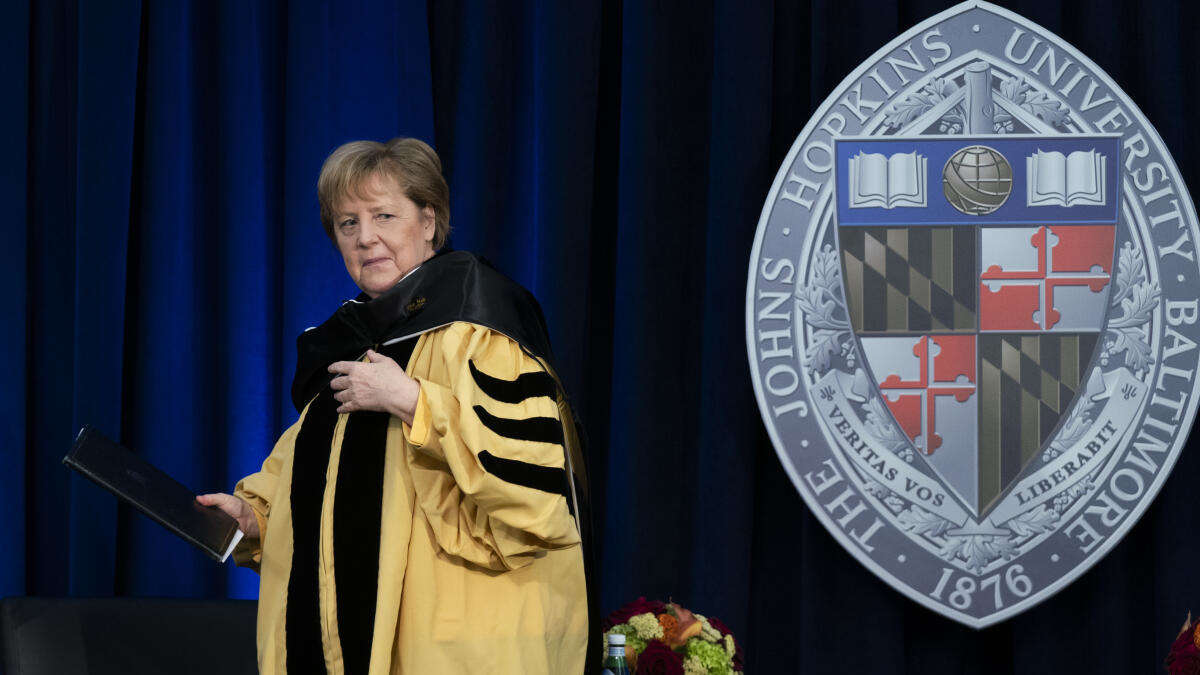 Angela Merkel will not be Chancellor of Germany much longer. What she will do after her 16-year chancellorship, she now revealed on the sidelines of her visit to the USA.

Washington – Chancellor Angela Merkel * is currently in the USA. The CDU politician meets US President Joe Biden * in Washington. Merkel is the first head of government from Europe to have welcomed Biden to the White House since he took office on January 20.

Merkel had already met US Vice President Kamala Harris for breakfast on Thursday morning (July 15). On what is likely to be her last trip to Washington as Federal Chancellor, she will be received by Biden around 8 p.m. German time. Before meeting the Democratic politician, the 66-year-old was awarded an honorary doctorate from the prestigious Johns Hopkins University.

In a speech, the president of the university, Ronald Joel Daniels, emphasized Merkel’s firm trust in scientific approaches in the fight against the corona pandemic *. For her part, Merkel emphasized the importance of the university in collecting data on the global spread of the virus. On the sidelines of the award ceremony, the Chancellor also spoke about her impending end of political responsibility.

Merkel: “I won’t accept the next invitation because I’m afraid I have nothing to do”

Merkel wants to take things slowly after the imminent end of her 16-year term in office. She will “not accept the next invitation right away because I’m afraid I have nothing to do and nobody wants me anymore.” She had been asked what she would do the day after the handover.

The native of Hamburg wants to take a break instead and think about “what actually interests me”. In the past 16 years, she has had little time for this. “And then maybe I’ll try to read something, then my eyes will close because I’m tired, then I’ll sleep a little, and then we’ll see.”

Merkel on the end of the Chancellor: “I think I will like that very much”

Merkel also made it clear that she would not miss having to constantly make decisions. It is true that she would probably have a lot of thoughts out of habit about what she should do now. But “then it will quickly occur to me that someone else is doing it now. And I think I will like that very much. ”

Merkel became Germany’s first female chancellor in 2005. She will not run again in the Bundestag election on September 26 *. She had previously given up the position of CDU chief * – first to Annegret Kramp-Karrenbauer, then to Armin Laschet *. (as / dpa)