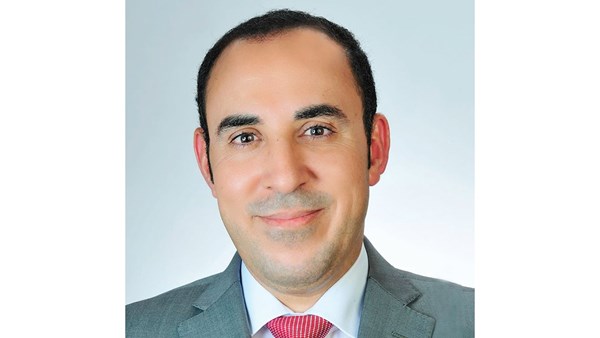 On the fifteenth of March, every year, the United Arab Emirates celebrates the “Emirati Child’s Day”, with the aim of educating all groups of society about the rights of the child and ensuring them, so that he develops in a safe and healthy environment that supports his abilities and skills. The state community as a whole. This day was approved in accordance with the decision of the Ministerial Council for Development in its meeting held on the 11th of March 2018, based on the initiative of Her Highness Sheikha Fatima bint Mubarak, President of the General Women’s Union, President of the Supreme Council for Motherhood and Childhood, and the Supreme President of the Family Development Foundation, within the strategy National Motherhood and Childhood 2017-2020, with the aim of educating all groups of society on the rights of the child.
We believe it is appropriate that the Emirati legislator not only talks about guaranteeing the rights of the child, but works to empower him and enhance his role in society, considering that today’s children are the backbone of the future, and affirming in all laws and legislations the need to investigate and ensure the best interests of the child. The general philosophy governing the legal status of the child in all areas is to achieve the best interests of the child. Perhaps this is evident from the review of the legal texts contained in many legislations related to children. For example, according to Article 2 of Federal Law No. (3) of 2016 regarding the Child Rights Law “Wadima”, the legislator states clearly and explicitly that “the competent authorities and the concerned authorities shall work to achieve the following: Protect the best interests of the child ….” Article 4, Article 1 of the same law stipulates that “the family is the first and best environment for the upbringing of the child, and the state guarantees its existence, preservation, protection and care, in a way that achieves the rights and best interests of the child, and it is replaced when necessary by an alternative family.” The second clause of the same article adds that “the protection of the child and his best interests shall take precedence in all decisions and actions taken in his regard, and the competent authorities and the concerned authorities shall work to achieve this by taking the necessary measures, including:“ In defining what is meant by the term “the best interest of the child” Article one states From this law: “Putting the child’s interest above every consideration and priority and preference in all circumstances, regardless of the interests of other parties.”
With regard to child custody, when the parents are separated, the legislator decides in more than one place that the interest of the child is the first to follow in what he has the right to custody from the parents or whoever takes their place. This statement is that Article (146) Clause 1 of Federal Law No. (28) of 2005 regarding personal status stipulates that “the right to custody of the child is established for the mother and then for women incestuous persons, in advance of the one who leads the mother to the one who gives the father, considering it the closest of the two sides, With the exception of the father, in the following order, provided that the judge, when deciding on this, takes into account the interests of the child in custody: … ». The sixth clause of the same article states that “the mother has custody of her children when there is a dispute over custody, unless the judge decides otherwise in the interest of the child.” The seventh clause authorizes “each of the mother and the father to request that the children be joined to him if there is a dispute between them and the mother leaves the marital home even if the marriage exists between them, and the judge shall decide on the request considering the interest of the children.”
With regard to children of unknown parentage, it is also evident that the legislator is keen on preserving the best interests of the child. This statement is that Article 2 of Federal Law No. (1) of 2012 regarding the care of children of unknown parentage defines the objectives of this law, by stating that “this law aims at the following: … 2. Ensuring the rights and civil liberties of children of unknown parentage and protecting Their private life, their right to personal security and the preservation of the best interests of the child … ».
Thus, from reviewing the texts of the legislations issued in the country, it seems palatable to assert that the Emirati legislator sets his sights on achieving the best interests of the child, which can be said with which it is possible to say that this constitutes the general philosophy that governs all national legislations and policies related to the child. And the God of the intent behind.

‘Love and anarchy’, a not so typical romantic comedy

Gymnastics Safe and healthy exercise is a gymnast’s right: “We want to ensure that gymnastics produces well-being”