Empoli is a phenomenal: his Primavera championship. Atalanta, no tris 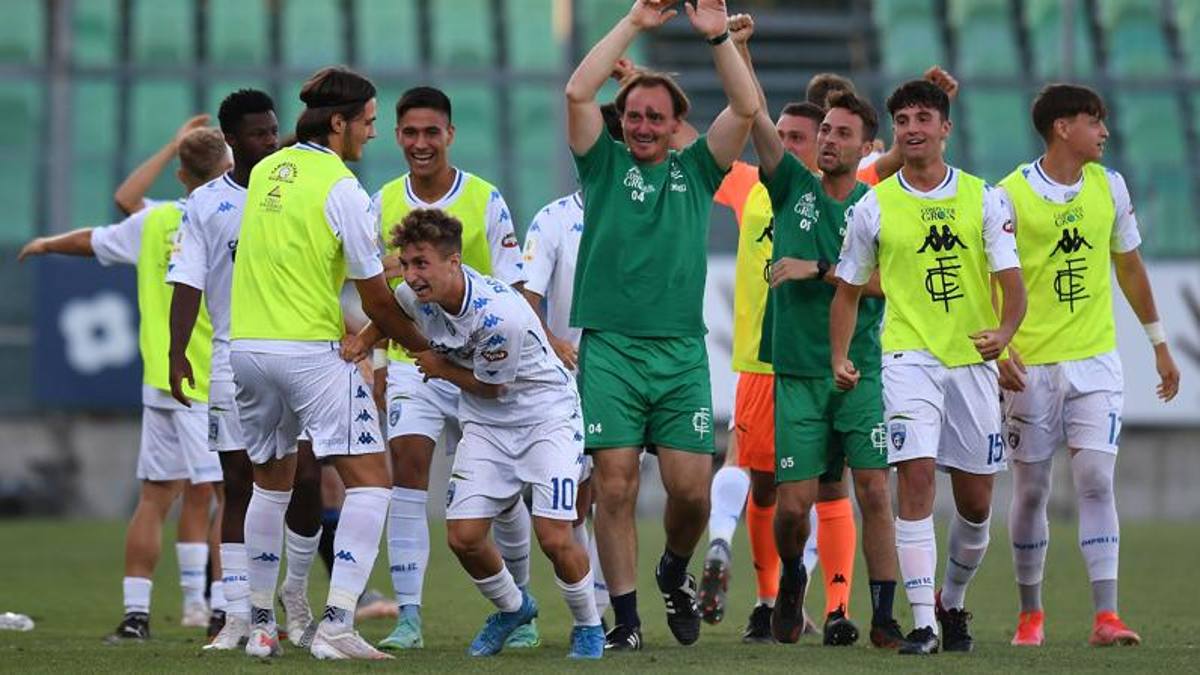 After eliminating Juventus and Inter, the Tuscans beat Atalanta 5-3, driven by a super Baldanzi

The three of a kind at Atalanta Primavera fails, which after two league titles in a row surrenders to Empoli, the last of the qualifiers to the final phase, on the very last day of the regular season. Buscè’s team, disqualified after the red in the semifinal, signs yet another feat, after having eliminated Juventus and Inter, wins 5-3 in Sassuolo, dragged by the umpteenth excellent performance of the number 10 Baldanzi, who wins the comparison at a distance with the other playmaker Cortinovis, and brings home a championship that had been missing in the category since 1999.

The game does not start well for Atalanta: Italeng weakly kicks a good chance, then Ghislandi, one of the pillars of the team, has to leave due to injury (in his place Grassi, who goes to make the left winger, Renault returns to the right, in its natural role). And at 26 ‘the Empoli advantage arrives: Ekong is put on the ground by Ceresoli, a yellow card and a free kick in the line of the area, Baldanzi touches it back for Asllani, who kicks power, behind Dajcar. Almost immediate equal: low cross from Gyabuaa, precise right from the edge of Sidibe. Even the 1-1 did not last long: in ten minutes Empoli made two. Baldanzi sows two opponents in speed – the second is just the other number 10, Cortinovis – and kicks with his right, beating a far from flawless Dajcar, as well as on Ekong’s goal, who starts on the counterattack and mocked him with the ball between the legs.

In the interval Brambilla immediately changes two defenders, inserting a central (Cittadini) and a midfielder (Oliveri), to go from 3-5-2 to 4-2-3-1, after 3 ‘low cross from Cortinovis, on the opposite side puts Gyabuaa back in the middle, Italeng ruins everything by kicking very high from the penalty spot. Two minutes later another mistake by Atalanta’s number 9, but at 8 ‘he made up for it by heading the 2-3 ball into the net. But Empoli re-establishes the distance two minutes later with Ekong, who sprints in a suspicious position and signs the brace a stone’s throw from home (he was born in Reggio, when his father, a former Nigerian international, played in Reggiana): many protests, the second of Brambilla, Marco Zanchi, who is dismissed from the bench, does the shopping.

At 26 ‘De Nipoti, on the 4’ field for Ghisleni, intervenes with his elbow raised on Pezzola: the referee expels him, a mix of protesting players, the number 6 of Empoli gets up and pushes the author of the foul, even before he can leave the field, a red card for him too. At 39 ‘Atalanta remains in 9: shot of the usual Baldanzi, Scalvini stops him a couple of meters before entering the area. Asslani beats the free-kick, Dajcar rejects short, Fazzini arrives on the rebound but kicks high. There is still time for a penalty from Cortinovis in the 90th minute (hand ball, flawless transformation with the goalkeeper displaced), and for the response, a minute later, of the usual Baldanzi, who receives from Fazzini – his excellent escape on the right – bypasses the direct opponent and kicks the 5-3 ball into the net at the far post, good for celebrating the MVP award of the finals, named after Piermario Morosini (which will be given to him by his cousin, Piergiulio). Atalanta closes forward, Cittadini hits the intersection of the posts, then Empoli can celebrate.