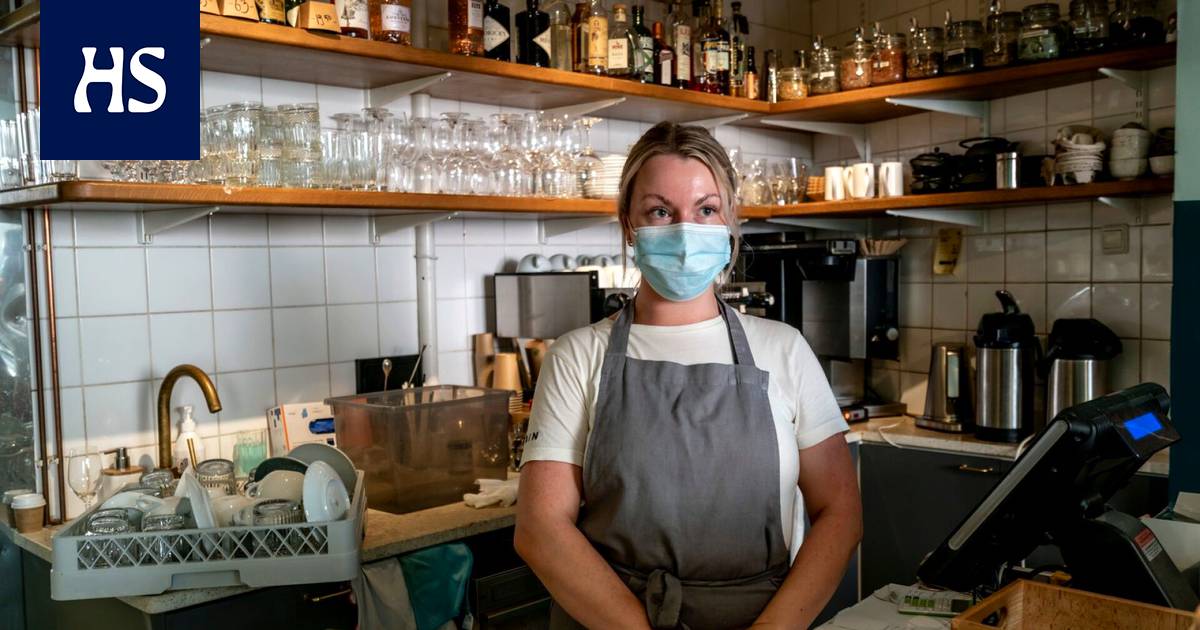 The Confederation of Finnish Industries is concerned about the number of job vacancies. “If we look at how many vacancies there are in relation to unemployed jobseekers, we are actually very close to the peak at the very end of the previous upswing,” says EK’s Sami Pakarinen.

Are you spinning company? Does it feel that it is exceptionally difficult to find employees in Finland?

It’s no wonder. Namely, there are an exceptional number of vacancies in Finland right now.

According to data from the Ministry of Employment and the Economy (MEE), there were more than 64,500 vacancies in Finland at the end of June. The reading is the highest in June in the statistics up to the beginning of 2006. Similar records were also set in April and May.

Manager Sami Pakarinen The figures from the Confederation of Finnish Industries (EK) are worrying.

“If we look at how many vacancies there are in relation to unemployed jobseekers, we are in fact already very close to the peak at the very end of the previous upswing,” says Pakarinen.

Labor shortages have increased, especially in industry. In June, 2,974 jobs were open in industry. A year earlier, there were almost 1,300 job vacancies. The growth is almost 135 percent.

“I came for an interview, asked for a full-time job, and got it. Getting a job in the restaurant industry is now really easy, ”said the interviewee Christian Atkinson. He works at the Daddy Greens pizza restaurant in Punavuori, Helsinki.

Labor shortage growth has also been strong in Pirkanmaa. The number of job vacancies has increased by 105 per cent since the end of last June, ie more than doubled.

The matter does not surprise the leader Peer Haatajaa Tampere Chamber of Commerce. He describes the situation with regard to labor shortages as bad.

“It has been well known that this will happen if the business cycle picks up hard.”

According to the applicant, the situation is visible in all sectors as well as in certain service sectors of the public sector.

According to Haataja, the growth of the labor shortage in Pirkanmaa is explained, among other things, by the diverse economic structure. He describes Pirkanmaa as “a vibrant growth region where companies have a strong desire to grow”.

“I am not at all surprised that we seem to face an even more challenging situation than many other provinces. Good things have meant that we now have a severe labor shortage. ”

Pakarisen according to, structural problems related to labor shortages were already known before the coronavirus, but were temporarily buried under the economic dive caused by the pandemic.

“When we start to recover after the global shock, we will find these problems, which are buried under the surface for a while, very quickly again in front of our noses,” says Pakarinen.

The positive outlook for the economy has been reported this week in many different directions.

EK announced on Tuesday business cycle barometer According to the company, the order backlog of industrial companies is at its highest level since 2007.

At the same time, it said, companies have very strong confidence in a bright future. Confidence readings for all industries were above long-term averages.

Statistics Finland, on the other hand, said that consumer confidence in their own finances and financial situation was stronger than ever.

The earnings period for listed companies has also been quite positive.

The growth cycle and the combination of labor shortages reveals a familiar equation: the working-age population shrinks as large age groups retire, while at the same time companies seeking growth need more labor.

Pakarinen calls for a solution to the problem of work-related immigration and measures that would make it easier for the working-age population to move from the unemployed to the employed.

These means include, for example, incentives to take up work.

“It’s a solution that can solve the problem on a larger scale.”

Fresh According to the figures, the seasonally adjusted employment rate in Finland was 72.4 per cent in June.

According to Pakarinen, the situation would be good if the seasonally adjusted employment rate were first raised to 75 per cent and finally to about 78 per cent.

“Raising employment is absolutely central to getting our public finances adjusted,” Pakarinen says.

He warns against lulling the idea that post-pandemic growth would continue on its own.

According to a forecast published by the Bank of Finland in June, the Finnish economy would grow by 2.9 per cent this year and 3.0 per cent in 2022. In 2023, however, GDP growth would slow to 1.3 per cent.

“The boundaries of the structure of the economy will inevitably come up at some point. According to forecasts, there will be more than one percent economic growth in 2023, and these economic structures will be satisfied with that, ”says Pakarinen.

Read more: Not even the delta variant seems to stop the amazing boom in the economy. Can this continue?

Read more: The employment rate jumped sharply in June, with female employment in particular improving – “The number of job vacancies has risen very sharply since February”