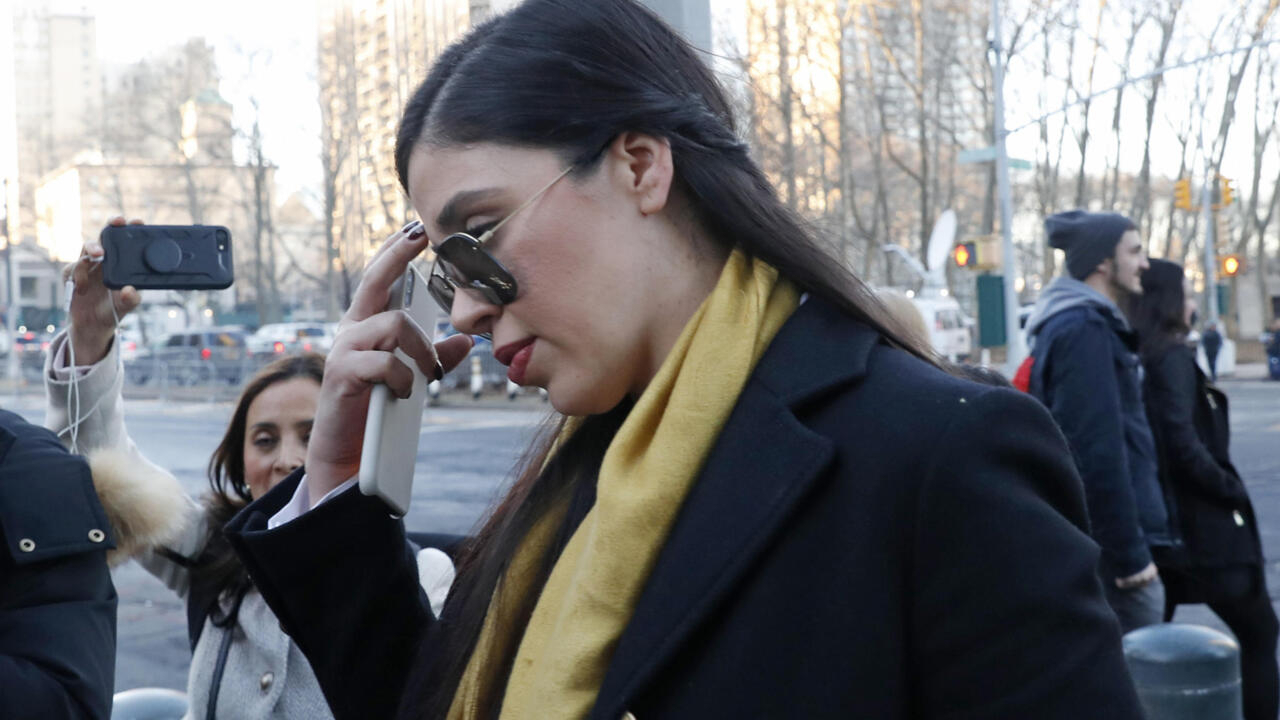 The wife of Joaquín ‘El Chapo’ Guzmán, a former boss of the Sinaloa cartel, was arrested on Monday for her alleged participation in international drug trafficking, according to the US Department of Justice. She is also accused of having collaborated in her husband’s escape from a Mexican prison in 2015.

He is charged with conspiracy to distribute cocaine, methamphetamine, heroin and marijuana in the United States. That country’s Justice Department also points out that she helped her husband escape from a Mexican jail in 2015 and planned another escape for Guzmán before he was extradited to the United States in 2017.

According to the department’s note, the defendant remains in custody and it is not clear if she has any lawyer to defend her so far. Coronel is scheduled to appear on February 23 by videoconference before the District Court of the District of Columbia, the US capital.

In 2015, ‘El Chapo’ escaped through a 1.6-kilometer-long tunnel that started from the shower of the cell where he was being held in the Mexican prison of the Altiplano. According to the US Justice, the role of his wife was key in planning his escape, the main objective of which was to prevent Guzmán’s extradition to the United States.

US court documents accuse Coronel of having worked with her husband’s children and with an informant who is now cooperating with US authorities to organize the construction of the tunnel that Guzmán used. The plan included the purchase of land near the prison, firearms and an armored truck, among other items.

Guzmán was sentenced in the US to life imprisonment in February 2019. As head of the Sinaloa cartel, he was responsible for the traffic for nearly 25 years of tons of cocaine and other drugs to the United States. In addition, judicial documents of his accusation assure that his “army of hitmen” had orders to kidnap, torture and kill anyone who interfered in his plans.

Coronel, Guzman’s mother of two daughters and more than 30 years younger than her husband, has been with him since at least 2007. After the arrest of ‘El Chapo’ after his escape in 2015, Emma Coronel put pressure on the Mexican government to improve her husband’s conditions in prison. Following his sentencing in 2019, he launched a clothing line in his name.

Laso: “We were short of breath, so I’m happy with the victory”

LeBron James puts another flag in Cleveland and with the Lakers

HS Helsinki Mellunmäki has snowy stairs that had to melt on their own – Now the city closed the route, because clever technology doesn’t work