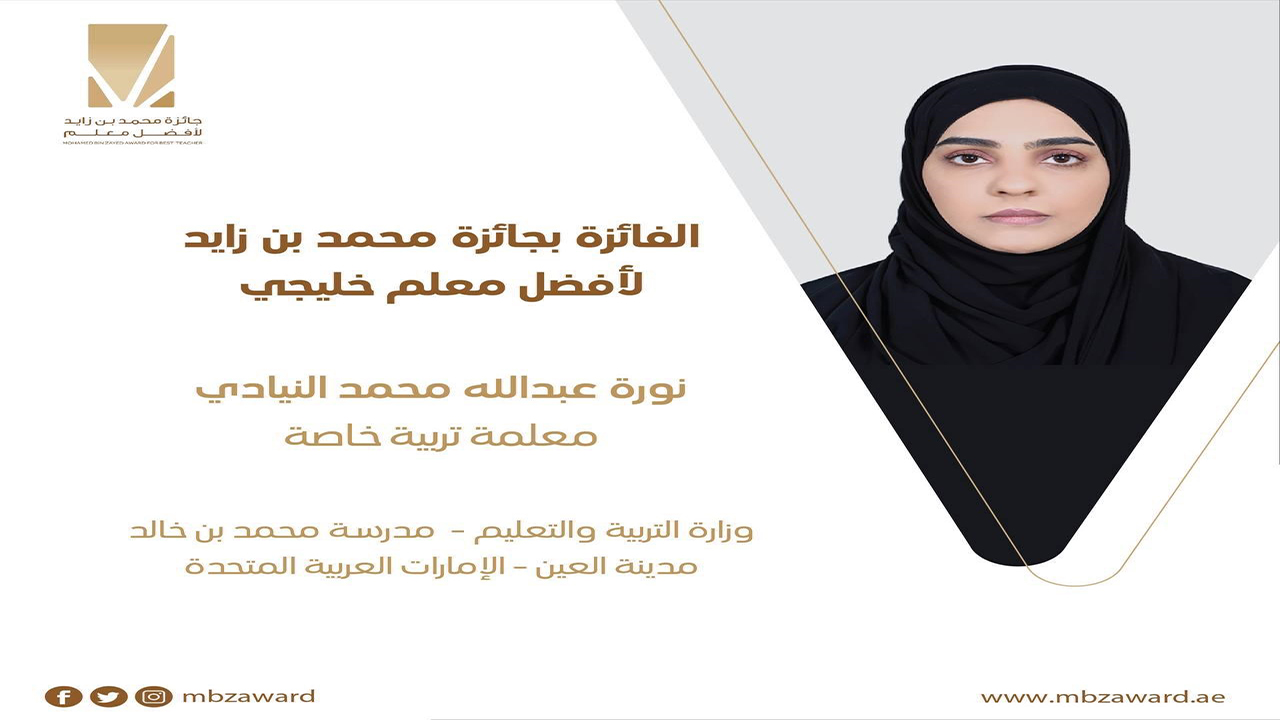 The Mohammed bin Zayed Award for Best Teacher is one of the most prominent educational awards in the Arab world, as it enjoys great sponsorship and support by His Highness Sheikh Mohammed bin Zayed Al Nahyan, Crown Prince of Abu Dhabi and Deputy Supreme Commander of the Armed Forces, who directed its launch in order to spread a culture of excellence among teachers. locally and in the Arab world, and making it a strategic choice for the education system at the local and regional levels, to ensure the quality of educational outputs, to enhance creative competition among teachers and to highlight their achievements, talents and creativity, and to enable distinguished educational thought to take its way into the school community by developing their skills, abilities and learning methods, and motivating them to be creative. To keep pace with the scientific and technical developments in the education sector, to achieve the award’s goals and vision towards sustainable education, in which the teacher is the backbone of the educational process.

The award-winning national teacher, Nora Abdullah Al-Niyadi, said: “I won the award for the best Gulf teacher and a medal on my chest, especially as it bears the name of His Highness Sheikh Mohammed bin Zayed Al Nahyan, noting that she has been seeking for two years to be nominated for the award and this year her efforts have been crowned by nomination and winning the award.”

During her participation in the virtual closing ceremony organized by the award at the Louvre Abu Dhabi, in the presence of the Minister of Education, the General Supervisor of the award, Hussein Al Hammadi, and a number of members of the award committees, she indicated that during her academic career she implemented many initiatives and programs that qualified her for this award, including The first camp for students of determination, and a program to fulfill the wishes of people of determination, in addition to the social support program for people of determination.