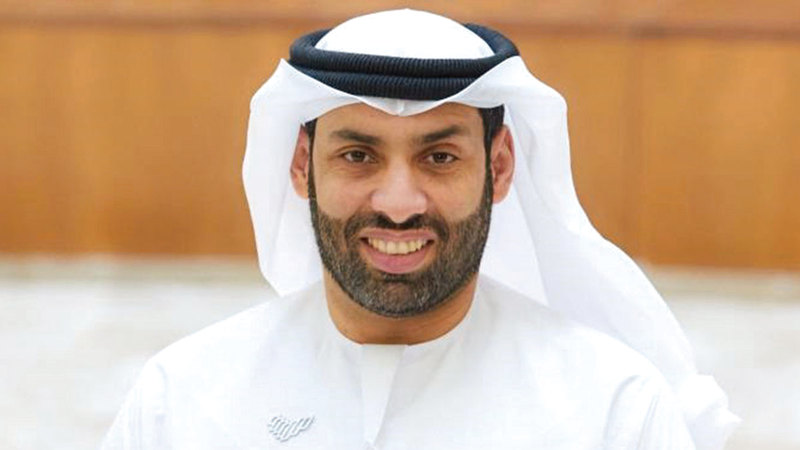 A recent Emirati study has reached promising scientific results, paving the way for finding new and innovative treatments for breast cancer, as it detected differences in the genetic changes (mutations) of breast cancer between Arab and Western women.

The study, which lasted five years, and is the largest of its kind in the Arab world, concluded that ethnic differences are the main reason behind this difference.

The study was conducted by a research team led by the President of the Emirates Oncology Society, Director of Oncology Services at Burjeel Hospitals, Professor Humaid bin Harmal Al Shamsi, who confirmed that breast cancer is the most common tumor in the UAE, while most studies conducted on genetic changes, which may determine the course of treatment. , on medical research issued in Western countries only.

Al Shamsi said: “We noticed differences in the nature of cancerous tumors and their genetic mutations in Arab women, compared to Western women. Because of our years of experience in treating this disease in Canada, the United States and the UAE, we decided to conduct scientific research that includes analyzing genetic mutations using a very modern technology in the field of cancer and tumors, the next generation sequencing technology, which scans the human DNA in search of the presence of genetic changes associated with breast cancer. ».

He mentioned that the main reasons for the difference in genetic variables between Arab and Western women, according to the results of the study, are ethnic differences.

Al Shamsi said that the study, which is considered the largest in the Arab world in this field, took five years (2016-2021), during which genetic mutations were analyzed for 87 women from the UAE, Saudi Arabia, Algeria, Egypt, Iraq, Jordan, Lebanon, Libya, Morocco, Oman, Palestine, Sudan, Syria and Tunisia, and showed a difference in genetic variables. for Arab women compared to genetic mutations for Western women.

Al Shamsi stated that personalized medicine, which is based on genetic screening for cancer patients, is the latest method for treating cancer patients, stressing that this study highlights the difference in mutation rates among Arab women compared to Western women.

He added that reaching conclusive results requires conducting more research and studies on a larger scale, taking into account the evolving role of some of these variables in the personalized treatment of cancer.

He explained that “Genetic changes are used as targets to inhibit cancer cells. For example, the percentage of the gene mutation known as pik3ca in Western women ranges between 20-30%, while the study showed that it is only 12% in Arab women. This mutation is very important for the acceptance of one of the newest treatments for breast cancer, alpelisib.”

He stressed that the study made it possible to identify new genetic changes in breast cancer, including NPM1 and MPL, which opens new avenues for research aimed at knowing the role of these mutations in the genesis and treatment of breast cancer.

Head of the Radiation Department at Burjeel Medical City (participant in the study), Dr. Ibrahim Abu Ghaida, said that cancer research, which focuses on cancer patients from Arab countries in general, and from the Gulf countries in particular, is very important, because breast cancer in the Arab population has different clinical and immunological features, Compared to the Western population, including early onset and diagnosis, especially under the age of 40, tumor grade, and amplification rate, characteristics that negatively affect successful recovery from the disease. The incidence of breast cancer among Arab women is also increasing over time. It is more likely to appear in advanced stages at a lower rate over a period of five years, compared to patients from Western countries.

Professor Humaid Al Shamsi confirmed that cancer research in the UAE has made an impressive leap in the past years, noting that 71 medical research papers have been published, including 30 research papers during the past 18 months.

The studies aim to highlight the UAE’s role in the field of medical research worldwide, with the support of government and private agencies in the country.

Al Shamsi added that research cooperation between research centers in countries around the world increases the pace of discoveries in all fields, including cancer and oncology.