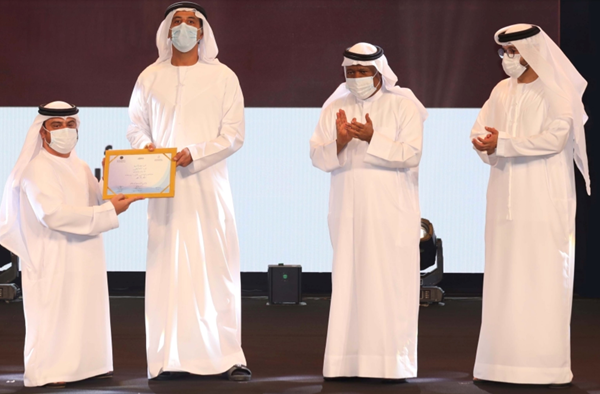 Abu Dhabi (Al-Ittihad) The “Barza Ramadan” program, which was broadcast by Emirates FM Radio, which is affiliated with the Abu Dhabi Radio Network, won first place as the best cultural radio program within the Al Owais Award for Creativity in its 27th session, which was established to encourage Emirati researchers to serve development issues and highlight the multiple talents. In research and scientific, literary and artistic innovation.

The “Barza Ramadan” program, which was shown last Ramadan, hosted a number of local personalities and senior citizens, who played a prominent role in the history of the country, to shed light on Ramadan situations and events in the lives of its guests that had a positive imprint on society, and it was prepared and presented by Hareb Al Suwaidi. , artistic coordination Tharwat Mustafa, and directed by Yacoub Al-Russi.

Abdul Rahman Awad Al Harthy, Executive Director of the Abu Dhabi Broadcasting Network, said: “We are pleased to have received the Al Owais Award for Creativity, which confirms our constant endeavor at Abu Dhabi Media to meet the preferences of all followers and listeners through our radio and digital platforms, and to consolidate national culture and provide diverse and purposeful content to enhance awareness. The National Day for all our listeners, shedding light on the achievements of the Emirati society in various fields.” .

Since its establishment in 1995, Emarat FM has succeeded in attracting audiences in the UAE and the Arab Gulf states to listen to a range of interactive and entertainment programs, lyrical and musical segments, and news, most notably its morning program “Ahla Sabah” and the popular public program “Aqt Bahr” and the diverse program “Emarat FM” The afternoon stations, the evening magazine “Ahla Massa” and “Emarat FM Songs Sessions” available through the Emarat FM application.

It is noteworthy that the Abu Dhabi Radio Network has made comprehensive updates to its websites, launched new digital platforms and applications that include the latest technologies from live broadcasting and re-watching services, and the integration of technologies such as “Alexa” and “PressReader” in a fully compatible with the operating systems “iOS”. And Android, in addition to developing the communication experience through the Apple TV application.