Emiliano Sala’s family and their heartbreaking request: ‘The complete truth’ 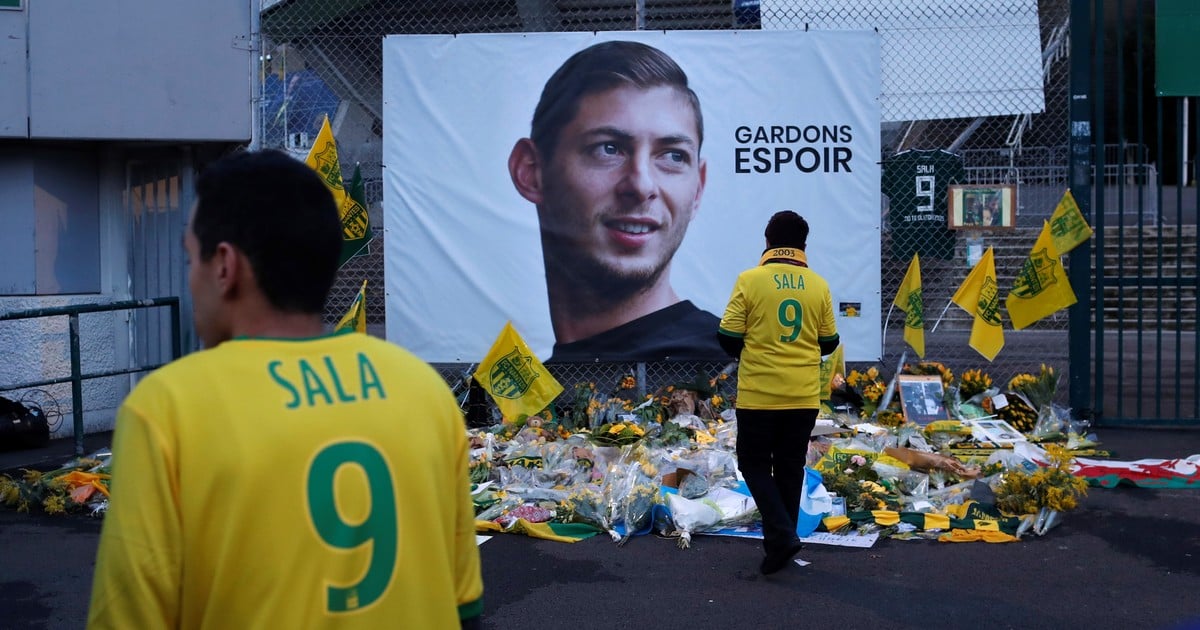 Two years have passed this Thursday since the tragic death of Emiliano Sala in a plane crash at English Channel, on his way from France to Wales to join the British team, Cardiff city.

That January 21, 2019, the Argentine forward, who was breaking it at Nantes, decided to change teams to continue growing and fulfill his Premier League dreams. He boarded a “gray charter”, known for not having the proper licenses to travel, bound for Great Britain. The pilot of the aircraft was David Ibbotson.

They never reached their destination. The plane crashed while crossing the English Channel. The remains of Emiliano Sala and the fuselage were found after a special operation financed by the family. The body of the pilot was never found. And, beyond that there is an ongoing investigation, two years have passed and there are no culprits.

Emiliano Sala played between 2015 and 2019 in the French team and became very loved by the fans. Photo: AFP.

The footballer’s family, represented by the lawyer David machover, try “establish the whole truth” about the causes of the aircraft crash. Nothing is known for sure yet. In this sense, the lawyer requested that an investigation be initiated into what happened two years ago.

Neither the pilot nor the aircraft had the required license to operate commercial flights. David Henderson was the pilot hired to take Sala from Nantes to Cardiff, but gave his place to Ibbotson. Why? Justice investigates it, but still there are no answers.

A few days after the death of Emiliano Sala, the memory of Nantes in a match for Ligue 1. Photo: AFP.

Shortly before the accident, Emiliano Sala had sent messages from his cell phone commenting that I thought the plane was going to crash.

The family lawyer said in a statement: “It is a tragedy that two years have passed since the death of Emiliano and we still don’t know exactly how and why he died. An investigation is the only way to establish the full truthSo the family doesn’t have to endure another sad anniversary with no answers. “

According to the official report of the experts, Ibbotson lost control of the aircraft after making a manual turn. The result was probably because “it was not performed in accordance with the safety standards applicable to the commercial operation.”

The plane was found after the operation financed by the player’s family -the same one that allowed them to find Sala’s body-, but the authorities decided not to recover the remains of the aircraft from the seabed. The family and the lawyers warned that he could have produced vital evidence to know what happened. The investigation was scheduled for early 2020 but everything was delayed by the coronavirus.

Nantes remembered Emiliano Sala on the second anniversary of his death and withdrew jersey number 9 in honor of the player. “Emiliano is in our memories,” he said in a statement. The French team is still waiting for Cardiff City to pay the debt corresponding to the player’s pass. The family still awaits justice. Two years have passed.

Literature. The one who changed his point of view