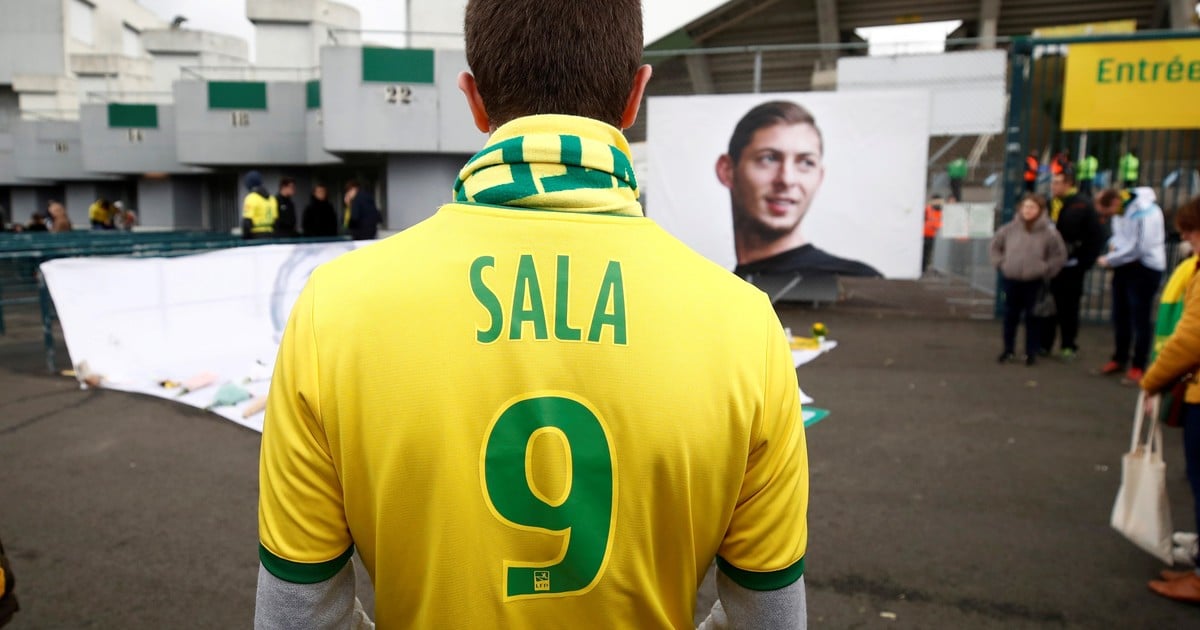 The transaction in which the footballer Emiliano Sala had agreed to join Cardiff City from Nantes had the intervention of a Scottish agent, Willie mckay, who is also responsible for organizing the flight that moved the Argentine from France to the United Kingdom and rushed into the English Channel.

Willie McKay and his son Mark were in charge of mediating for Nantes and Cardiff City to reach an agreement for the pass of the late striker: the Welsh were going to pay 17 million euros for their chip, the highest value of the club in history.

McKay Sr. was charged with “property fraud”, since it was he who arranged the private flight that finally fell into the waters of the English Channel, led by pilot David Ibbotson, who was also presumed deceased.

On January 21, 2019, Emiliano Sala He undertook the trip to Great Britain after having passed through the French institution where he had played in the last three and a half years, to say goodbye to his teammates, coaching staff and leaders.

Mark McKay was, together with his father Willie, responsible for chartering the plane in which Emiliano Sala was traveling.

He did it on a charter, aboard a Piper PA-46 Malibu, a small plane whose service was contracted by the McKays. According to him Cardiff city, had offered the Argentine to travel on a commercial flight, and Scottish agents said they had to charter the transport at the request of Sala, who had told them that the Welsh club had not planned the trip.

The Scottish businessman agent questioned Cardiff and accused him of “abandoning” the unfortunate Santa Fe striker, who died at 28, after the accident that occurred on January 21.

Sala’s body was found almost two weeks after the tragedy inside the wreckage of the Piper Malibu aircraft, while Ibbotson’s corpse never appeared.

In addition to this accusation, McKay carried a criminal recordWhen it became known that he was charged with the death of Sala and Ibboston, a statement from the Insolvency Office noted that the 61-year-old Scotsman was twice involved in fraudulent operations.

Emiliano Sala, aboard a plane.

In November 2007 London Police arrested Willie McKay in an operation that included the arrest of four other people, all linked to Portsmouth FC, including the club’s executive director, Peter Storrie.

The Scottish representative had participated in three of the 17 signings that at that time UEFA and FIFA described as illegal and generated the opening of the case.

In December 2008 he was suspended by the FA (English Federation) for two years, after being found guilty of acting for two different clubs in two consecutive transactions involving the same player. The commission found that McKay acted on behalf of Auxerre when Benjani joined Portsmouth in January 2006 and then did so on behalf of Portsmouth when the Zimbabwe forward was transferred to Manchester City.

How did Emiliano Sala pass to Cardiff?

Willie mckay admitted to the press that his family arranged and paid for the flights linked to Emiliano Sala before his death. And he revealed that the then coach of the Cardiff city, Neil Warnock, was a passenger on two of those flights organized by him.

The Piper Malibu in which Emiliano Sala was traveling on the day of his death.

The Scotsman proved that he was not the owner of the plane, so much so that the Air Accident Investigation Agency (AIIB) accepted that this evidence is part of the case that will try to solve the causes of the accident.

The businessman said he was doing Sala “a favor” by organizing his flight back to Nantes to say goodbye to his friends and bring his personal effects back to Cardiff.

In the transaction, Mark, one of McKay’s twin sons and registered agent, I was going to receive 10 percent of the Sala transfer of 17 million euros with the Wales club.

The plane that was carrying Sala disappeared on January 21, 2019 on the English Channel, one hour after taking off from Nantes airport in bad weather, on the way to Cardiff. There were only the footballer and the pilot aboard the Piper Malibu, which appeared at a depth of 63 meters.

Image of the plane, at the bottom of the sea, taken by rescuers.

The McKays alleged that they were acting as intermediaries on behalf of Nantes, which had given them a mandate to find a Premier League buying club for the Argentine striker.

The first flight organized by McKay within the framework of the Emiliano Sala pass was on December 5. It was from Stapleford, a small airport, to Nantes after Cardiff played West Ham. Neil Warnock, Kevin Blackwell, Mark and Willie Mc Kay traveled.

Upon arrival they met Andoni Zubizarreta, former goalkeeper for Barcelona and the Spanish national team who currently serves as the sports director of Olympique de Marseille to discuss which French club players were available in the January transfer market.

They also watched the match between Nantes and Marseille, which featured Emiliano Sala as the main protagonist (he scored the first goal in his team’s 3-2 win). Then they all returned to Great Britain.

On January 6, Willie McKay sent an email to Sala. The footballer’s agent, Meisa N’Diaye, called McKay and arranged for the Santa Fe to meet Warnock before Nantes played Montpellier on 8 January.

McKay he arranged a flight with Warnock, Mark McKay and Cardiff City manager Callum Davies on board. They went to see what was going to be the penultimate game of Room in Nantes; he was going to say goodbye on January 13, against Rennes.

Room and a friend met Warnock at a hotel in Nantes. There, the Cardiff City coach invited Agent N’Diaye already Room to see the Welsh club’s stadium and meet with CEO Ken Choo to discuss the terms of the contract. They all flew to Cardiff on January 9, 2019, with tickets paid for by Mark McKay.

Back in Nantes, Sala flew back to Cardiff on January 14, 2019. A plane picked up his agent N’Diaye in Paris and then went to Nantes to pick up Sala and take them both to Cardiff. N’Diaye went to the stadium and talked about the contract.

That same day he returned to Paris via Nantes. The Argentine left the plane in Nantes and N’Diaye continued to Paris. The plane then returned to the island of Guernsey, where it was based.

On January 18, 2019, the transfer of Emiliano Sala was agreed, but the Argentine was never going to reach the destination on what was to be his last flight from Nantes to Cardiff.