Emelianenko spoke about plans for a fight in Russia 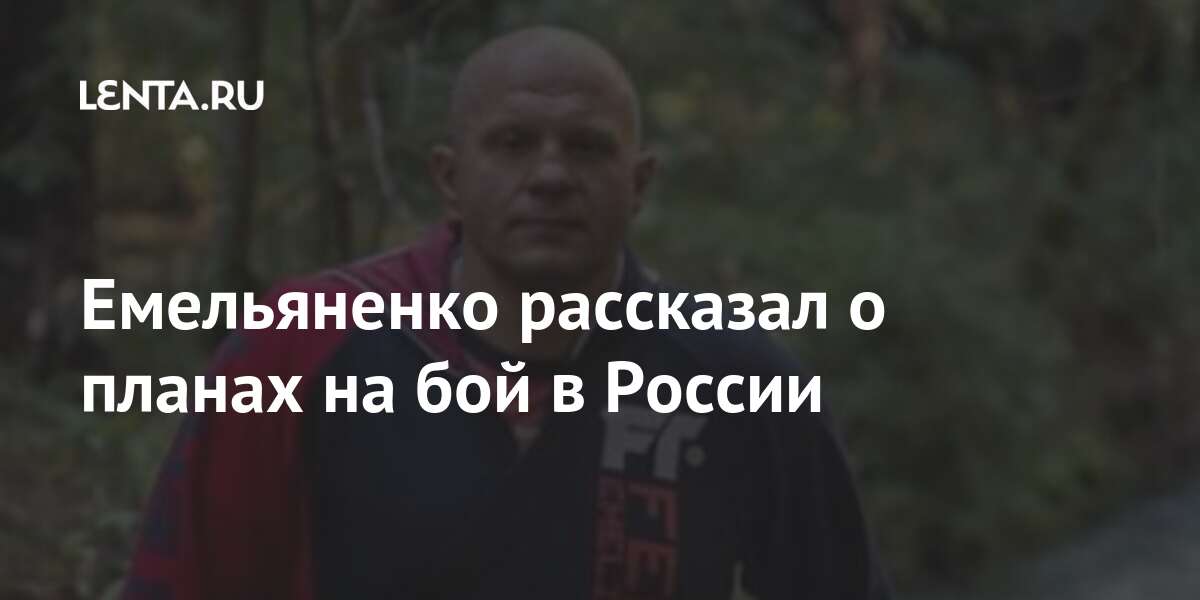 Russian mixed style fighter (MMA) Fedor Emelianenko spoke about plans to hold a fight in Russia. It is reported by TASS…

The 44-year-old heavyweight said he has already spoken to Bellator chief Scott Cocker. According to Emelianenko, the organization plans to hold a tournament in Russia with spectators.

On April 17, Cocker announced that Emelianenko would complete his performances in two fights. He stressed that it is important that spectators watch the last fights of the famous heavyweight from the stands.

The last time Emelianenko fought in December 2019. Then he knocked out American Quinton Jackson at a tournament in Japan.

Emelianenko is known for his performances in Rings, Pride, Strikeforce and Bellator. On account of his 39 victories with six defeats.