Ema approves the Novavax vaccine, based on recombinant proteins 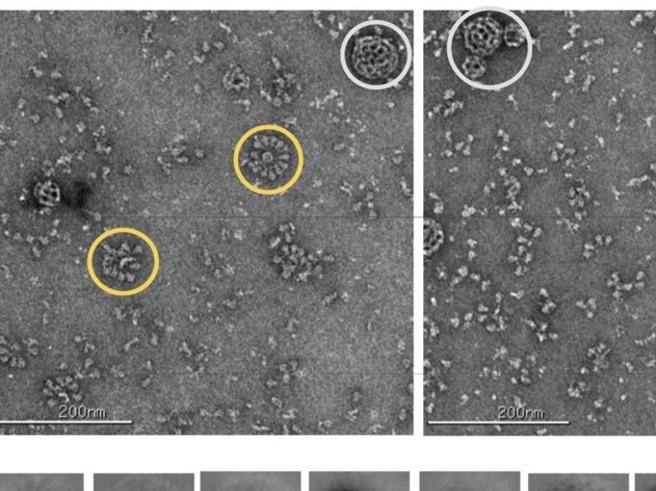 Technology in use for 30 years, even with newborns. A possible weapon for the indecisive and fearful. The efficacy is high and comparable to the two RNA-based vaccines, but there is the unknown variants, especially Omicron. The EU has already made the orders

The EMA, European Medicines Agency has approved the Covid vaccine of Novavax, US company based in Maryland,
called Nuvaxovid (NVX-CoV2373). the fifth vaccine against the Covid virus authorized in Europe. indicated for ages 18 and up. Currently authorized as an emergency in some Asian countries (Indonesia, Philippines). And the European Commission has already announced that it has ordered 27 million doses that will arrive in the first months of 2022. The contract signed with Novavax then allows Member States to purchase an additional 100 million doses in the course of 2022 and 2023.

It remains to be dissolved, however, theunknown variants. Novavax is continuing testing on its third dose confirming an increase up to 4.3 times more peak of the two doses, with a variant-specific response 8.1 times higher delta compared to the primary vaccination course. This increases the possibility that Novavax will also allow wider antibody coverage to have some protection against the Micron, but there are no specific studies on this. The company announced that it has begun studies on the subject and has started the development of a specific vaccine against Omicron which could see the light in January.
How will a new vaccine react to Omicron? Could Novavax be used only as a booster (third dose)? It could be used in developing countries where the vaccines used are not effective against Omicron (Chinese vaccines are ineffective against the variant, we wrote about HERE
)? The answers to the questions about this variant of concern are fundamental to understanding how Novavax’s offer would fit in this varied context.

Side effects seen with Nuvaxovid in studies were generally mild or moderate and were eliminated within a couple of days after vaccination. The most common were tenderness or pain at the injection site, fatigue, body aches, headache, general feeling of discomfort, joint pain, and nausea or vomiting. There were no episodes of Guillain-Barr syndrome, myocarditis or pericarditis and vaccine-induced immune thrombosis with thrombocytopenia during the relatively short (two-month) safety follow-up period considered. Long-term safety monitoring continues for 24 months after the initial vaccination.

The strength of Novavax is the technology on which it is based, which, in use for many years, could in theory also convince those who do not want to get vaccinated with Pfizer and Moderna. The vaccine proposed by the US biotechnology house based, in fact, on the technology of recombinant proteins, which can, that is, assemble to form viral-like particles that cause the immune system to produce antibodies. a vaccine platform well tested in the past and now. The vaccine is given in two equal doses 21 days apart and stored at normal refrigerator temperatures for up to 6 months.

NVX-CoV2373 (the name of the vaccine, ed) introduces the Spike protein developed in the laboratory and mixed with an adjuvant into the body based on saponin which serves to stimulate the innate immune system. The latter in turn helps the triggering of the “adaptive response”, that is the T and B lymphocytes, and consequently the production of antibodies directed against the coronavirus, he explained to the Courier service
Sergio Abrignani, member of the Scientific Technical Committee (Cts) and Full Professor of General Pathology at the State University of Milan. a technique used for more than thirty years: it has made it possible to produce vaccines used today also to protect babies, without the risk of side effects notable: they are those againsthepatitis B, meningococcus B, herpes zoster and HPv. It can represent an important weapon for undecided and fearful people, Abrignani stressed.

How (and by whom) it will be used

Global health authorities, including the head of the European Medicines Agency (EMA), Emer Cooke, have said that maintaining a diversified portfolio of vaccines that they use different technologies the best way to protect yourself from new variants coronavirus and the unforeseen developments of the pandemic. An agreement is in force in the EU for 200 million doses that can be donated to the poorest nations. Novavax will exploit for production the partnership signed with the Serum Institute of India (SII), the largest vaccine producer in the world by volume, which will supply the initial doses for the EU which should arrive in January.
The Novavax vaccine could also prove extremely important for low-income countries and for Covax, the WHO program for access to vaccines in these states.

Marko holds out his hand to Mercedes: "Great gesture to give up the appeal" | FormulaPassion.it

Green Pass, the Chamber rejects the appeals of the Cunial: you enter with the card