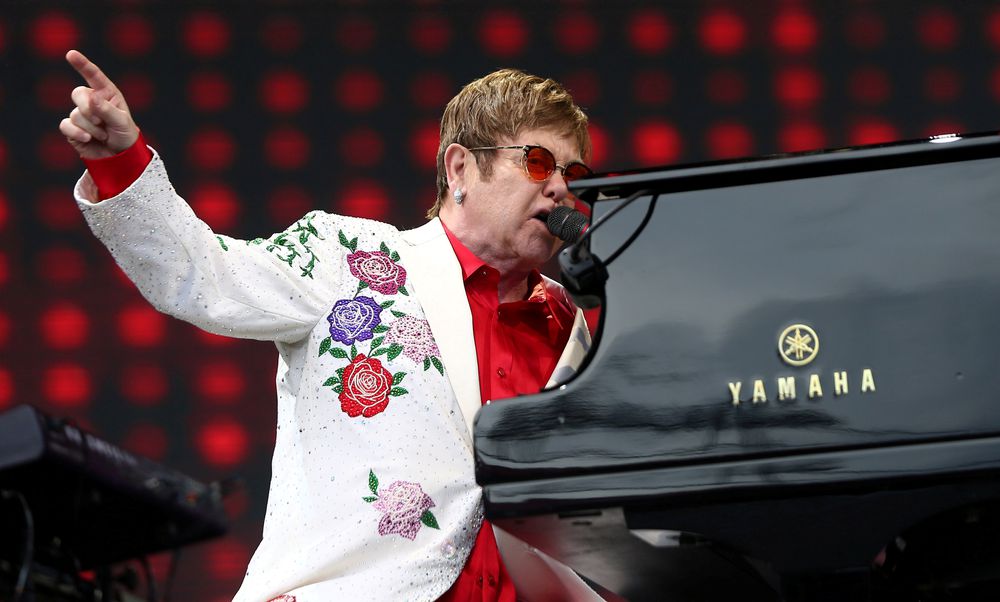 Elton John has denounced the “hypocrisy” of the Vatican for refusing to bless homosexual marriages, after the Congregation for the Doctrine of the Faith (CDF) published a document on Monday in which it clarified that priests cannot carry out this action since that “God cannot bless sin.”

Pope Francis has approved the text, which comes just a few months after the uproar that arose as a result of a documentary by the Russian-born director Evgeny Afineevsky in which the Pontiff assured that homosexuals “are children of God, they have the right to a family. ”. “What we have to do is create a civil union law. This is how they are legally covered. I supported that ”, the Pontiff pointed out in the film. Francesco and whose statements corresponded to an interview of Francisco I with the Televisa chain in 2019. A position that, in no case, had to do with supporting homosexual marriage or with the renouncement of the conviction that the sexual acts carried out between people of the same sex are sin.

In the new published text, the body does endorse that blessings are given individually to people “with homosexual inclinations”, who “manifest the will to live in fidelity to the designs revealed by God as well as those proposed by ecclesial teaching” , but in no case does this imply recognizing their unions, they emphasize. The document is the answer to questions presented by parishioners and pastors who demanded clarification on this controversial issue.

After hearing the news, the British musician has not hesitated to go to his social networks to criticize the decision and recall information from 2019 that claimed that the Vatican helped finance Rocketman, her biopic that highlights the singer’s marriage to her husband, David Furnish. How can the Vatican refuse to bless gay marriages because ‘they are sin’ and yet happily make a profit by investing millions in Rocketman, a film that celebrates that I found happiness in my marriage with David, “wrote Elton John adding the tag” hypocrisy “and next to two images from different media that corroborate his words.

Elton John refers to the information published in December 2019 by the Italian newspaper Il Corriere della Serra, and echoed by other newspapers, about the mysterious finances that link the Vatican to the island of Malta. According to the article published by the Italian media, the Vatican, through the funds obtained in Peter’s Pence, the offerings or donations that the faithful make directly to the Holy See of the Catholic Church, allocated more than four million euros to finance the production of some films, such as the latest installment of Men in Black and the biopic by Elton John.

Elton John served as executive producer on her film and her husband, David Furnish, also served as producer on the film. According to some specialized media such as Variety, Rocketman It cost about $ 40 million and grossed about $ 195 million at the box office after its release on May 31, 2019.

Elton John’s criticisms of Pope Francis contrast with the enthusiasm and fierce defense that the British musician has made publicly and on more than one occasion about the Pontiff. In 2013, four months after his election as bishop of Rome and after being named “man of the year” by the magazine Vanity fair, the performer of hits like Your song or Sacrifice defined Francis I as “a miracle of humility in the age of vanity.” “This Pope seems to want to lead the Church to the ancient values ​​of Christ and, at the same time, accompany her in the 21st century. If you know how to reach children, women, men who live with AIDS – often alone and hidden in silence – your beacon of hope will carry more light than any progress in Science, because no drug has the power of love ”, He specified then.

A year later he renewed his praise for Pope Francis during the annual AIDS charity gala organized by the Elton John Foundation in New York, in which he proposed that he be sanctified and defined him as “my hero.” “Ten years ago, one of the main obstacles in the fight against AIDS was the Catholic Church. Today we have a Pope who speaks openly about it “, said the singer during the gala, adding:” Let’s make this man holy now. ” Opinions now clouded by the path that the Church maintains with respect to homosexuals and from which Pope Francis seems not to want to deviate explicitly.

Povetkin sparred with the Ukrainian Hulk

Rolled Out! is a Super Monkey Ball clone featuring other trapped animals

Visa | Ferrari, Rellu or Pösö? Test your knowledge in the HS car test