Elon Musk won Jeff Bezos a $ 2.9 billion contract from NASA to go to the Moon 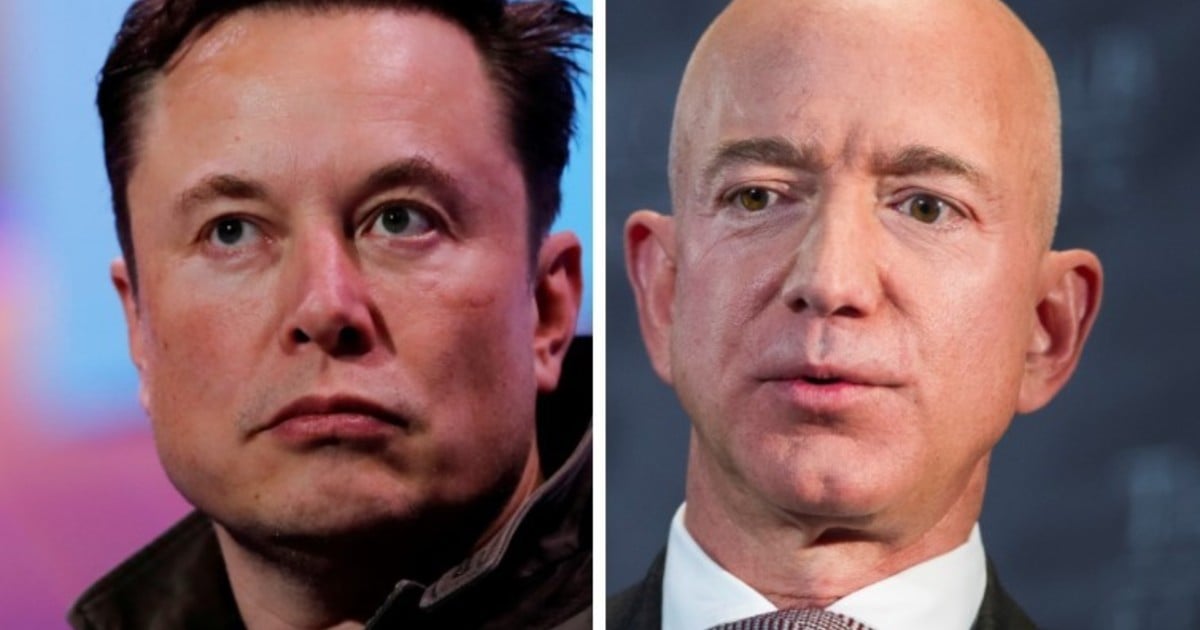 In the battle for space conquest, Elon Musk won a battle of $ 2.9 billion to Jeff Bezos: NASA selected SpaceX, Musk’s aerospace company, to land on the Moon its first astronauts since 1972.

The huge budget that the North American aerospace entity will allocate to it includes the prototype spacecraft Starship which is being tested at the company’s facilities, which the mogul Musk owns in South Texas.

“Today I am very excited, and we are all very excited, to announce that we have chosen SpaceX to continue the development of our integrated human landing system“said Lisa Watson Morgan, manager of that program at NASA.

SpaceX prevailed over Jeff Bezos’ Blue Origin and Defense contractor Dynetics, to be the sole supplier of the system, despite the fact that NASA normally chooses several companies in case one fails, according to the news agency. AFP.

Bezos and Musk are the two richest people in the world today.

Last year, SpaceX became the first private company to successfully send a crew to the International Space Station, reestablishing the American ability to accomplish the feat for the first time since the shuttle program ended.

For its Moon landing bid, SpaceX proposed its reusable Starship spacecraft, designed to carry large crews and cargo for deep space travel, and land in a vertical position both on Earth and on other celestial bodies.

Prototypes of the ship are being tested at the company’s facilities, although all four versions that have so far attempted test flights have exploded.

As part of the Artemis program to return humans to the Moon, NASA wants to use its Space Launch System to transport four astronauts aboard a Orion crew capsule, which will later dock with a lunar space station called the Gateway.

The Starship will be waiting to receive two crew members for the final leg of the journey to the surface of the Moon.

The idea is for Gateway to be an intermediate station, but for the initial mission Orion could dock directly to the Starship, Watson-Morgan said.

The astronauts would then spend a week on the Moon before boarding the Starship to return to lunar orbit, and then boarding Orion back to Earth.

Separately, SpaceX has plans to combine the Starship spacecraft with its own super heavy-lift rocket, to make a combined spacecraft that will have a height of 120 meters and it will be the vehicle most powerful launch vehicle ever deployed.

NASA wants to go back and establish a sustainable presence on the Moon, with a space station to test new technologies that will pave the way for a manned mission to Mars.

In 2019, then-US Vice President Mike Pence challenged NASA to land the first woman and the next man on the moon by 2024, but that term is likely to be flexible under the presidency of Joe Biden.

Another change under the current Biden administration is its stated goal of placing the first person of African American descent on the Moon under the Artemis program.

The US space agency NASA and SpaceX confirmed last Thursday that they are ready for the launch from Florida (USA) of the second manned commercial mission to the International Space Station (ISS), on April 22, but they must first overcome a “small “Falcon rocket problem.

SpaceX Crew 2 thus maintains its launch plans with four astronauts on board for next Thursday from Kennedy Space Center of Florida (USA), they indicated this Thursday in a joint press conference.

Elon Musk’s aerospace company however detailed that the problem has to do with the Falcon 9 tanks, which are loading increased liquid oxygen configured and that they will work on that Thursday night and Friday morning.

SpaceX specified that although it is about “a little difference” they are investigating the mismatch and consulting with NASA.

Falcon 9 is a reusable two-stage rocket designed and manufactured by SpaceX to transport people and cargo to Earth orbit and beyond.

It is the first, in fact, reusable orbital-class in the world, allowing for SpaceX to reuse the most expensive parts of the rocket, which in turn reduces the cost of access to space.

The mission is the second commercial, which will relieve the SpaceX Crew-1, which departed from the Cape Canaveral base in November of last year, and also the first in which two astronauts from NASA partner space agencies participate.

The return and landing of the Crew-1 mission are scheduled for April 28, which would be delayed in the event that Crew-2 launch postponed.