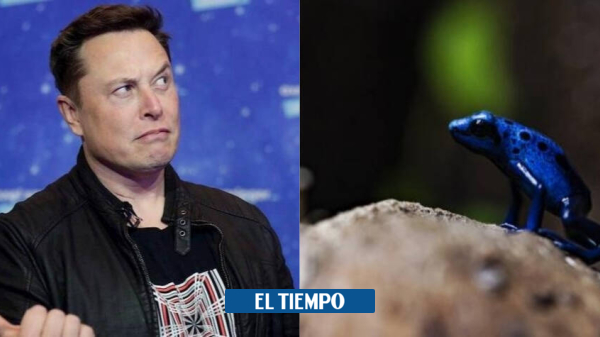 Entrepreneur and CEO of successful companies like Tesla and SpaceX, Elon Musk, made some assertions in the face of a recent investigation related to a possible mass extinction of biodiversity that may sound quite catastrophic, not only for humans but for the beings that inhabit the earth.

“The history of life on Earth has been marked on five occasions by events of mass extinction of biodiversity caused by extreme natural phenomena. Today, many experts are warning that a sixth mass extinction crisis is underway, this time caused entirely by human activities.”, is what an article in ‘Phys.org’ ensures based on research carried out by biologists from the University of Hawaii at Manoa and the Muséum National d’Histoire Naturelle in Paris (France).

They speak of a sixth mass extinction due to the number of species that have been lost.

According to the article, the researchers “extrapolated estimates obtained for land snails and slugs, estimating that since the year 1500 the Earth may have lost between 7.5 and 13 percent of the two million species known on Earth: a staggering 150,000 to 260,000 species.”

Faced with these statements, Musk spoke on social networks: “There is a 100 percent chance that *all* species will become extinct due to the expansion of the sun, unless humanity makes life multiplanetaryMusk wrote on Twitter.

For its part, the article proposes a different solution: conservation initiatives of species that, although they cannot be applied to all living beings “and the general trend of extinction cannot be reversed”, point out the importance of continuing efforts and documenting biodiversity before it disappears.

There is a 💯 chance of *all* species extinction due to expansion of the sun, unless humanity makes life multiplanetary

A cell phone that works on Mars?

Did you imagine it?: the technological predictions for 2022 Mexico.- AMLO enjoyed reporting on violence with Felipe Calderónexpressed Carlos Loret de Mola and assured that now he attacks those...

Berlin prepares for the largest pedestrian area in the world | FormulaPassion.it