Elizabeth II knighted the creators of the COVID-19 vaccine 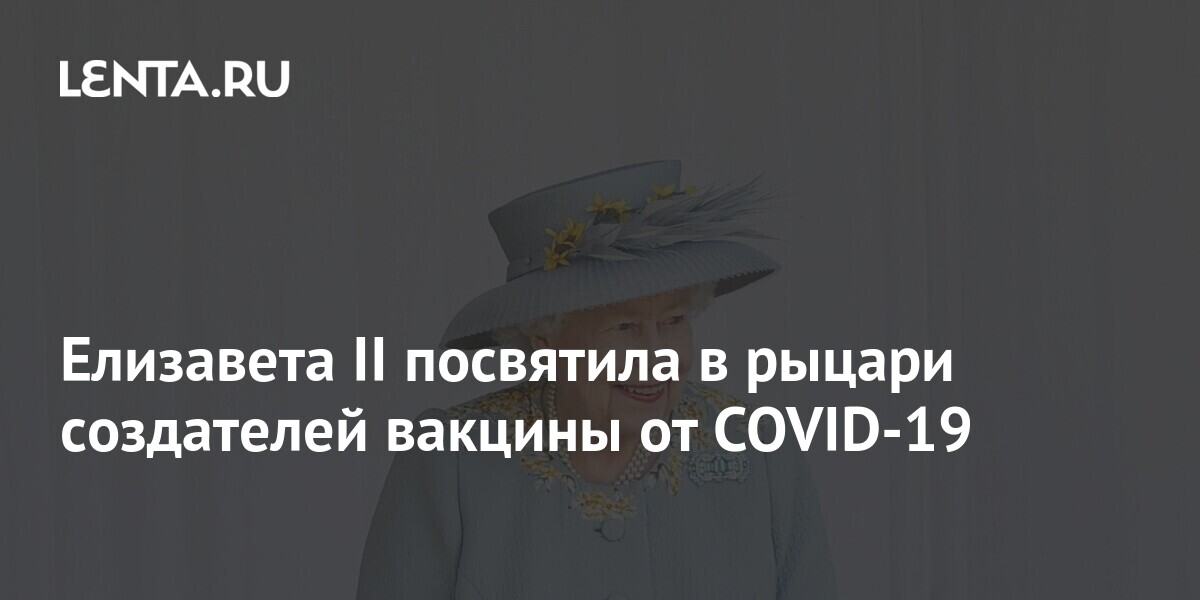 British Queen Elizabeth II bestowed knighthoods on the creators of the COVID-19 vaccine. So, professor at Oxford University Sarah Gilbert, who led the process of creating a British drug for coronavirus, became a Lady Commander of the Order of the British Empire, reports TASS…

Gilbert was not only knighted, but also presented with the second most important of the five degrees of the main state award of Great Britain. Andrew Pollard, the head of the vaccine research group at Oxford University, also received the high title for testing the drug AstraZeneca. The knighthood was also awarded to the former head of the vaccine task force, Keith Bingham, and others.

In addition to doctors, the honorary awards from Elizabeth II were received by workers of culture and art, sports, charity. For example, actor Jonathan Price, who played Pope Francis in The Two Popes (2019) and will play the deceased husband of the Queen Philip, Duke of Edinburgh, in the fifth season of The Crown.

Traditionally, the list of laureates of the state award is announced twice a year: before the New Year and in June, when Elizabeth II celebrates her official birthday. In 2020, due to the pandemic, the announcement of the “summer” list was moved to October.

Earlier, Elizabeth II knighted British World War II veteran Tom Moore, who raised millions for doctors in the fight against coronavirus. During the ceremony, the Queen touched the veteran’s shoulder with the sword of her father George VI.