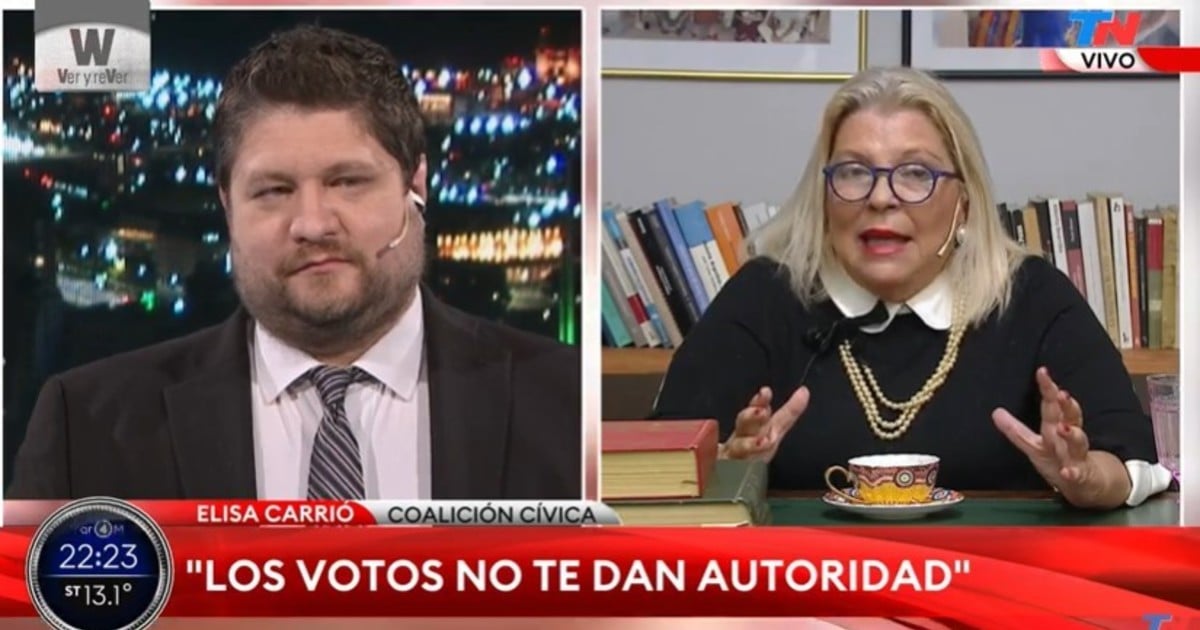 “Alberto Fernández is a thread, it is like a small seam that comes out, did you see? Like a diaper of these … I don’t know …, a cotton that frays. But he is the President. But he keeps with everyone those who say that ‘he has to go’ that after he is two years old the President could be Cristina Kirchner“.

With those terms, Elisa Carrió defined the President of the Nation during an interview with All News this Tuesday night.

It was within the framework of a day traversed by the ruling of the Supreme Court in favor of the City, in relation to the conflict of school attendance in the middle of the second wave of coronavirus and the saturation of the health system.

“The only thing the Court did is state the obvious. The Court pacified, there are no longer doubts, there are no doubts for the City or for the rest of the provinces. The court has pacified through the law, “Carrió said.

In this scenario, for the head of the Civic Coalition Alberto Fernández it is “weakened of power” or, even more, “it has no power.”

Instead, he said, the vice president wants to “turn it over” by “undermining” the Minister of Economy Martín Guzmán, whom he characterized as “worn out” after the intern there was for the increase in electricity rates and the Basualdo affair.

For this reason, Carrió answered “exactly” when the journalist Nicolás Wiñazki asked him if “Cristina is Alberto Fernández’s coup leader.” The former deputy developed: “Is to flip what the people chose as established by the Constitution “.

“A blow against the institutions”

The expressions around “the coup” arise from an idea developed earlier by Cristina Kichner through her Twitter account, who accused the Supreme Court of a “coup against democratic institutions” after the court ruling.

“Honestly, it is very clear that the coups against the democratic institutions elected by the popular vote are no longer like they used to be,” CFK tweeted.

The vice added: “Today, the Court has just decided, in the midst of a pandemic decreed by the WHO, a health emergency sanctioned by the National Congress and with more than 65,000 dead in Argentina, that the National Executive Power does not have powers to take sanitary measures “.

Carrió expressed his opinion about these tweets: “We must not make mistakes between Argentina as a whole and Cristina Kirchner’s Twitter accounts. We must not enter into small politics and less in the tweets of fury because we already know that she gets furious.”

Finally, he understood that Governor Axel Kicillof “is Cristina Kirchner” and concluded about Guzmán: “Hit the only minister who shows any reasonableness. Guzmán does not have much margin “.